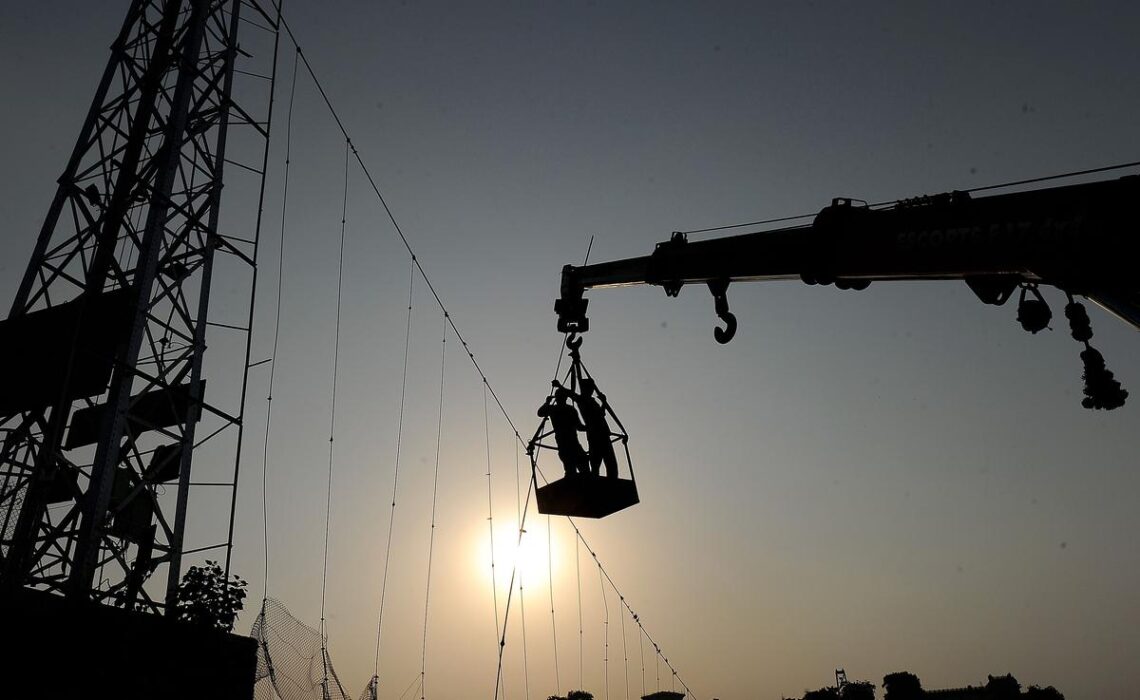 A day after the Morbi bridge collapse in Gujarat, the police arrested nine persons, including the managers of private contractor Oreva Group and ticket clerks and security guards.

The death toll in the bridge tragedy climbed to at least 140 on Monday. As many as 177 persons were rescued during the search and rescue operation conducted by multiple agencies including the Navy, Army, fire brigade and disaster response forces at the national and State levels.

“We have arrested nine people after filing FIR under various sections of IPC. The arrested persons include the managers of Oreva company and ticket clerks,” Ashok Yadav, IG, Rajkot range told journalists.

Mr. Yadav added that “no one will be spared” as the investigation has just begun.

An FIR has been filed by Morbi B Division Police against maintenance and management agencies of the bridge under Sections 304 (culpable homicide not amounting to murder), 308 (attempt to commit culpable homicide) & 114 (abettor present when offence is committed) of the Indian Penal Code.

Among the victims were 47 children and over 50 women, with many families losing multiple members.

The Gujarat government is being cornered regarding handing over the British-era suspension bridge to a local company — known for wall clock and electronic appliances manufacturing — for the repair, upkeep, maintenance and management of the bridge for 15 years.

Morbi-based Oreva Group was awarded the contract in March this year to maintain and manage the bridge by the Morbi municipality. After repairs, the bridge was reopened to the public on October 26 and within a few days, as many as 10,000 people, visited it.

It has emerged that after the renovation, no safety audit was conducted and the bridge was reopened without the nod of the local civic body. Municipal officials claimed that no permission was sought from the civic body before reopening the bridge to the public.

With the reopening marked by a gala ceremony, it is unlikely that it did not come to the notice of the administration which, according to Opposition party leaders, should have put a stop to any use of the bridge without requisite permissions.

“The Chief Minister is also the Urban Development Minister of the State and this is under his jurisdiction, so he must be sacked immediately,” Congress leader Pawan Khera told mediapersons in Ahmedabad.

Jill and I send our deepest condolences to the families who lost loved ones during the bridge collapse in India, and join the people of Gujarat in mourning the loss of too many lives cut short. In this difficult hour, we will continue to stand with and support the Indian people.

It is unclear how the Oreva Group managed to get the contract to maintain a historic bridge that required special expertise and attention given its age and the extensive damage it had suffered in an earthquake of 2001.

Sources from Morbi said that the local authorities in the town had been reluctant to hand over the maintenance to the Oreva Group but eventually did after a nudge came from Gandhinagar, the State capital.

Video on the aftermath of the morbi bridge collapse
| Video Credit: ANI

The Gujarat government has made no statement on the issue and no statement was forthcoming from the Oreva Group from Morbi or from their corporate office in Ahmedabad. Its main promoter Jaisukh Patel was not reachable. The police have arrested two senior managers of the firm.

Meanwhile, the tragedy remained the focal point of political developments on Monday with Prime Minister Narendra Modi expressing condolences in a choked speech in three political events in various parts of the State. The PM is scheduled to visit the site and will likely meet the families of victims on Tuesday afternoon.

On Monday, he first attended the celebrations of National Ekta Diwas at the Statue of Unity in Kevadia, then launched some development projects at Tharad and also inaugurated projects of the Railways in Ahmedabad. The Prime Minister’s roadshow in Ahmedabad was cancelled in the wake of the tragedy in Morbi.

Mr. Modi also held a review meeting at Raj Bhavan in Gandhinagar and directed officials that all possible assistance be provided to families affected by the tragedy.

Top Congress leaders, including Rajasthan Chief Minister Ashok Gehlot, visited Morbi to meet the families of the victims and demanded strong action against those who had been negligent.

How Lula made a comeback by beating a sitting President