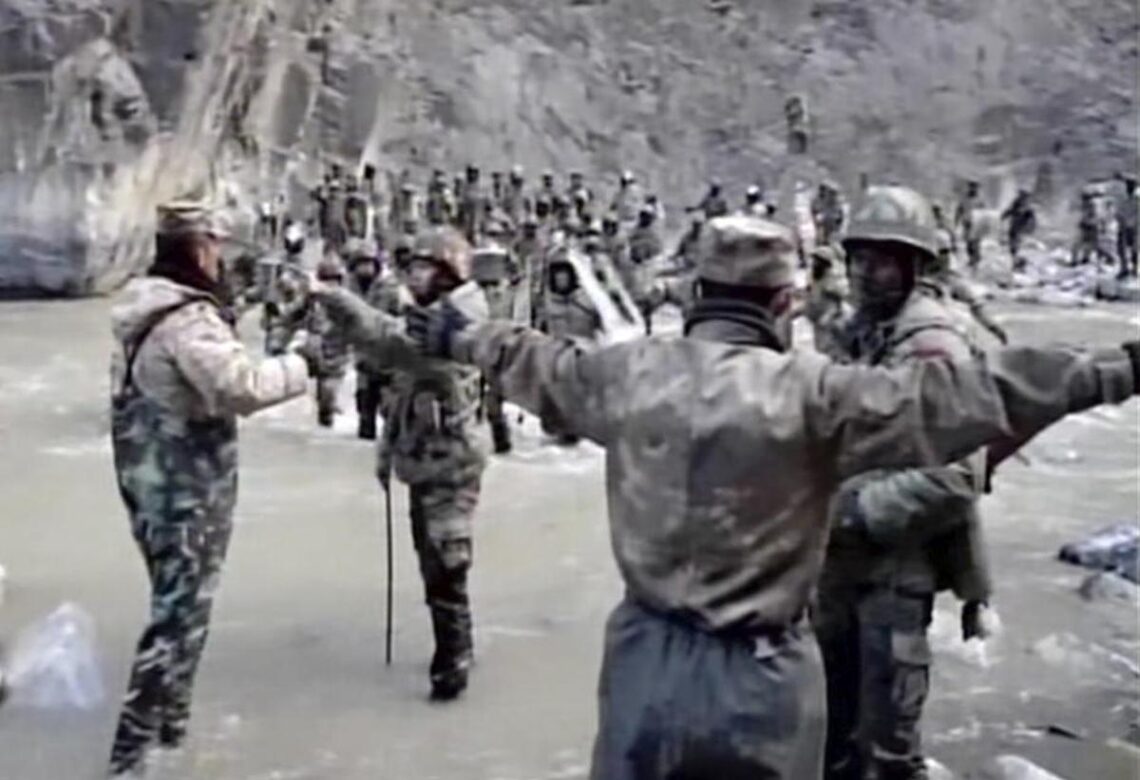 PLA Commander Qi Fabao was among the party’s 2,296 delegates from around the country

PLA Commander Qi Fabao was among the party’s 2,296 delegates from around the country

Minutes before Chinese leader Xi Jinping ascended the stage at Beijing’s Great Hall of the People to open China’s once-in-five-party congress on October 16, the screens at the venue played a video showcasing the country’s major achievements in the past decade.

Among the expected visuals of China’s space programme and its new home-grown passenger jet, the C919, was an image from Galwan Valley on the India-China border.

The image showed the PLA Commander Qi Fabao, standing with his arms outstretched facing Indian soldiers, an image that Chinese military propaganda has widely circulated since the Galwan clash.

The PLA commander was not only on the Great Hall of the People’s screens but in the audience during Mr. Xi’s speech. He was selected among the party’s 2,296 delegates from around the country — a politically significant move, observers said, that was meant to send a signal both at home and abroad.

The PLA’s aggressive moves along the Line of Actual Control starting in April 2020 have plunged ties with India to the lowest level in decades. The clash in Galwan Valley, in which Qi Fabao was involved and injured, led to the loss of 20 Indian soldiers and at least four Chinese soldiers, marking the worst violence on the border since 1967. The PLA has since dragged its feet in disengaging and de-escalating. Both sides have disengaged at five friction points, but are yet to in Demchok and Depsang.

The Galwan Valley clash has, however, still remained a key narrative point for the Chinese military in the past three years. It was even figured in the PLA’s 95th anniversary exhibition that Mr. Xi inaugurated last year.

Qi Fabao was this year chosen among the military’s delegates to the congress. In July 2021, Mr. Xi, who in his speech to the opening of the congress on October 16, pledged to “resolutely safeguard sovereignty”, bestowed the Communist Party’s July 1 medal, to mark its 100-year anniversary, on Chen Hongjun, one of the four PLA soldiers reported killed in the clash.

Mr. Xi said then that the recipients of the medal had “maintained staunch faith” which was “to stay true to the original aspiration and dedicate everything, even the precious life, to the cause of the Party and people”. In 2021, the Chinese military also organised a series of activities so more people in China could “learn how PLA heroes, including the martyrs of the Galwan Valley conflict, defended and guarded the country’s borders”.