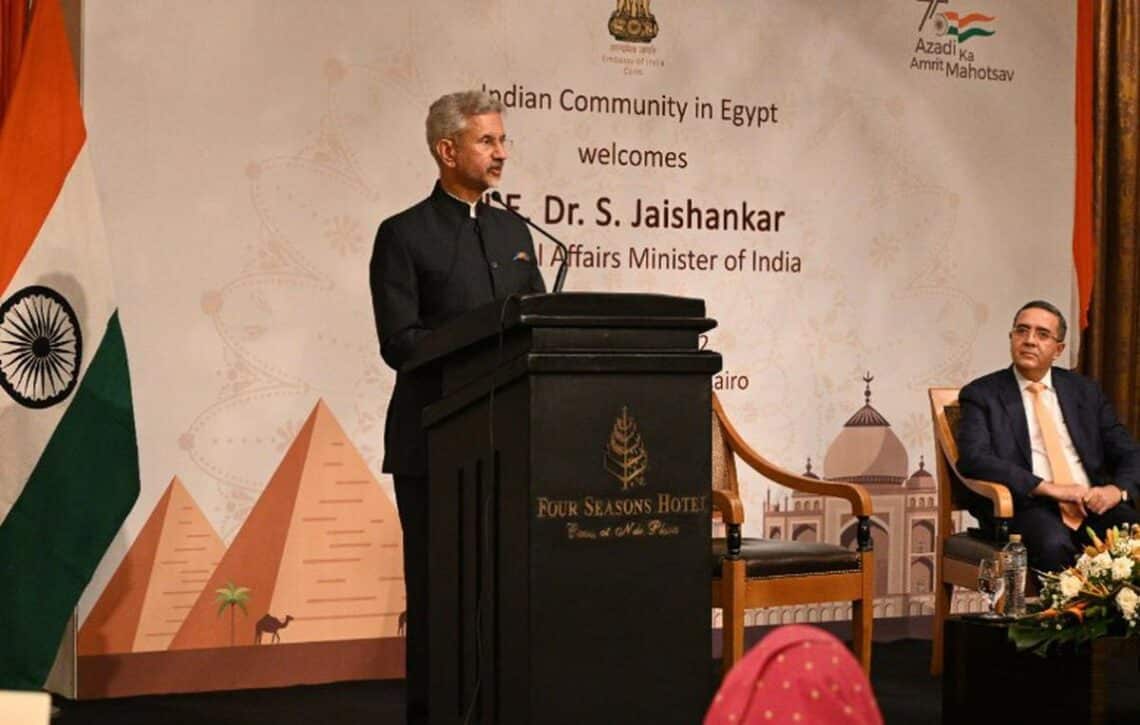 Prime Minister Narendra Modi has very good personal relationship with Egyptian President Abdel Fattah El Sisi and he has been wanting to visit the key north African country for some time, but the COVID-19 pandemic has disrupted the travel schedule, India’s top diplomat has said.

External Affairs Minister S Jaishankar, who is in Egypt on his maiden visit at the invitation of his Egyptian counterpart Sameh Shoukry, made the remarks in response to a question during his interaction with the Indian community in Cairo on October 15, 2022.

When asked when he would advise Prime Minister Modi to visit Egypt, Mr. Jaishankar said, “he doesn’t need my advice (to travel to Cairo)”.

“The Prime Minister has a very good personal relationship with President Sisi. I know that he has been wanting to visit (Egypt) for some time. It is one of those situations, partly COVID, that has disrupted the travel schedule. But I can assure you it’s very much on his mind,” Mr. Jaishankar said.

“From my side, he will (the prime minister) only get further motivation (to visit Egypt),” he added.

The last prime ministerial visit from India to Egypt took place in 2009 when Dr. Manmohan Singh visited Cairo for the Non-Aligned Summit, according to the Indian Embassy website.

Glad to meet with the Indian community in Egypt. Thanked them for advancing our national interests and shaping our image in the region.

In response to another question on his assertive diplomacy, Mr. Jaishankar said he doesn’t think he is being assertive, but it’s because of the situations.

“I still believe that at the end of the day it’s important to explain yourself…at times there is a lack of fairness in which your position is portrayed. I don’t think we should let that pass. We are not doing justice to ourselves if we do that,” he said.

“As a country, it is important for us to be clear in the projection of our interests, to be articulate and explain why we are doing or taking the positions that we are doing,” he added.

The strong comments by Mr. Jaishankar came amid persistent efforts by the European countries to convince India to take a tough position on the Russian invasion of Ukraine with the argument that New Delhi may face a similar challenge from China in the future.

When asked about the relevance of the Non-Aligned Movement in present circumstances, Jaishankar said it was a group which started in a very different era.

“It had a context. Today, without in any way diminishing it, I would say it’s necessary for independent-minded countries to actually speak their mind, to seek to shape and influence the direction in which the world is going. Because the world is getting very polarised and it is a double polarisation,” he said, noting that it’s an East-West polarisation, but it is also a North-South polarisation.

Mr. Jaishankar thanked the Indian diaspora for advancing India’s national interests and shaping the country’s image in the region.

At present, the Indian community in Egypt numbers at around 3200, most of whom are concentrated in Cairo. There are also a small number of families in Alexandria, Port Said and Ismailia.

On Saturday, Mr. Jaishankar met his Egyptian counterpart Shoukry and discussed a range of issues including the Ukraine conflict and the Indo-Pacific and exchanged views on boosting bilateral ties and how to create a more resilient global economy.

Egypt has traditionally been one of India’s most important trading partners in the African continent. Bilateral trade has expanded rapidly in 2021-22, amounting to 7.26 billion registering a 75 per cent increase compared to FY 2020-21, according to the Indian embassy in Egypt.