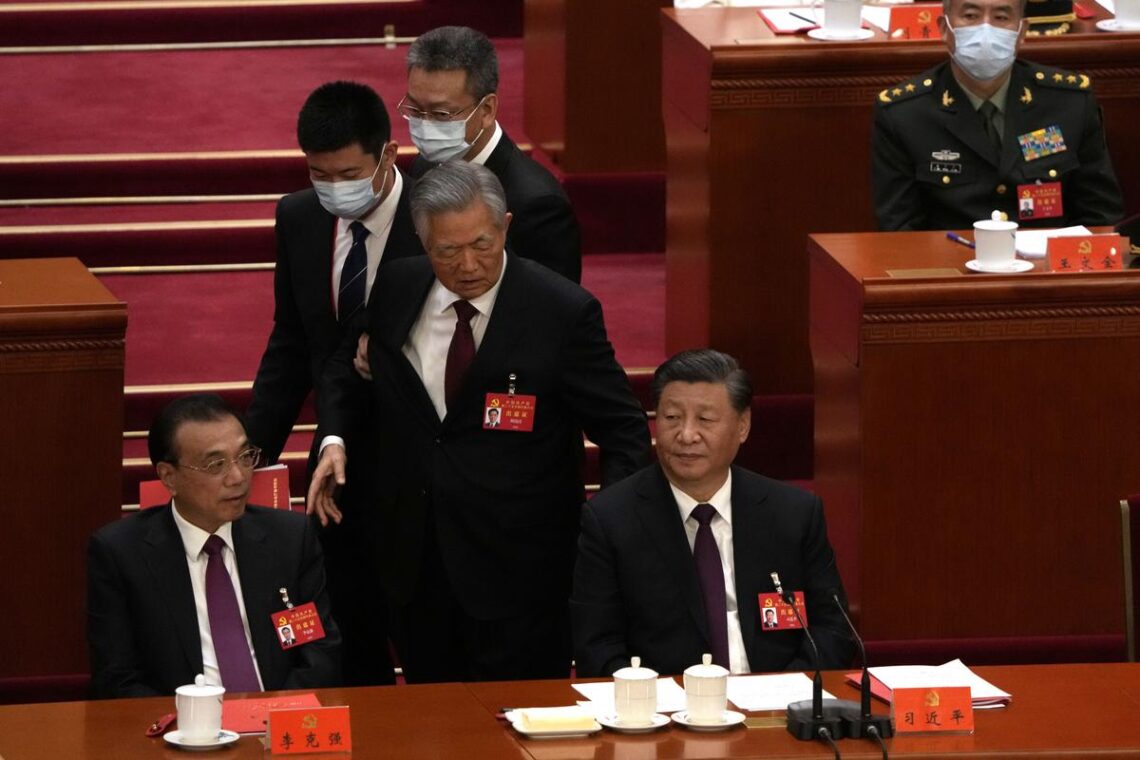 The Chinese Communist Party elected a new Central Committee on October 22, 2022 that does not include Premier Li Keqiang or Wang Yang, a sign that analysts have said means the next Politburo Standing Committee is likely to be stacked with Xi Jinping loyalists.

Mr. Li, who will step down in March as premier, and Mr. Wang, who heads the Chinese People’s Political Consultative Conference, are both 67 and therefore eligible under China’s age norms to have served another five years on the standing committee.

Neither is seen to have long-standing ties with Mr. Xi, who is likely to bring four new faces onto the Standing Committee that is introduced on Sunday, according to analysts and media reports. Current members Wang Huning, 67 and Zhao Leji, 65, who are both perceived to be close to Xi, are expected to be reappointed to the PSC.

Two other PSC members are past retirement age.

Also on Saturday, the party approved amendments to its constitution aimed at cementing the core status of Xi and the guiding role of his political thought within the party as it wrapped up its twice-a-decade congress.

Among the ammendments to the party constitution, the “Two Establishes” define Xi as the “core” leader of the party and cement his ideas as the guiding principles of China’s future development. The “Two Safeguards” assure Xi’s “core” status within the party and the party’s centralised authority over China.

Voting was conducted by show of hands in the vast Great Hall of the People, where much of the week’s party congress proceedings have taken place behind closed doors.

The congress concluded with a military band playing “The Internationale”.

At its first plenum on Sunday, the party’s new central committee will choose the next Politburo, which is typically 25 people, and its new Standing Committee, which currently numbers seven.

The new leadership will be unveiled when Mr. Xi, widely expected to be renewed in China’s top post as party general secretary, walks into a room of journalists at the Great Hall, followed by the other members of the Politburo Standing Committee (PSC) in descending order of rank. Chinese President Xi Jinping looks on as former President Hu Jintao, right, gestures as he is helped to leave early from the closing session of the 20th National Congress of the Communist Party of China at The Great Hall of People on October 22, 2022 in Beijing.
| Photo Credit: Getty Images

During the closing ceremony, Mr. Xi’s immediate predecessor, Hu Jintao, who was seated next to him, was escorted from the stage. Mr. Hu, 79, had appeared slightly unsteady last Sunday when he was assisted onto the stage for the opening ceremony.