While the war between Russia and Ukraine is bringing the whole world's economy down, the future currencies are also facing a crash at the moment.

by S. Sukesh
in Economy, World
Reading Time: 3 mins read
A A 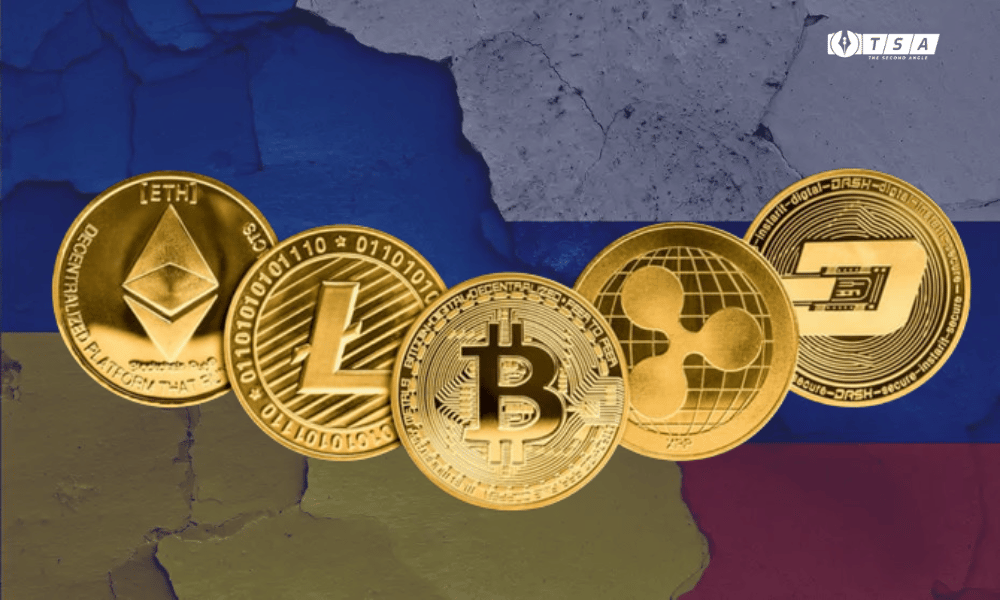 While the world is in chaos over the talks and actions of the war, the future currencies are also facing the consequences. With a major fall in the value of cryptocurrencies, people are finding it hard to trust investing in cryptocurrencies. While the overall decentralized mode of exchange helps the people of Russia and Ukraine, it also makes cryptos vulnerable to the world’s economy.

Trading cryptocurrencies has advantages such as fixed value around the world, which benefits people in war-torn countries, and its decentralized mode of exchange, which records every transaction, making it easier to access money and difficult to hack through while transferring.

The status of cryptocurrencies due to the war

According to Statista, Bitcoin is one of the highest-priced cryptos, which was valued at around $61,000 in October 2021. From then on, it faced a major crash during February, the month when the talk of the war started. As soon as the news of the war started taking place, cryptocurrencies along with bitcoins, such as Ethereum, Shiba Inu, and other cryptos, had a major crash in their economies by up to 10%. This was noted as a huge loss since bitcoin came into the limelight. The value of bitcoin came to around $37,000 in February 2022 and stayed on the edge from then.

The crash of bitcoin led to most of the cryptos’ downfall, as the cryptos’ values are based on the world’s economy and their demands. Yet, this didn’t last long as there were other factors that increased their value. The crash in their rate further decreased due to the liquidation of crypto by the investors to make sure their value didn’t reach its margin. Even with the crash, some investors still maintained a calm demeanor instead of liquidating because of crypto’s market value and future dependency on it. It is always considered a long-term investment.

How crypto is useful during this period?

While crypto coins’ value has decreased, they are still used as a mode of exchange in Russia due to the fall of Russia’s current state. With Russia’s ruble value crashing down to $0.0075 in March 2022, the economic status of Russia has become unstable, and the people of Russia are moving towards cryptocurrency exchange. As they are easily accepted and liquidated, many experts are aware of this idea, making it a better alternative for the Russians who depend on people outside Russia.

Ukraine, on the other hand, is getting a lot of funds in the form of cryptos. This made them legalize crypto exchanges as well as allow better solutions for utilizing these virtual donations. During this crisis, donations were made possible only because of the decentralized system of cryptocurrencies. It’s easier to transfer crypto coins to other countries under the legal mode of exchange, with the reduction of tax on cryptos in Ukraine. The fiat bank is assisting cryptocurrencies in reaching their full potential.

How to take advantage of this situation?

After knowing the real deal about cryptocurrencies and how they might help during a matter of crisis. This might be the right time to start learning on how to invest in these cryptos as this might boost up along the day. Seeing this as an opportunity many started to learn about them. With its dependency during the talks of world war, they prove their importance in the future.

Beautiful alternatives you could explore other than Darjeeling.