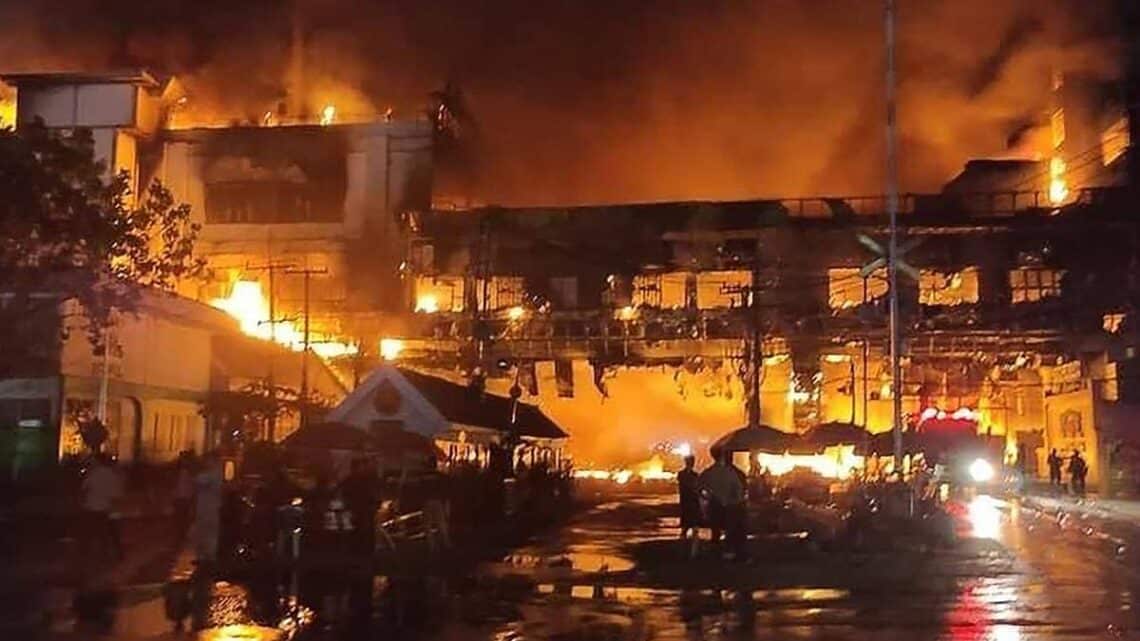 
Firefighters and rescue workers gather at the site of Grand Diamond City hotel-casino in Poipet, where fire broke out, on December 29, 2022.
| Photo Credit: AFP

“A fire burning through a Cambodian hotel casino on the border with Thailand has killed at least 10 people,” local media reported.

The website Cambodianess, which belongs to the Thmey Thmey media group, reported that fire at the Grand Diamond Casino and Hotel in the border town of Poipet broke out around midnight on Wednesday and was still burning Thursday morning (December 29.)

It cited Banteay Meanchey provincial Police Commissioner Maj. Gen. Sithi Loh saying that according to initial information, at least 10 people had died and another 30 were injured.

Video posted on social media showed people apparently jumping from windows after they were trapped by the fire.

Thailand’s public television station Thai PBS reported that 50 Thais, both staff and customers, were trapped inside the casino complex. It said that Cambodian authorities requested help to deal with the fire from Thailand, which sent five fire-trucks and 10 rescue vans.

Poipet in western Cambodia is opposite the more affluent Thai city of Aranyaprathet, and there is busy cross-border trade and tourism. Thai PBS cited reports that the Aranyaprathet Hospital’s emergency ward was full and other victims had to be sent to other hospitals.