7 Evergreen Ghazals Of The Hindi Cinema 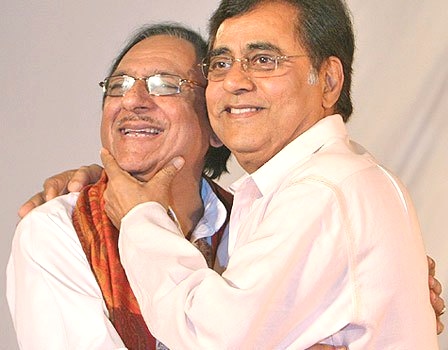 Ah! ghazal, the philosopher’s word, the wailing of a dejected lover, the song of the young blooming passion, the companion of the old, Urdu ghazal has a lot to offer for the soul on a quest.

The word ghazal means talking to women or of women. In Arabic, ghazal basically means love poems. Earlier ghazal only had themes of love but as Persian started using it, Persian writers brought several changes into it and now all sort of themes can be included in a ghazal. In fact, multiple themes are used in a single ghazal as well. From Persian, it travelled to Urdu language and now it is the most loved, used and important genre of Urdu language.

Earlier only literature lovers used to recite them or listen to them in mushairas but as Hindi cinema progressed, it gave voice to some of the best ghazals ever written in Urdu, making the ghazal reach the masses and because of this, even the non-literature lovers are in love of ghazals.

Shakeel Badayuni, Naushad Ali, Dilip Kumar and Mohammed Rafi are responsible for some of the evergreen ghazals Hindi movies ever produced. The singers in the 1940s, 50s and 60s rendered their voices and produced soothing, heart-wrenching ghazals for us to cherish forever.

Today, we have brought you 7 Evergreen Ghazals Of The Hindi Cinema, that will make you fall in love this beautiful genre.

Jhuki jhuki si nazar beqaraar hai kahin:
Kaifi Azmi was responsible for introducing Urdu literature into Hindi Movies. He wrote his first ghazal ‘itna to kisi ki zindagi me khalal pade’ at the age of 13 and was also invited to the mushaira for the same.

Azmi was a writer, lyricist as well as an actor in the films. Along with writers Sahir Ludhyanvi, Jan Nisar Akhtar, Kaifi Azmi too have a hand in changing the vocabulary in the Hindi films.
Here is the famous ghazal of Kaifi Azmi, rendered in the voice of our own Jagjit Singh. The music is composed by Kuldeep Singh. The ghazal is from the 1982 Film Arth starring Shabana Azmi, Smita Patil, Kulbhushan Kharbanda and Raj Kiran.

It is unlikely to not fall in love after listening to Mohammad Rafi and interestingly this ghazal is from the film Gazal (1964). Written by Sahir Ludhiyanvi and composed by Madan Mohan and rendered in the passionate voice of Mohammad Rafi. The ghazal is treasured by all.

Talk of ghazals and not to mention the last Mughal Emperor Bahadur Shah Zafar is inevitable. Bahadur Shah Zafar, no wonder, was good at poetry. The best of the best poet, Mirza Ghalib and Sheikh Ibrahim Zauq reached a great zenith in his court. One of his famous ghazals was sung beautifully by Mohammad Rafi in the 1960 movie Laal Qila.

Zafar was exiled to Rangoon after the 1857 Mutiny and spent the rest of his years there until his death in 1862. He wrote this ghazal on the walls as his epitaph during his captivity.

It would be an injustice to not mention Ghulam Ali. Ghulam Ali was from the Patiala Gharana and hence his ghazal has a blend of Hindustani classical music. His best of all ghazals is from the Nikaah movie and is my personal favourite. The famous ghazal is written by Hasrat Mohani and has been sung by many well-known singers such as Asha Bhonsle and Jagjit Singh but the voice that Ghulam Ali rendered to the ghazal is most celebrated.

Dil ke armaan aansuon me beh gaye:
Salma Agha the actress in the Nikaah movie also sung one ghazal for the movie herself. Salma Agha Pakistani born British actor and singer had us all in tears with her heart-wrenching ghazal. She was also honoured with Filmfare Best Female Playback singer Award for the same.

Watch the video of the ghazal, here.

Ranjish hi sahi dil hi dukhane ke liye aa:
Written by Ahmad Faraz the ghazal has been sung by Iqbal Bano and later Mehdi Hasan rendered his voice to this beautiful ghazal. The ghazal is a call of a dejected lover asking for his love to come back to him.

The Hindi Cinema has given us so many evergreen ghazals that it is impossible to cover all. All of us have our personal favourites from many of the treasured ghazals. I am sure there is this one ghazal that had remained with you forever and has struck the deepest of the chord in you. Ghazal that has sailed you through, comforted you in the winter nights, the one that you hummed ardently for your lover and the one in whose lap you found solace when you were busted. There is always that one ghazal that becomes your companion on the dusky beach walking along with you and making a home in your heart.

So what are you waiting for? Go now, it’s time for you to pay homage to your favourite ghazal that has held you in thick and thin.

Grab some chocolate or any other comfort food, play your favourite ghazal and feel home under the starry sky!

Also, let us know your favourite ghazal in the comments section below. And for more such content, keep checking our entertainment and literature sections.

Read: 10 Bollywood Villains who will first crack you up with their funny names then scare you with their actions.

Micromax is going to Debut ‘IN’ Series Smartphones This November