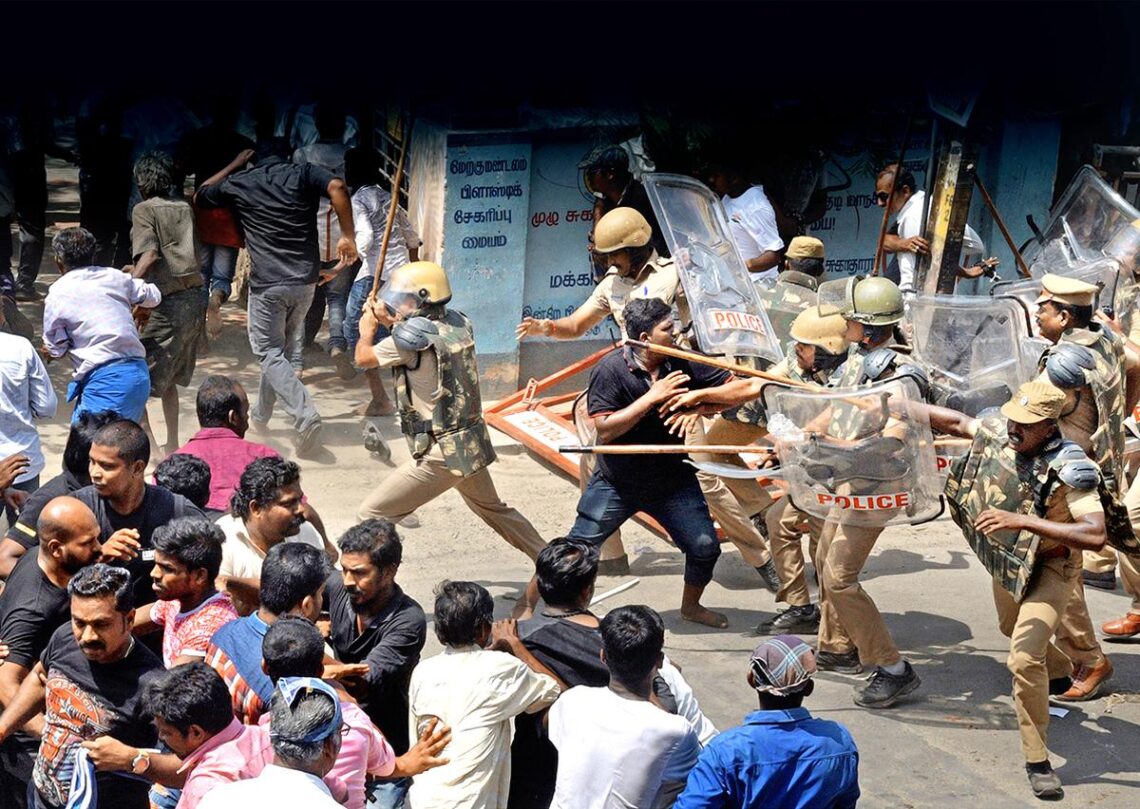 Why was the Justice Aruna Jagadeesan Commission of Inquiry formed? What happened at the Sterlite Copper plant in 2018? Who all have been held responsible by the report? Will the present government take the necessary measures to bring the perpetrators to justice?

Why was the Justice Aruna Jagadeesan Commission of Inquiry formed? What happened at the Sterlite Copper plant in 2018? Who all have been held responsible by the report? Will the present government take the necessary measures to bring the perpetrators to justice?

The story so far: On October 18, the Tamil Nadu government tabled the final report of the Justice Aruna Jagadeesan Commission of Inquiry (CoI) in the Assembly. The CoI was formed to inquire into the police firing that resulted in the killing of 13 people in May 2018 in Thoothukudi during the protests against the Sterlite Copper plant. Faulting the then Tamil Nadu government for the mishandling of the protest, the CoI recommended criminal and departmental action against those responsible.

The Sterlite Copper plant, a unit of Vedanta Limited, was India’s largest copper smelter until its closure in 2018. It started its operation in 1997 inside the State Industries Promotion Corporation of Tamil Nadu complex in Thoothukudi, 25 kilometres away from the ecologically sensitive Gulf of Mannar. Over the years, the plant faced numerous protests from those residing in nearby villages, environmentalists, and a few political parties due to concerns regarding pollution, including the degrading air and water quality as well as the negative impact on fishing. The protests intensified in early 2018 and continued daily in various forms like sit-ins, hunger strikes, public meetings etc. On May 22, 2018, thousands of protesters marched towards the district collector’s office demanding the immediate closure of the plant. Claiming that the situation went out of control and that the protesters resorted to violence, the police opened fire resulting in the killing of 12 persons, including two women. Another man was killed the next day.

What were the key findings of CoI?

The then All India Anna Dravida Munnetra Kazhagam (AIADMK) government in Tamil Nadu formed the Justice Aruna Jagadeesan CoI the next day of the incident with a mandate to inquire into the “causes and circumstances leading to the opening of fire resulting in death and injuries to persons on 22.05.2018 and subsequent events at Thoothukudi..”. Four years after its constitution, it has finally submitted the report to present Chief Minister M.K. Stalin on May 18, 2022. The CoI inquired hundreds of witnesses, and senior officials, including the then Chief Secretary Girija Vaidyanathan and examined the evidence, which included photos, videos, postmortem reports, government communications etc.

Contrary to the assertions by the then Tamil Nadu government, particularly of the police that the firing was done inevitably to control the violence started by the protesters, the CoI squarely placed the blame on the police and revenue officials by terming the firing as disproportionate and largely unprovoked. The final report was sharply critical of the then Thoothukudi collector N. Venkatesh for failing to properly engage with the protesters. It was particularly critical of his failure to attend a peace committee meeting organised on May 20, 2018, in a bid to convince the protesters to give up their plan to surround the Collectorate two days later.

On the day of the incident, the CoI observed that the police showed a lack of efficiency and planning in adopting crowd control measures to dissuade the protesters from reaching the Collectorate. The CoI said that “the shooting was unprovoked in as much as the harm that was sought to be averted was not more than the harm that would have been inflicted by not resorting to shooting.” Apart from the 13 deaths, at least 33 more people sustained gunshot injuries. Going into detail of each death, the CoI observed that, in almost all the deaths due to firing, the gunshot injuries were on the faces of the victims, indicating that the police did not resort to the practice of aiming below the waist. Similarly, the firing was largely on protesters who did not pose any direct threat to the police or were retreating from the scene. It observed in particular about a constable — Sudalaikannu — who, with the approval of senior officials, acted in a highly reprehensible manner and fired as many as 27 rounds from his weapons and was responsible for the death of at least four of the 13 victims.

The then Chief Minister Edappadi K. Palaniswami came in for sharp criticism for commenting that he got to know about the incident through television reports. The CoI, however, observed that the CM was receiving minute-to-minute updates from Ms. Vaidyanathan, the then Director General of Police T.K. Rajendran and Intelligence Chief K. N. Sathiyamurthy.

What has the CoI recommended?

It recommended departmental action against Mr. Venkatesh, for “his style of functioning reminiscent of abdication of his responsibility.” It has also recommended an increase in the financial compensation to the family of the deceased to ₹50 lakh and ₹10 lakh to the injured.

How has the present Tamil Nadu government responded?

Many political parties and human rights activists have demanded stringent action on the officials held accountable by the CoI, including their removal from their jobs. They have demanded the compensation to the victims’ families be increased as per CoI’s recommendation.

Terming the incident, a “big black mark” on the State’s history, Mr. Stalin, while speaking in the Assembly on the report, said that the compensation to the families of the deceased will be increased by another ₹5 lakh from the ₹20 lakh already disbursed.

He assured that those responsible would be brought to book. He said that departmental action has been initiated against the collector and senior police officers. An officer in the rank of Deputy Superintendent of Police and three constables have already been suspended.

Putin says he won’t use nuclear weapons in Ukraine