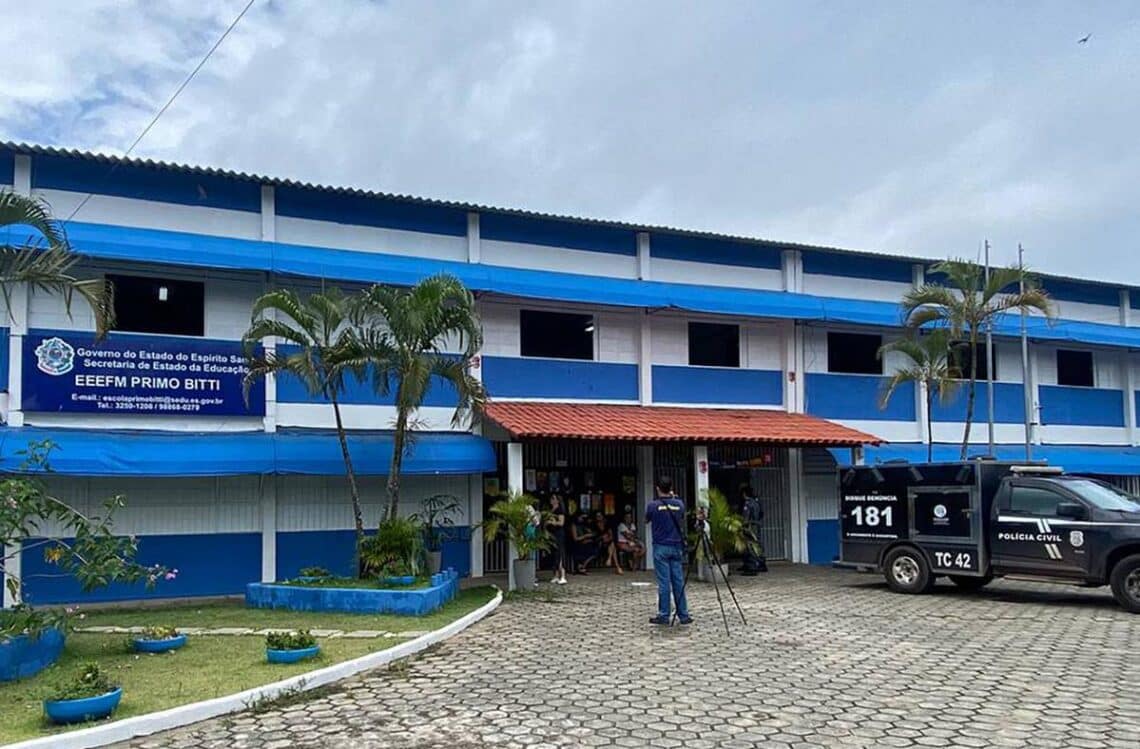 
View of the Primo Bitti state school, one of two schools where a shooting took place, after an armed man opened fire, in Aracruz, Espirito Santo State, Brazil, on November 25, 2022.
| Photo Credit: AFP

The death toll from a twin school shooting in Brazil rose to four on Saturday after a teacher wounded in the attack by a 16-year-old shooter wearing Nazi symbols died from her injuries, officials said.

Authorities in the city of Aracruz, in Espirito Santo state, had said some of the around 10 wounded, including three teachers and a student, were in serious condition after the Friday attack that shocked the country, which has seen a rise in school shootings in recent years.

“Unfortunately, the tragedy of Aracruz has not yet ended,” said state Governor Renato Casagrande on Saturday.

“With deep regret we confirm the death of another victim, teacher Flavia Amboss Mercon,” tweeted the governor, who had declared three days of mourning in Espirito Santo.

The shooter was a former student at the public school he targeted first, where he fired on a group of teachers, killing two people and wounding some nine others. He then went to a nearby private school where he killed an adolescent girl and left several more people wounded.

He has been arrested and will face charges of murder and attempted aggravated murder, Espirito Santo police said.

Relatives of the other three people killed held wakes on Saturday, according to Brazilian media.

“My daughter was always light and love. I lost my daughter to hate,” Thais Sagrillo, the mother of a 12-year-old girl who was killed, told Globonews.

The attack was the twelfth school shooting in Brazil since 2002, according to research institute Sou da Paz.

The latest attacks spurred calls for gun policy reform, with critics hitting out at a series of presidential decrees relaxing regulations on firearms and ammunition under far-right President Jair Bolsonaro.

Officials said the shooter, a policeman’s son, used two handguns in the attack, both registered to his father — one being his service firearm, and the other being a privately registered weapon.

Mr. Casagrande said the boy appeared to have planned the attack carefully.

Security camera footage aired on Brazilian media showed the shooter running into the school dressed in military-style camouflage and brandishing a gun.

Investigators said he had a swastika on his fatigues and that they were looking into whether he had links to any extremist organisations.

Give landowners stocks and share in profits, says Information panel