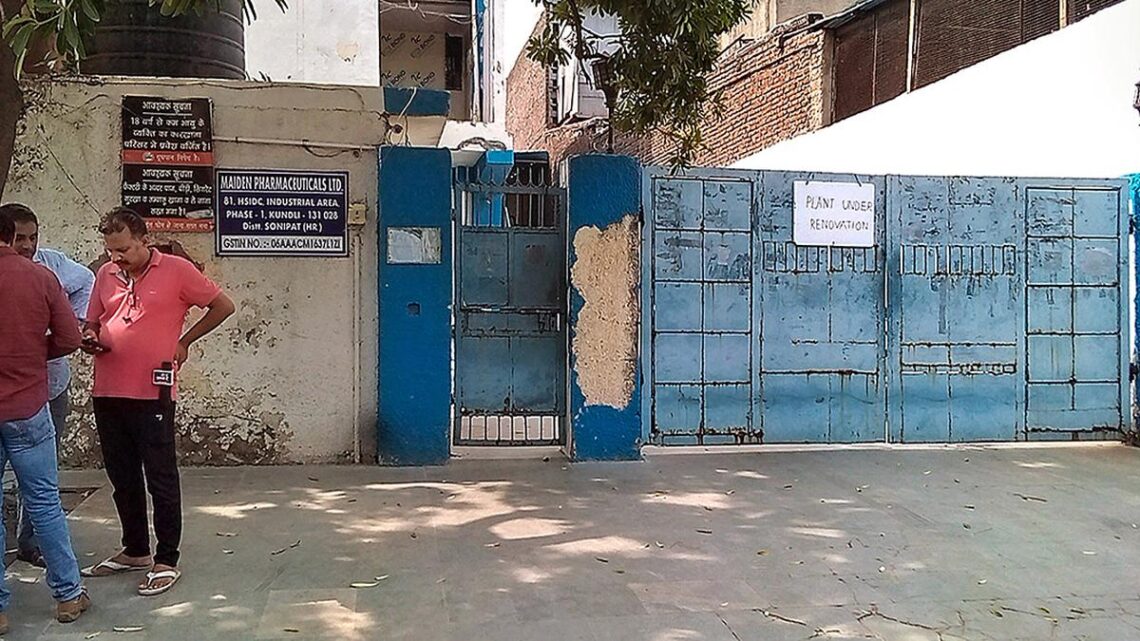 Cough syrup made in India and sold in The Gambia contained “unacceptable levels” of the toxins diethylene glycol (DEG) and ethylene glycol (EG), according to tests conducted by a Swiss laboratory.

Samples of the syrup, made by Haryana-based Maiden Pharmaceuticals, were sent for analysis by The Gambian government as part of its investigation into an epidemic of Acute Kidney Injury (AKI), suspected to have killed atleast 70 children in The Gambia between July and October 2022.

Also read: Explained | The Gambia deaths and the toxic cough syrups that are causing them

The Swiss lab’s results are part of a report by a ‘Select Committee’, an expert parliamentary panel constituted by the government of The Gambia to investigate the cause of death of the children, as well as the institutional challenges that led to a situation resulting in the deaths of the children.

“The Select Committee is convinced that Maiden Pharmaceuticals Ltd. is culpable and should be held accountable for exporting the contaminated medicines that was linked to the death of at least 70 children in The Gambia 2022,” said the report, which was made public on December 20.

AKI can result from a variety of causes — chemical poisoning as well as viral infections — but the actual cause of these deaths is still being investigated by the country’s health ministry.

The Gambia’s health ministry collected 10 syrup brands commonly consumed there and sent them for analysis. Only four of them — Makoff Baby, Kofexmalin Baby, Promethazine Oral Solution, MaGrip N Cold Syrup — all manufactured by Maiden Pharma, were found contaminated with DEG and EG. While made by the Haryana-based firm, the products were imported and supplied to The Gambia by local firm Atlantic Pharmacy, which said that it had distributed the products based on a certificate of ‘Good Manufacturing Practices’ issued by Maiden Pharma itself. The Gambia lacks an independent agency that performs quality checks on imported pharmaceutical products.

Between June 4 and November 6, the country’s health authorities reported 82 cases of AKI with 70 deaths. Fifty of the victims were male and 68 of them were below three years of age. The report does not mention how many children who died had consumed the toxic cough syrups. Instead, the committee relied on testimony from parents and from doctors who had treated several of the deceased children, as well as the evidence of stool and blood samples from a subset of children which was found to contain high levels of paracetamol, a key ingredient of the cough syrups.

The government then subsequently issued a series of bans on the sale of paracetamol and promethazine syrups between September 10 and 16, and this correlated to a sharp drop in AKI cases, the panel observed.

Following the World Health Organisation’s (WHO’s) warning on October 5, linking the four syrups to the deaths in The Gambia, Maiden Pharma’s export license has been suspended. However, India has said that the WHO has drawn a “premature link” between the deaths of the children and the India-made cough syrups.

In a letter to the WHO last week, Central Drugs and Standards Control Organisation director general V.G. Somani said that samples of the cough syrup tested in a government laboratory in India “were compliant” with specifications and uncontaminated with DEG or EG. The WHO had also not sent a report establishing a “causal link” between the consumption of syrup and the deaths, his letter noted.

“This (incident), in turn, has adversely impacted the image of India’s pharmaceutical products across the globe, and caused irreparable damage to the supply chain of pharmaceutical products, as well as the repute of the national regulatory framework over an assumption that has yet not been substantiated by the WHO or its partners on ground,” said Dr. Somani.