Gujarat Assembly polls | BJP faces rebellion, protests as leaders who have been dropped/denied tickets are sulking 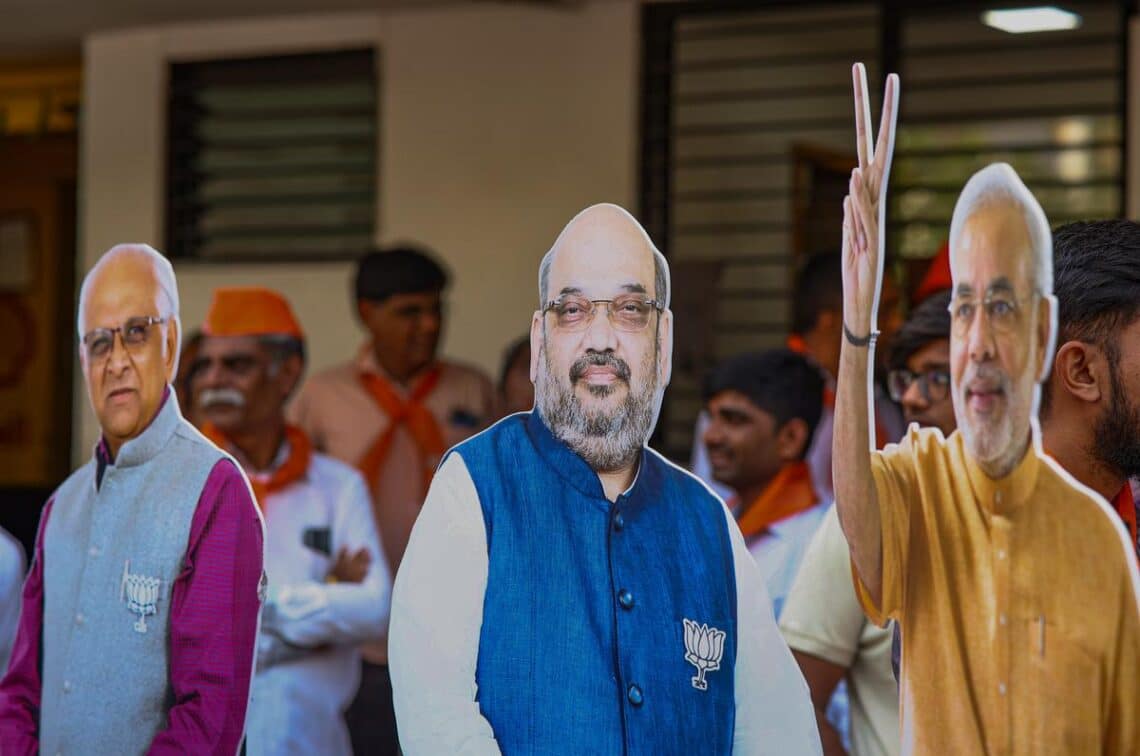 The ruling party faces issues in several seats as the local cadres and workers are sulking over the nominations.

The ruling party faces issues in several seats as the local cadres and workers are sulking over the nominations.

The ruling party, BJP, in Gujarat is grappling to pacify rebels in over a dozen seats as the party is bringing in new faces to replace old guards.

Outgoing party MLA Madhu Srivastav from Vaghodia in Vadodara has resigned from the party after he was denied ticket from his pocket borough from where he has won six times.

He is set to contest the Assembly polls as an independent candidate. He even refused to meet Harsh Sanghavi, Minister of the State for Home, who has been asked to manage Mr Srivastav and two other leaders who have been denied tickets and are now on warpath with the party.

The BJP has so far declared nearly 166 candidates in which as many as 40 sitting legislators have been dropped including several top ministers in a bid to bring in new faces to cut down anti incumbency factor in the state.

The party’s exercise to bring in new faces and also rope in large number of Congress turncoats have riled its own cadres and leaders who have held protests in their local areas, rushed to the party headquarters in Gandhinagar and even went to media publicly venting their anger towards the party leadership.

While some of these disgruntled leaders have said they will make their next move after consulting supporters, former BJP MLA and the party’s known tribal face Harshad Vasava already filed his nomination papers on Friday as an independent from ST reserved Nandod seat.

Mr Vasava is the president of Gujarat BJP’s Scheduled Tribe Morcha and represented the erstwhile Rajpipla seat between 2002 and 2007 and from 2007 to 2012.

Aggrieved with the party’s decision, he resigned from the party before submitting his candidature as an independent candidate. He contended that the loyal and committed party workers were overlooked while imports from other parties were given prominence in the selection process.

In Vadodara district, a former BJP MLA Dinesh Patel of Padra seat also said he would contest the election independently. The BJP has given the ticket to Chaitanyasinh Zala. The seat is held by the Congress.

Besides being the former legislator, he is also the chairman of Vadodara dairy and a well known face in the cooperative sector in the district.

In Karjan, former BJP MLA Satish Patel is angry after the BJP decided to repeat sitting legislator Akshay Patel, a Congress import who had defected to the ruling party in 2020 and won the by-election from the same seat.

“Akshay Patel will not be acceptable to the local party workers,” he said; adding “he would contest the polls independently.”

Both Dinesh Patel and Satish Patel have apparently refused to meet Mr Sanghavi; who has been roped in as the troubleshooter.

In Saurashtra, former legislator Arvind Ladani has resigned from the party after he failed to get the party’s nomination from Keshod seat. He was MLA from the seat 2012-2017. The party has repeated its sitting MLA Devabhai Malam; who is also a minister in the government. In fact, Ladani was dropped in 2017 to bring in Malam, who won the seat during anti BJP wave in Saurashtra.

In Savarkundla seat in Amreli, the BJP has fielded Mahesh Kaswala, Ahmedabad-based builder but his native is in Savarkundla taluka. The seat is presently held by Pratap Dudhat, a Congress first time legislator as the opposition party had won all the five seats in Amreli district in 2017.

Besides, the ruling party faces issues in several other seats as the local cadres and workers are sulking over the nominations.