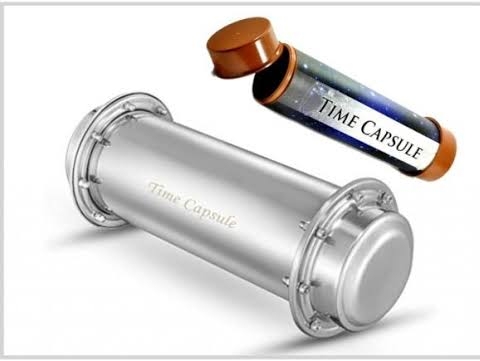 Imagine, if a person finds a 100 years old gadget or book, how will he react. Well, it is definitely going to fascinate that person and make him inquisitive to know more about that particular thing. We the humans are anway interested to explore new nd different things. The time capsules are also alike. The contents that are stored in the time capsule by today’s generation will give the information of the past to the future generation. It will be a source of wonder and pride for future generations.

What is the Time capsule?

The time capsule is a historic cache of information or goods to communicate with the future generation. It also helps historians, archaeologists, and anthropologist to study about a site. Generally, time capsules are placed at the foundations of the buildings.

Now amid the ongoing speculations about the Ayodhya time capsule we have brought you a list of time capsules in India and its contents from 1972 to 2020.

On 15th August 1972, the first time capsule was buried in India at Delhi. The contemporary Indian Prime Minister Indira Gandhi buried a time capsule outside one of the gates of Red Fort complex and the government named it ‘Kalpaatra’. The material that was used in the making of this capsule is copper. It consists of the post-independence history of India and it was scheduled to be opened after 1000 years. But the Janata government unearthed it in 1977 and it is said that the contents of this capsule were never made public and were lost.

This capsule which is made up of copper contains pen drives, chips, IIT- Kanpur’s history, photographs and several other documents which are related to the achievements of the IIT- Kanpur was buried on 6th March 2010 by the then president, Pratibha Patel, near the auditorium of IIT Kanpur on the occasion of the golden jubilee celebrations of the institution. The president addressed the students and faculty by saying that “It (IIT-K) had made an impact on technical education within the country, while it’s students through their innovations, have played an important role in India, as well as around the world.”

A time capsule designed by Larsen and Toubro (L&T) and Shapoorji Pallonji was buried under Mahatma Mandir at Gandhinagar containing the history of the state in 2010. At that time, Narendra Modi was the chief minister of Gujarat who placed this time capsule beneath the site of the temple. This capsule named as ‘Kaal Sanduk’ or ‘Smriti Manjusha’ and is made up of special gauge stainless steel. It contains the audio-visual compact disks prepared by the government of Gujarat, along with Ravishankar Maharaj’s speech delivered at the time of Gujarat’s foundation day on 1st May 1960.

The Alexandra Girls’ Education Institute in Mumbai buried a time capsule on 31st March 2014 which will be opened after 50 years on its bi-centennial celebration. This capsule was made up of 316L grade stainless steel and preserved the school’s history, objects, memorabilia and letters from the present staff and students to future students. It also contains the school uniform, badge, souvenirs, pictures, videos etc in a weatherproof USB stick.

On 4th January 2019, two delegates – the biochemist Avram Hershko and physicist Duncan Haldane at the India Science Congress buried the time capsule 10 feet under the earth at Lovely Professional University, Jalandhar. This time capsule was made up of Aluminium, wood and glass and it contains about 100 technology items including a laptop, smartphone, solar panel, Amazon Alexa, class 12th science textbooks, hard-disk with ‘latest documentaries and movies’, a compound microscope, an air filter and many more. These items were buried for 100 years. The height of the capsule is 5 feet and it is about 6 feet wide. Ashok Mittal, the university’s chancellor said that the plan was to keep the capsule underground up to 3rd January 2119.

According to the member of Ram Janmabhoomi Teerth Kshetra Trust, Kameshwar Chaupal, the time capsule will be placed under the ‘Ram Mandir’ in Ayodhya to avoid any future disputes over the site. Reports said that Prime Minister Narendra Modi will come to Ayodhya to do the ‘Bhoomi Poojan’ for the temple on 5th August 2020. It is said that the time capsule will have a detailed history of Ram Janmabhoomi. But the general secretary of the Ram Janmabhoomi Teerth Kshetra Trust, Champat Rai has denied all reports regarding placing of time capsule beneath the ‘Ram Mandir’ construction site. He also said that these are all the rumours that are spread and do not believe in any such rumour.

Indian Politicians and their feeble-minded take on Corona-virus Crisis