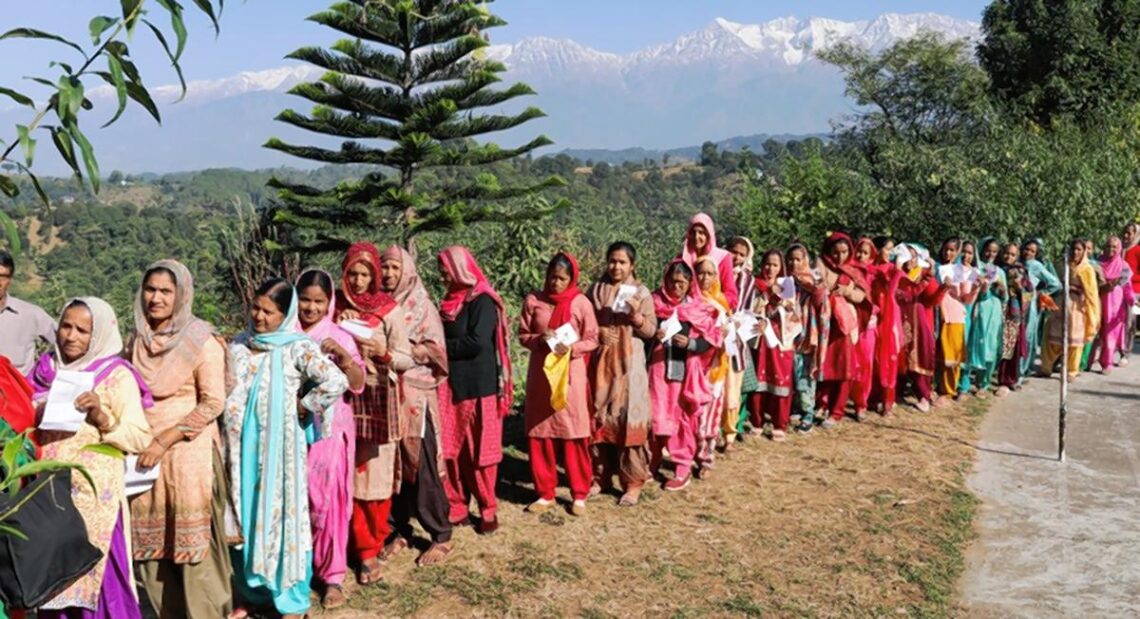 
The focus on women, who make up 49.5% of total voters in Himachal Pradesh, and the announcement of freebies by major parties are seen as the contributing factors behind their higher turnout in the recent Assembly elections.

According to constituency-wise data procured from the election department, votes polled by women exceeded that of men by 4.4 percentage points.

Himachal witnessed a record 75.6% turnout for the Assembly polls on November 12. The turnout of women in 42 of the State’s 68 constituencies was more than men, the data showed.

The higher voting percentage for women can make a difference in 22 Assembly segments.

In three constituencies — Jaisinghpur (SC), Bhoranj (SC) and Jubbal-Kotkhai — more women are eligible to vote than men. In 19 other constituencies, the difference between eligible men and women voters is less than 1,000.

Both the main contenders, the BJP and the Congress, claimed that they had been able to woo the women electorate and ensured victory.

Asha Kumari, former minister and Congress candidate from Dalhousie, said, “We hope that the women have come out in large numbers to support the Congress because of rising inflation and bad governance.”

She added that alcohol use, which mainly affected women, had increased in Himachal during the BJP’s tenure.

The Congress had announced the ‘Har Ghar Lakshmi, Nari Samman Nidhi’ scheme, promising Rs 1,500 per month to women as part of its election manifesto.

The BJP, on the other hand, had made 11 promises to women under its ‘Stree Shakti Sankalp’ programme.

Social Justice and Empowerment Minister in the outgoing government and the BJP’s Shahpur candidate Sarveen Chowdhary said, “It is a good sign that women came out in huge numbers and the party which gets a large chunk of their votes would have an advantage.

“Women would definitely vote for the BJP, which has done a lot for their empowerment and even announced a separate manifesto.”

The counting of votes will take place on December 8.

Meanwhile, the Election Commission said 26 of the 38 transgender people who enolled cast their vote, marking a sharp increase from the 2017 elections during which only 14 people had voted.

Chief Electoral Officer (CEO) Maneesh Garg said earlier this year, only 17 transgender people were named in the electoral rolls and the number is now 38 due to various initiatives taken by the Election Commission of India and the State election department.

He said the Election Commission had felicitated members from the community at the model polling station in Dharampur and this initative increased their visibility.

Further, a transgender person named Bijali Mahant was made a ‘district icon’ of Bilaspur, he added.