In a world where every politician runs after vote bank, some leaders are compared with Kautilya whose dream was not to become a king but to establish his kingdom.

Chanakya – the chief adviser of two Mauryan Emperors, was one of the finest brains the country has ever had. His lessons on life are commonly known as Chanakya Neeti. His intelligence has certainly contributed a massive share of knowledge to the world. Often do we hear people comparing modern-day politicians with Chanakya with famous taglines like Chanakya of the 21st century (our honourable PM, Narendra Modi). Their ideologies and policies are often related to that of Chanakya, though this statement seems to be contrary in itself as Chanakya was not only about using Kutil-neeti or diplomacy to solve problems. He was also about taking strict measures to make our Bharatvarsha a strong and truly great nation. For him, Bharat came before everything else. In the recent decades, many politicians from various political parties have been compared with Chanakya, and such comparison increases during and post elections as comparing a leader with a famous brainy person and relating their ideologies with his, will surely increase their vote bank while in reality, our current or past politicians being equal to even a hair of Chanakya’s Shikha. In fact, they never understood the soul of Chanakya’s struggle at all. 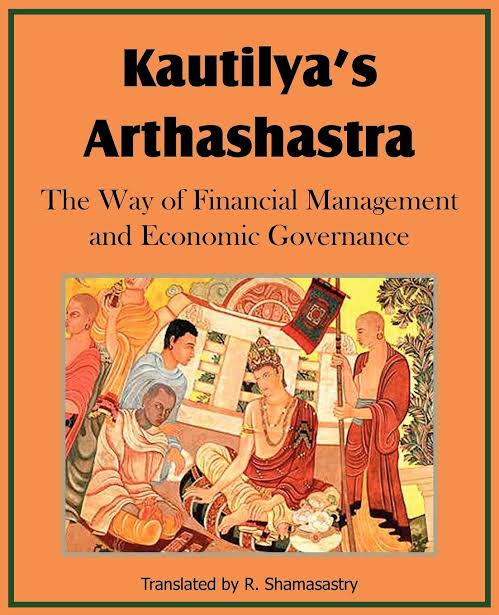 His work and policies:

Chanakya is considered to be the brain behind the founding of the Mauryan dynasty. His work, Arthashastra an ancient Indian Sanskrit treatise on statecraft, economic policy and military strategy. The Arthashastra explores issues of social welfare, the collective ethics that hold a society together, advising the king that in times and in areas devastated by famine, epidemic and such acts of nature, or by war, he should initiate public projects such as creating irrigation waterways and building forts around major strategic holdings and towns and exempt taxes on those affected. The text was influential on other Hindu texts that followed, such as the sections on kings, governance and legal procedures included in Manusmriti.

The first point that distinguishes Chanakya from any other modern politician is that he didn’t rule himself rather made Chandra Gupta king as he did not care for self-aggrandisement or fame. He never wanted to rule, he only wanted to have a strong ruler rule Bharatvarsha, protect her borders and territories and Sanskriti. He was an intellectual who left behind a treatise (Arthashastra) of how a just ruler should rule the nation therefore, Comparing any self-serving modern politician to Chanakya is an insult to his memory.

During the time of Chandragupta’s reign under the guidance of Chanakya,  immediate and fair judgement intertwined with strict enforcement of punishments and delivery of justice was the hallmark of the rule. Today we have court cases which go on for years, corruption especially in lower courts, dependence on loopholes to wriggle out of justice, corruption in the police, use of court judgements to twist things to favour some sections of society (suppression based on the amount of wealth a person have),non-implementation of judgements, the list is endless. How can anyone call any politician a Chanakya if he/she cannot even set right the judicial system and law and order?

Chanakya was a product of Takshashila University. He wanted to establish a world-class university in Magadh and make Patliputra a centre for the education he encouraged equipping knowledge through the study of the Vedas (Religious Scriptures), Varta (Commerce and Agriculture), Danda-Niti (Law & Order) and Anvikshiki (the spirit of inquiry including Samkhya, Yoga and Lokayata). And in today’s world, a very valid example of mediocrity is the way Yoga has been reduced to just asanas or physical exercise. There is no attempt to make the learner explore further at all. The less said about our education of the legal system (Danda Niti) which only talks about the letter of law and nothing about justice, the better. Commerce and agriculture which were once the backbone of our country are today secondary, nay even later, to the service sectors which are nothing but body shops which look for corporate slaves.

Hiding policies and ideologies behind a famous face don’t make the person or his work righteous. One is supposed to walk on the path shown by our historical heroes and not to rename a path by your own name. Every political party is trying up to garner vote bank by pleasing people by showing their fake identity, calling themselves as their follower or using their identity as their own. In a world where the ruler is running behind votes and not an established rule, how can someone even think of comparing these Modern politicians with Chanakya?

The Dystopian Future of the Youth

Child of Immigrant set to become Vice President of the…