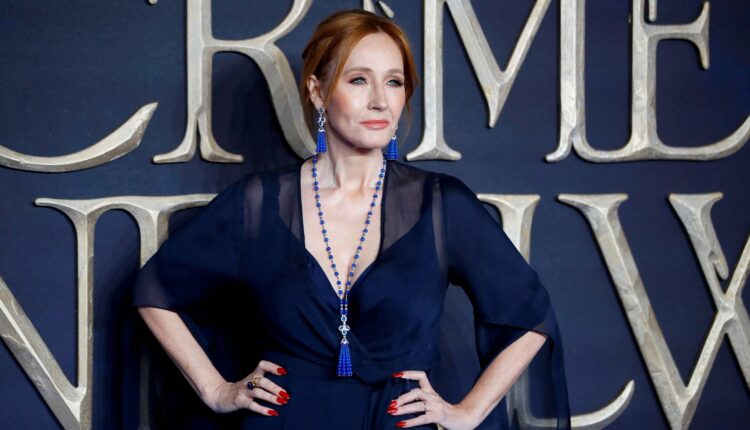 J.K. Rowling's new book "Troubled Blood" seems to have transphobia, which Rowling also have. Let's read how is it and what others has to say on it.

Harry Potter author J. K. Rowling has been a target of hateful comments since a few years now.

Read our earlier report on it, here.

Last year in December, she supported British researcher Maya Forstater who has also been criticized as being transphobic. According to NBC News at the time, in tweets and Slack messages from 2018, Forstater criticized proposed changes to the United Kingdom’s Gender Recognition Act of 2004 that allowed people to self-identify their gender.

Then this June the hateful comments again started to emerge as she posted a few ignorant tweets on transgenders and even posted a long essay on her website. Many of the known public faces showed disappointment on her views. All this brought a lot of hate towards her and her best work, the Harry Potter series. People even started asking to boycott her and her books but some including Daniel Radcliff posted against of hatred towards the books saying

“To all the people who now feel that their experience of the books has been tarnished or diminished, I am deeply sorry for the pain these comments have caused you. I really hope that you don’t entirely lose what was valuable in these stories to you. If these books taught you that love is the strongest force in the universe … then that is between you and the book that you read, and it is sacred”

But the author is again in the talk since her new novel, Troubled Blood, which was launched yesterday on 15th September 2020 is presenting Rowling’s transphobia. The novel is the fifth book in the detective series “Cormoran Strike”. Rowling has been writing this series under her pseudonym, Robert Galbraith. It is a mystery novel and said to be revolving around a shut case of a woman who disappeared in 1974 and fell prey to Dennis Creed, a serial killer. In the novel Rowling has reportedly vilified transgenders by sketching out a character who is a serial killer by profession, precisely loves to hunt his victims in the guise of a woman.

Due to this issue, #RIPJKRowling was trending on Twitter on Monday, 14th September 2020. Because people are well aware of Rowling’s history of sharing transphobic views online in the form of tweets and blogs. Some tweeted that although Rowling is still alive, her career is most likely dead since her views don’t align with people, while others imagined Rowling gone so they could enjoy the “Harry Potter” series without associating the novels and films with her.

I still cannot believe JK Rowling has written a novel which implies that trans people can be villains.

We in the LGBTQIA+ community are ALWAYS compassionate and loving and committed to justice, peace and basic human decency. #BeKind #LoveWins #RIPJKRowling pic.twitter.com/H2OnMVWoex

Me: Hopelessly praying that it will soon be revealed that Rowling did not write Harry Potter and in fact Gilderoy Lockharted the work of another writer who is actually a good person so I can enjoy my fav books again #RIPJKRowling pic.twitter.com/PLXfHGPSRu

Tweeting hateful comments is no new to Rowling, she has, in fact, attacked the trans community in the second book of ‘Cormoran Strike’, The Silkworm, wherein a woman by the name of Pippa stalked detective Strike before back-stabbing him. And strangely the identity of the killer was of a trans woman.

Actress Cynthia Nixon has also come forth showing her sincere concern over the book in an interview with The Independent. Cynthia seemed pained in view of the book hurting her transgender son Samuel, whose whole childhood was attached to the Harry Potter series. She went ahead saying that

“We’re a Harry Potter family. The books seem to be about championing people who are different, so for her to select this one group of people who are obviously different and sort of denying their existence, it’s just…it’s really baffling. I know she feels like she’s standing up for feminism, but I don’t get it.”

Decoding the communal fallacies between the two identities – II