by Shiva Chaudhary
in News, Politics 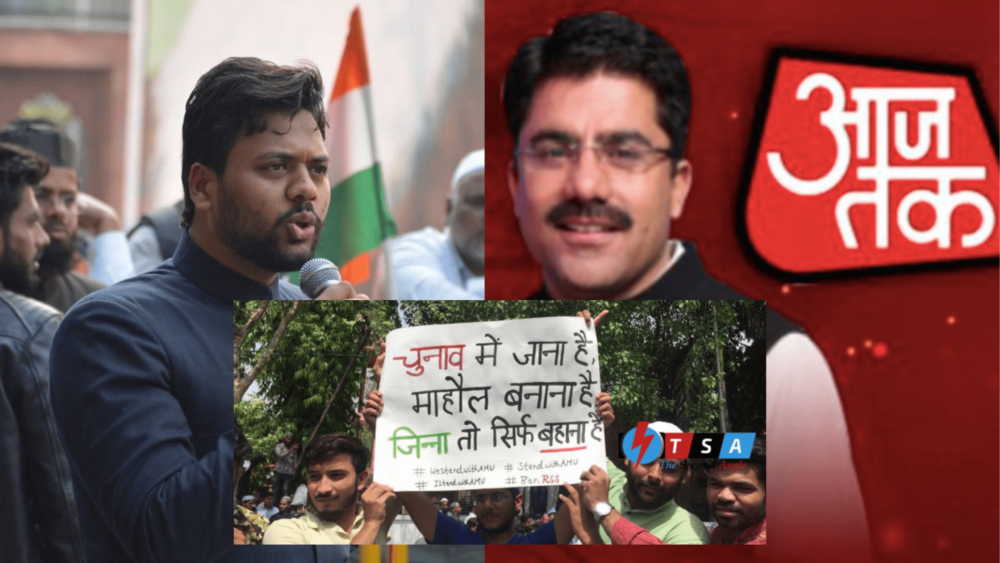 These days the Bihar Assembly election is the most debated topic of the country. It heated, even more, when Congress’ decided to field former president of the Aligarh Muslim University Students’ Union, Maskoor Ahmad Usmani from a seat in Darbhanga district. Usmani has been named as the party’s nominee from the Jale Assembly seat.

Usmani is a resident of Darbhanga district and had won the AMU’s students’ union election in 2017. Usmani caught eyeballs back in 2018 when a portrait of Muhammad Ali Jinnah, founder of Pakistan was found in a hall of AMU.
Since the names of AMU and Jinnah are dug out, the controversies are meant to happen.

One such controversy has appeared because of the programme telecasted on AajTak, headlined “Bihar ke Chunav mein Jinnah ka Jinn (Jinnah’s gene in Bihar election)” hosted by journalist Rohit Sardana. The telecast claimed that while being the president of AMUSU 2017, Usmani had put a portrait of Pakistan’s founder, Jinnah. While the fact is Jinnah’s portrait was hanged way before the partition.

The Congress party is contesting 2020 Bihar Assembly Elections in an alliance with Lalu Prasad Yadav’s Rashtriya Janata Dal (RJD). The politics is expected to get even nastier from here.

Logical meaning behind the rituals during the 9 days Navratri Festival