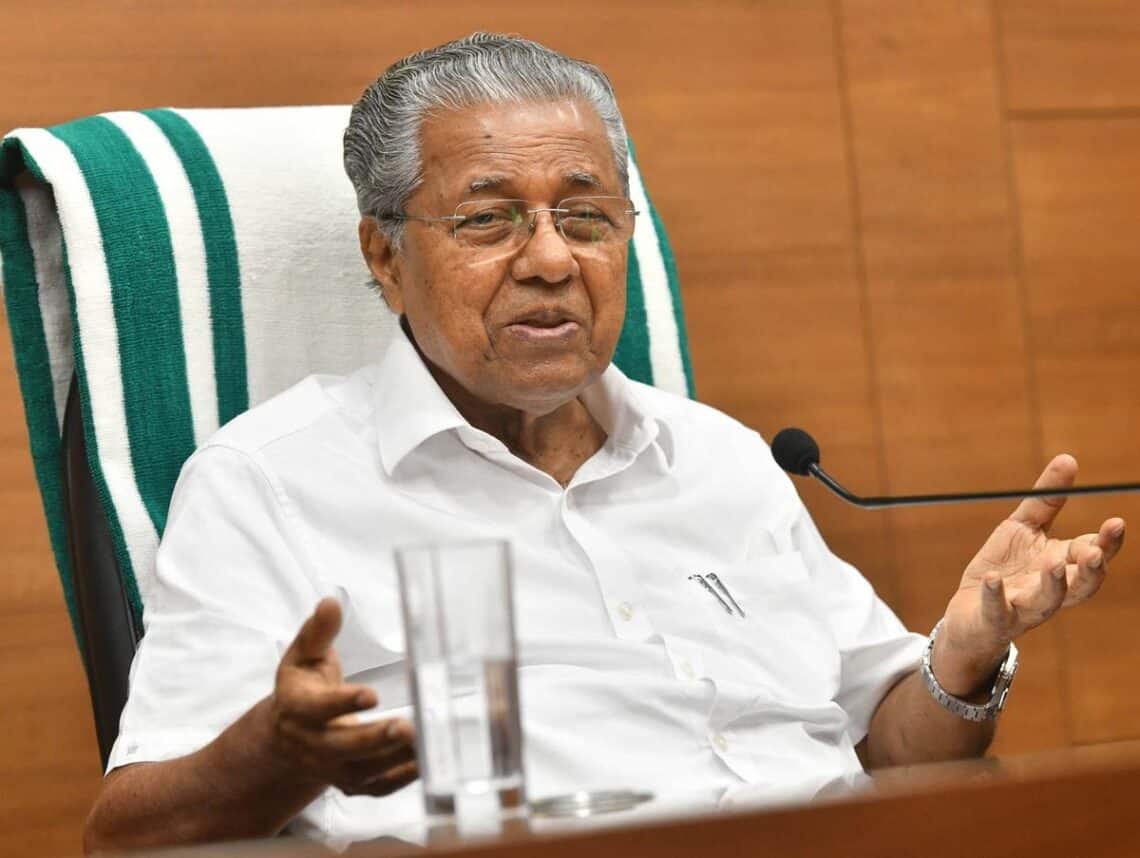 At a press conference in Palakkad, Mr. Vijayan responded mockingly to Mr. Khan’s demand that Vice-Chancellors resign by 11.30 a.m. on Monday.

Mr. Khan had sought their stepping down, given the Supreme Court’s cancellation of M. S. Rajasree’s appointment as the Vice-Chancellor of the APJ Abdul Kalam Technological University (KTU).

Mr. Vijayan contended that the Governor, as Chancellor of varsities, had fallaciously interpreted the Supreme Court ruling applied across the board to all State university Vice-Chancellors.

The Chancellor had used the decision as a foil to hobble Kerala’s higher education sector and further the Rashtriya Swayamsevak Sangh (RSS) agenda to destabilise the Left Democratic Front (LDF) government.

He said Mr. Khan had denied the Vice-Chancellors’ their right to reply. His actions ran against the grain of natural justice.

The Chancellor had overstepped his constitutional bounds and even asked the State Police Chief to stand by if and when he imposed a new disposition on varsities.

Mr. Vijayan said, “those holding high office should not make a public spectacle of themselves thus”.

He said the Chancellor could not dismiss Vice-Chancellors whimsically as per the University Act.

The chancellor could take such an extreme step only if a Supreme Court or High Court judge enquired and found the Vice-Chancellor guilty of misappropriation of funds or bad behaviour.

“If so, the Chancellor is responsible primarily. It entails he should step down. Whether university laws or UGC norms prevailed in such matters is a legally unsettled question. The government will seek judicial counsel in the matter given the current events”, he said.

Mr. Vijayan also hinted at possible legislation to remove the governor from the Chancellor’s post and to vest the authority with the political executive.

On a day marked by fast-paced developments, the High Court granted a special sitting on the Deepavali holiday for the government to challenge the Chancellor’s order seeking the resignation of nine Vice-Chancellors. Justice Devan Ramachandran will hear the matter at 4 p.m.

Even as Mr. Vijayan addressed the media, the chancellor’s deadline for Vice-Chancellors to tender their resignations elapsed.

Six Vice-Chancellors have reportedly informed Raj Bhavan that they have sought legal recourse against the Governor’s diktat. They will likely be present at the High Court hearing.

Mr. Vijayan said the Leader of the Opposition V. D. Satheesan, had backed the wrong horse by endorsing Mr. Khan’s move to impose the Sangh Parivar agenda on Kerala’s centres of higher learning by lauding the Chancellor’s attempt to dismiss the Vice-Chancellors.

“Mr. Satheesan has isolated himself in the United Democratic Front (UDF) opposition. IUML leaders and other Congress persons have objected to the governor’s move. They have sensed the inherent danger in the chancellor’s moves. They have seen Sangh Parivar’s bid to take over JNU and other famed varsities. However, Mr. Satheesan has remained wilfully blind to the peril.”, he said.

Mr. Satheesan clarified in Kochi that he had not initialled Mr. Khan’s Sangh Parivar agenda. He had merely pointed out that the Chancellor had corrected a wrong.

Earlier, the Governor had acquiesced in silence to the government’s illegal decision to extend the Kannur Vice-Chancellor’s tenure beyond the retirement age.

Subsequently, the UDF objected to the Vice-Chancellor’s decision to introduce the works of RSS idealogues in the varsity’s curriculum.

The Supreme Court order in the KTU was clear. It applied to all varsities, he said. The CPI(M) was in cahoots with the BJP, not vice versa, as alleged by the CM.

Mr. Vijayan also aired a litany of severe complaints against Mr. Khan, signalling a further worsening in the government’s already fraught relationship with the Raj Bhavan.

He said Mr. Khan had repeatedly displayed an arrogant contempt for democracy by refusing to sign bills passed by the Legislative Assembly into law.

Mr. Vijayan alleged the Governor lowered the Raj Bhavan’s prestige by disparaging the Ministers and academics.

He said Mr. Khan aspired to appropriate the powers of the elected government to steer the administration from the backseat.

Mr Vijayan said Mr Khan threatened to “withdraw his pleasure” vis-à-vis the continuation of Finance and Law ministers in the cabinet.

He said that the Chief Minister’s counsel binds the Governor in all matters of the State. However, Mr. Khan acted as the cat’s paw of the RSS by presuming to have powers he did not possess.

The Sangh Parivar, which has lost political ground in Kerala, wanted to destabilise the LDF government. Mr. Khan was furthering their cause. People would resist the Raj Bhavan-RSS conspiracy, he said.

Mr. Khan refused to comment publicly on the issue. When mobbed by reporters at a public function here, Mr. Khan said: “I do not know who all among you are genuine journalists. I will not take any questions from cadres masquerading as journalists. Those honest reporters seeking answers could appeal to the Raj Bhavan”.

Some Beautiful Women Who Shaped Cinema