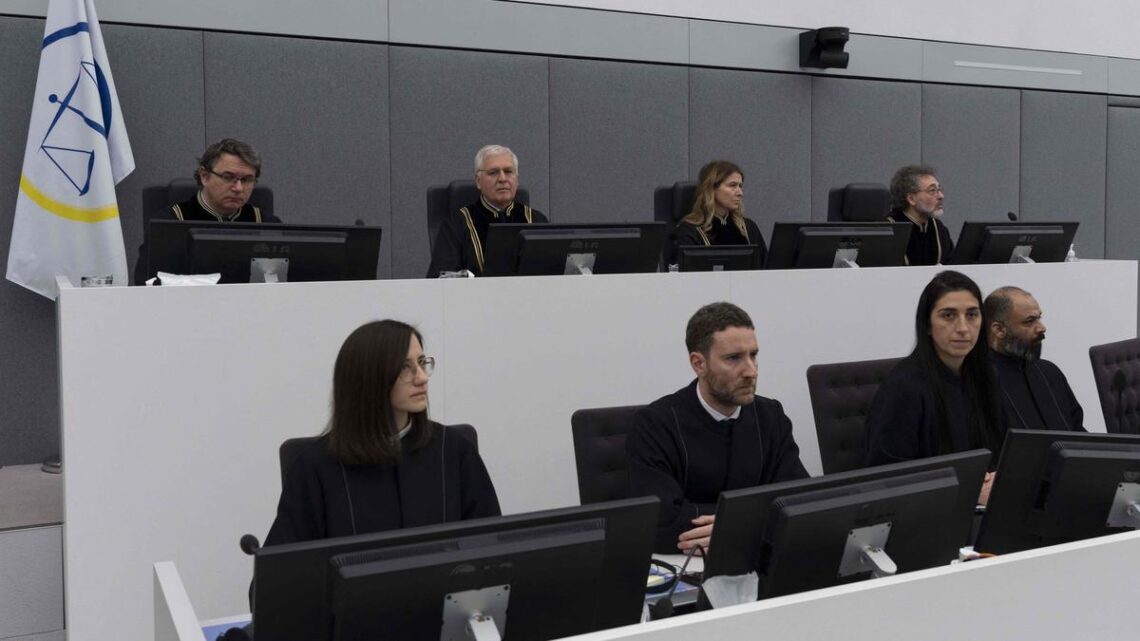 
A special Kosovo court in The Hague convicted former rebel commander Salih Mustafa on December 16, 2022, of murder and torture and jailed him for 26 years in its first war crimes verdict.
| Photo Credit: AFP

A special Kosovo court in The Hague issued its first-ever war crimes verdict on Friday, sentencing a former rebel commander who ran a makeshift torture centre to 26 years in jail.

Judges found that Mustafa and his men had brutally assaulted fellow ethnic Albanians whom they falsely accused of spying for Serb forces, and left one detainee to die.

Head Judge Mappie Veldt-Foglia said the verdict was a “milestone” for the court, which was set up in 2015, and “constitutes the first war crimes judgment of this tribunal.”

“The panel sentences you to a single sentence of 26 years of imprisonment,” she told Mustafa, who wore a grey suit and blue tie and stood impassively during the verdict.

The high-security court operates under Kosovo law but is based in the Netherlands to shield witnesses from intimidation in Kosovo, where former KLA commanders still dominate political life.

The verdict comes at a sensitive time as ethnic tensions have flared again in Kosovo nearly a quarter-century after the war, with attackers exchanging gunfire with police at the weekend.

Judges found that Mustafa, who was arrested in 2020 while working as an adviser at Kosovo’s defence ministry, ran a guerilla unit of the KLA in the Zllash region east of Pristina during the war.

His group kept at least six people, who were accused of collaborating with Serbs, “in barns suitable for animals, in deplorable conditions with livestock excrement lying around’, Veldt-Foglia said.

Prisoners were forced to sleep in puddles, denied food for two or three days at a time, and when they asked for water the KLA soldiers “urinated upon them saying, ‘here’s water for you’.”

“Detainees were beaten, hit with baseball bats, iron and rubber batons, they were burnt, electrocuted, stabbed, kicked punched and slapped,” the judge said.

Mustafa personally interrogated two detainees, subjecting one to a mock execution and beating him “all over his body” and he was also present while his soldiers abused other prisoners.

One victim was left in a “near-to-death” state and denied medical care.

He was later found dead, with judges saying the mistreatment and lack of aid contributed to his death, while he also had gunshot wounds which could have either been inflicted by KLA rebels or advancing Serb troops.

But Mustafa’s actions “effectively equalled a decision to kill the murder victim, as at that stage he was denied any chance of survival,” the judge said.

The judge said she hoped the ruling, the EU-funded court’s first since it was set up in 2015, would “further reconciliation” in Kosovo.

But she noted that there was a “climate of fear and intimidation” surrounding the trial, with the court having jailed two KLA veterans last year for intimidating witnesses.

Kosovo reluctantly passed a law to allow the creation of the court after a 2010 Council of Europe report alleged atrocities by KLA forces.

These had gone unpunished even as a number of Serbians have been convicted by other courts over the wars that ripped apart Yugoslavia in the 1990s.

The court has also issued war crimes charges former Kosovo president Hashim Thaci, who resigned after being indicted and is still regarded as a hero at home.

Thaci and other senior KLA leaders appeared in court later on Friday for a hearing on the possible timing of their trial.

Although Kosovo declared independence from Serbia in 2008, Belgrade does not recognise it and encourages the Serb majority in northern Kosovo to defy Pristina’s authority.