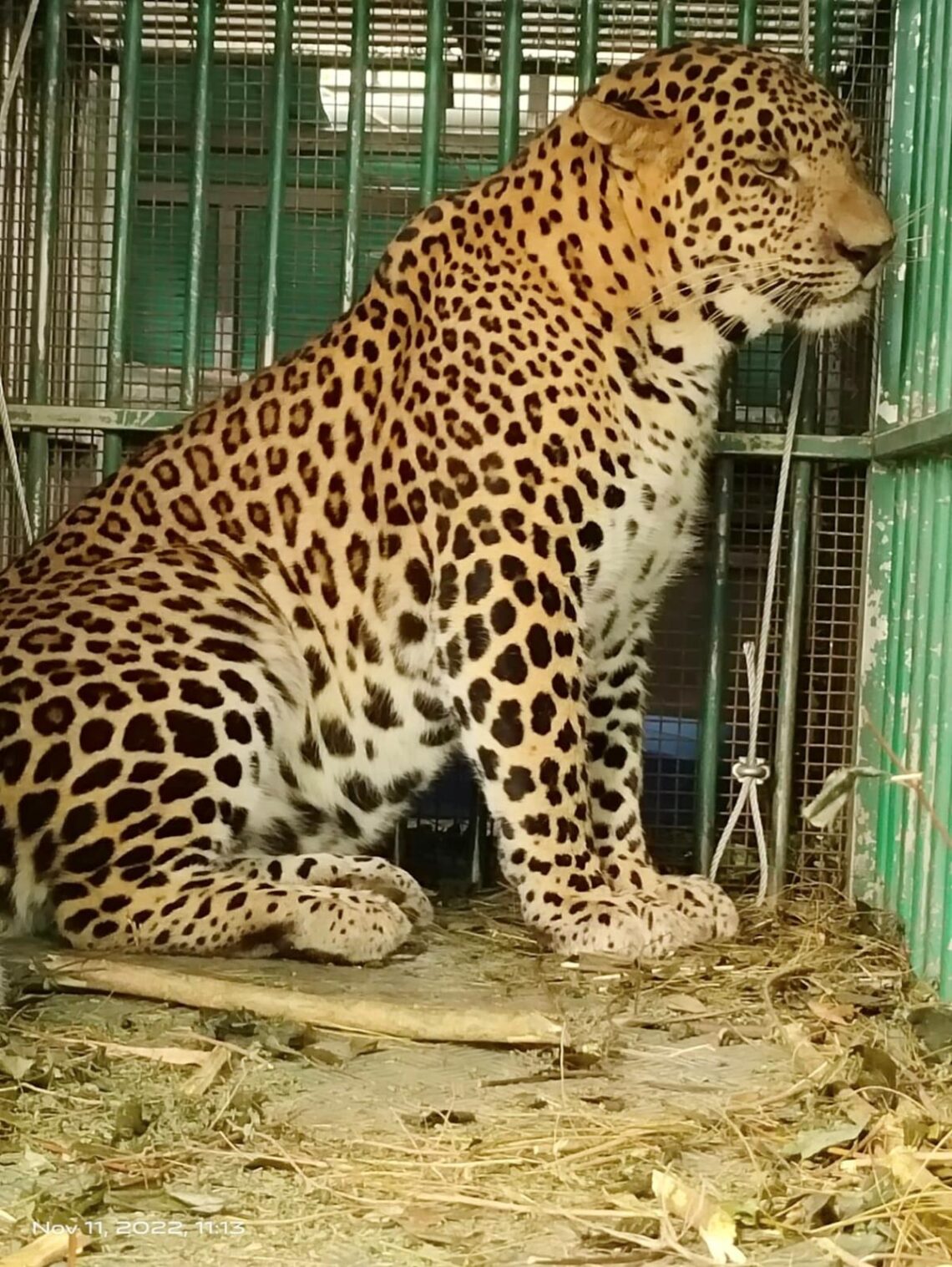 
A leopard which was sighted in the Belavadi industrial area on the outskirts of Mysuru a few days ago was trapped  here on Friday. Following complaints about the leopard’s presence, a few cages were laid by the authorities and the leopard – aged around 6 to 7 years – was trapped in one of the cages on a private factory premise. Officials said the animal was healthy without any injuries and was later released in Bandipur.