Living with stigma- How we failed Sushant Singh Rajput and thousand others.

The room was bleak; solitary; it smelled of loneliness, agony, and depression. Flickering lights entering through the window projected of what looked like a black figure that absorbed all the light and reflected nothing back, a singularity in space, suspended from a rope. Sorrow and pain, emanating from all corners of the room as if it were deprived of all hope and happiness. The pain was evident from the corpse’s face that appeared even more haunting as if it once housed a beaming smile that enchanted millions of his followers. He who was once a cheerful person has now turned to a corpse suspended from the ceiling in a lonely room.

The first emotion that sparked after the demise of the brilliant actor was a big question mark. He has a million followers but none of them could stop him from leaving this world. A sudden suicide is too unbearable for your appetite when you are an empath or are overly concerned about the well being of others.

Everybody has a reason for something. I am writing this for a reason and you are reading this for some reason. So, what is the actual reason that can cost a life for no apparent reason?

You might have caught a word about the ongoing outrage on Mental Health issues after the deliberate suicide of brilliant and young actor Sushant Singh Rajpoot.

It might seem easy to copy-paste or write a story of your own on the overlooked issue of mental health while, another moment, you will not hesitate to mock at somebody’s skin color their weight, their choices, their habits, and in the worst scenario, further catalysing their breakdown if they open up. It might also come across as easy to post a “talk to people” or “call your friends” kind of banner and allowing everyone to talk to you about their predicament and if they actually try reaching you, it will suddenly become irritating.

The jest and the jokes of the Indians effortlessly get away with a quick laugh. However, most of the time they are filled with personal remarks. Mental Illness is often treated opposite to how people claim it should be treated. Gender roles play a vital role in setting up preconceived patterns and sentiments of a person. A man suffering from anxiety or depression is seen as fragile when compared with the masculinity attributed to men.
Unlike developed societies, in India, people suffering from mental disorders are deeply stigmatised and ostracized. Instead of taking them to hospital, people with mental disorders are taken to spiritual shelters, Dargah, Churches, etc as part of their deeply rooted socio-cultural beliefs and in worst cases, some of them are dehumanized, chained, beaten, and avoided by others in the process of finding solutions to what they deem is spiritual. Because of cultural beliefs and lack of education, people connote psychiatric conditions as being caused by demons who want to confess evil deeds. They call it demonic attack, spiritual curses. The facets of stigma are different. You may say mental health stigma surrounds the old age people. But is it really the contemplation of the older generation only that gives rise to the taboos?

The stigmas surrounding it creates an atmosphere due to which mental health professionals do not get adequate patients and hence most of the students consider going for other streams. Due to professional help taken by very few patients, very rarely do people chose this as a vocation. According to Economic Times, WHO predicted that by 2020, roughly 20 per cent of India will suffer from mental illnesses. And to cater to this demographic, we have less than 4,000 mental health professionals.

Sushant Singh Rajput died by Suicide on 14 June. People said that the suicide was “unexpected” and “he had everything, why then he chose to end his life.” Some media channels went on showing how he used to pay 4.5 lakh rent each month for his house. And that is how media delineate mental health as something that flourishes on money and fame and riches. Emotional support is what an individual desire the most. It is the only riches of life which helps a person to survive on pennies.

Have a look at the stories of survivors of suicide- 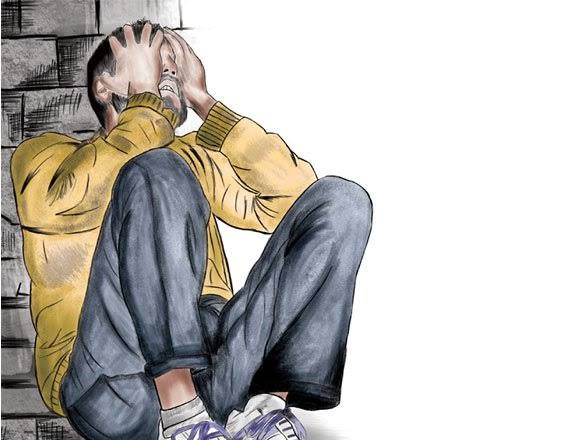 “I slashed myself multiple times, and each time it pained physically, it felt better. Like I could breathe again like I was coming back from some state of coma. It was not really an attempt to end my life, it was an attempt to get myself out of the numbness.”
“I was attacked with acid by my estranged brother-in-law when I was 17. He threw concentrated acid on my face in the street. The thought of putting my attacker behind bars kept me going strong. I could not die at the hands of my attacker. He may have taken my face, but my life is mine and mine alone.”

“I am from a traditional Brahmin family from Delhi, born with a lot of pressure to earn money. There were many perceptions forced on me by society cruelly and blindly. That clashed with my soul. I found myself trapped. There were heartless comparisons with others and I was judged on materialistic achievements. All of this made me oversensitive. “

There are various other disorders about which people have relatively little or no knowledge. Anxiety and Depression are prime mental disorders among masses. About 63 million people suffer from clinical depression and the majority of them don’t seek professional help. The normalcy of these cognitive illnesses makes it difficult for people to try talking to another person. Most people take these disorders lightly deeming them an everyday disease like the common cold. Nevertheless, each person undergoing any kind of mental disorder requires full attention with pauses of giving space.
But what exactly are the various types of mental illnesses and how do we identify them?

This type of disorder is marked with modifications in mood. The person may feel happy with a sudden elevation in mood called mania accompanied by episodes of depression. This disease is therefore also known as manic depression.

Personality Disorders are accompanied by a rigid and harmful structure of thinking, behaving, and functioning. A person with one of these may go through numerous types of personality and mood fluctuations supported by suspicions and trouble in discerning the circumstances.
Personality disorders had a prevalence of 1.07%, with a preponderance of those aged 21-40 years (69.4%), men (64.9%), employed and students (37.3% and 32.8% respectively), unmarried (56%), graduates and undergraduates (27.6% each), and referred by the family (68.7). (NCBI)

Bulimia Nervosa and Anorexia Nervosa, two eating disorders, are both prevalent in India. Bulimia is characterized by binge eating, followed by methods to avoid weight gain while Anorexia is characterized by low weight, food restriction, fear of gaining weight, and a strong desire to be thin. They both are caused by socio-cultural, psychological, and genetic factors.
Psychiatrists claim that in the past few years, the figure of eating disorders has increased from anything between five and 10 times. One study determined the rate of anorexia nervosa be ten per 100,000 in Indian males and 37.2 per 100,000 in Indian females.

OCD causes unwanted repetitive thoughts and actions or the urge to do something again and again. You might check the lock of a door fifty times, or go to the toilet while going to bed a hundred times. This type of condition leads to the person trying to fix a certain thing to a specific symmetry or method, checking things again, or the fear of contamination from certain things.
According to the National Health Portal, in India lifetime preponderance of OCD in the general public is 2-3%, which implies 2-3 persons in every hundred persons have OCD in their lifetime. It influences men and women equally.

It is a chronic severe cognitive disorder including hallucinations, impaired thoughts, anxiety, and paranoia. Schizophrenia affects 20 million people every year worldwide but it is not as prevalent as other mental disorders. In India, the prevalence of the disorder is 3 out of every 3000 people.
Each mental disorder needs to be treated with full attention and medical care. But with preconceived notions surrounding different types of disorders permeate our atmosphere, it creates an enclosed space for the people to actually seek medical attention. What is more, is that the majority of Indians lack fundamental knowledge about various sorts of mental disorders ushering to their denial.

The ultimate antidote for all types of the disorder is discerned in “let’s talk about it” procedure. This, however, isn’t a ‘one size fits all’ strategy. Some people may not find it easy to discuss it. In such a scenario what we can do is creating a space in which everyone finds it easy to talk and confess. Such an environment should be free from remarks, personal mockeries, and insensitive words.
What we need is not the solution to the difficulties of mentally ill people but the solution to the difficulties that make people mentally ill.

M. Jethmalani asks for NIA investigation into 2008 MoU between INC and CPC amidst Indo-China conflict

Safoora granted bail, still not innocent in the eyes of Justice

French Carmaker is all set to rule the Indian Market