My Name Is Khan: A Grid Of Identities

The 2010 Karan Johar directorial, My Name Is Khan is essentially about identities, it is about the several implications a certain 'identity' has and how it is difficult to rise above it.

by Areeba Husain
in Entertainment, Featured
Reading Time: 3 mins read
A A 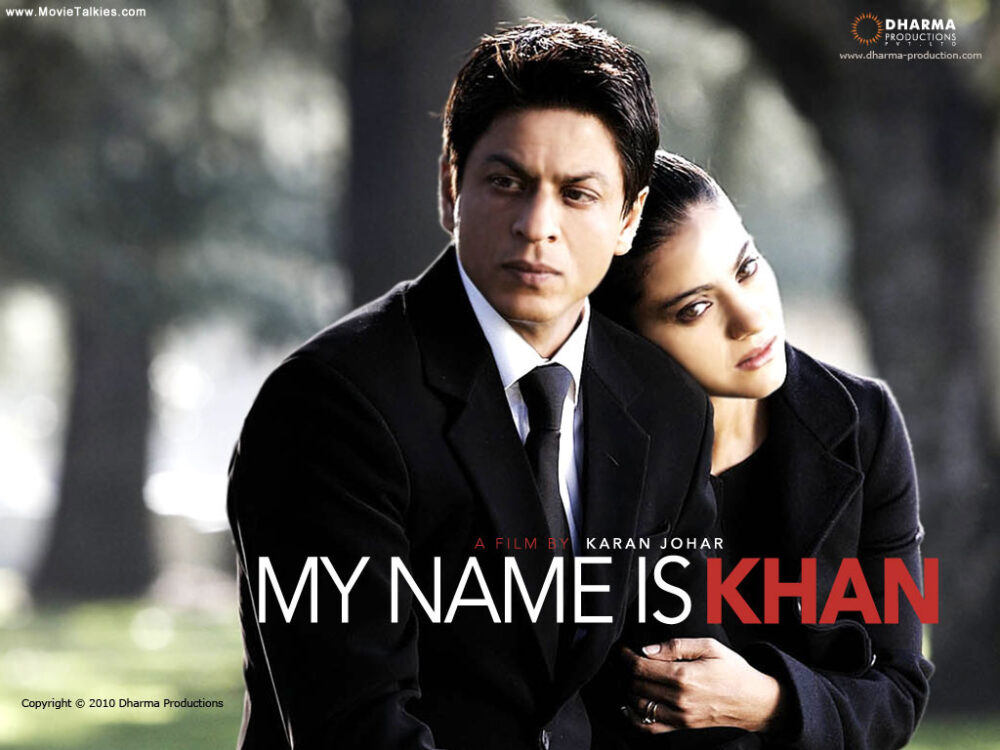 Directed by Karan Johar My Name is Khan is a 2010 released Indian drama film, which enumerates the journey of an autistic Indian Muslim man, focusing on the aftermath of the 9/11 attacks on the Muslims living in America. The film talks of the prejudice that aroused in the white community living in America against all the Muslims and consequentially the rise of racial profiling and hate crimes.

It also represents the dilemma of wearing the Muslim identity and the repercussions of being identified as a “Muslim” in the post 9/11 era in America. It also explores the implications of being a Muslim in America post 9/11, treating it as if what the Muslim community faced was an inevitable outcome of the attacks.

To begin with the identity of the protagonist, it is important to keep in mind that there are several layers to Rizwan Khan’s identity, played by Shahrukh Khan, he is not only a Muslim but an Indian Muslim, which is awfully different from being a Pakistani Muslim or a Middle Eastern Muslim.

And My Name Is Khan more than once talks about the religious conflict between the Hindu and the Muslim community especially within India but does not talk about what it means to be an Indian Muslims living in the United States of America where Muslims are associated not only as a single religion but also as race and therefore it becomes difficult to separate racial, national and religious identities.

Other than the national and religious identities, Autism is also an important aspect of Rizwan’s identity, suffering from Asperger’s syndrome and being a disabled individual, Rizwan is neither dependent nor apologetic about his condition, there is hardly anything that he’s not able to accomplish himself, but apart from that we also see that it is on the account of Rizwan’s mother, Razia’s (played by Zareena Wahab) love and patience that he is able to overcome a lot of difficulties he faces, this emphasizes the importance of affectionate and patient behavior towards autistic people or people who are mentally challenged.

The death wish of Rizwan’s mother was that he join his brother Zakir (played by Jimmy Shergill) in America, to her, moving to the U.S.A meant having a happy prosperous life, even in the first conversation between Zakir and Rizwan, the former tells the latter that working hard can make you successful in America, which is something that happened to him and could also happen to his brother. This is a very strong reference to the American Dream; believing that working hard in America could do wonders and turn your life around, it drew people from all over the places to America, Rizwan being one of them who one must remember was different from most of these people.

As an account of the experience of a Muslim man in America, My Name Is Khan mentions Iraq and the Afghanistan war and laments the death of Americans in these wars, like Sarah’s husband or Mama Jenny’s son, but doesn’t take a moment to acknowledge the horrible consequences of the war faced by the native people of these countries.

Having an entirely western point of view, it was hate crime which becomes a central theme of the film, the murder of Rizwan’s step-son Sameer was a hate crime, in fact, it is not the only hate crime which is a part of the film’s narrative, there are attacks shown like vandalizing Asian people’s property, attacks on even Sikh community because an average American is not able to distinguish between a Sikh man and an Afghan. This treatment of communities that physically appear the same shows that an average American had constructed a hypothetical enemy, an “other”, and recognized it just with any Asian individual, which shows a fear ignited in him by ignorance.

Set in America there are other aspects of socio-cultural representation of American society in the films such as the jovial, loud, poor and stereotypically portrayed African American Middle-aged woman Mama Jenny, and her son Joel. There’s also an element of inaccessibility to centres of power for a common man, represented through Rizwan’s repeatedly failed attempts to meet the president of the U.S.A.

My Name Is Khan crave out identities from different spheres of life and has infused them together, showing how each identity has its own implication, more often than not constructed by the people who objectively perceive these identities and reduce others to certain stereotypes compromising their human nature.

5 Farooq Shaikh Films that you need to watch