Netanyahu sworn in as head of Israel’s new far-right govt. 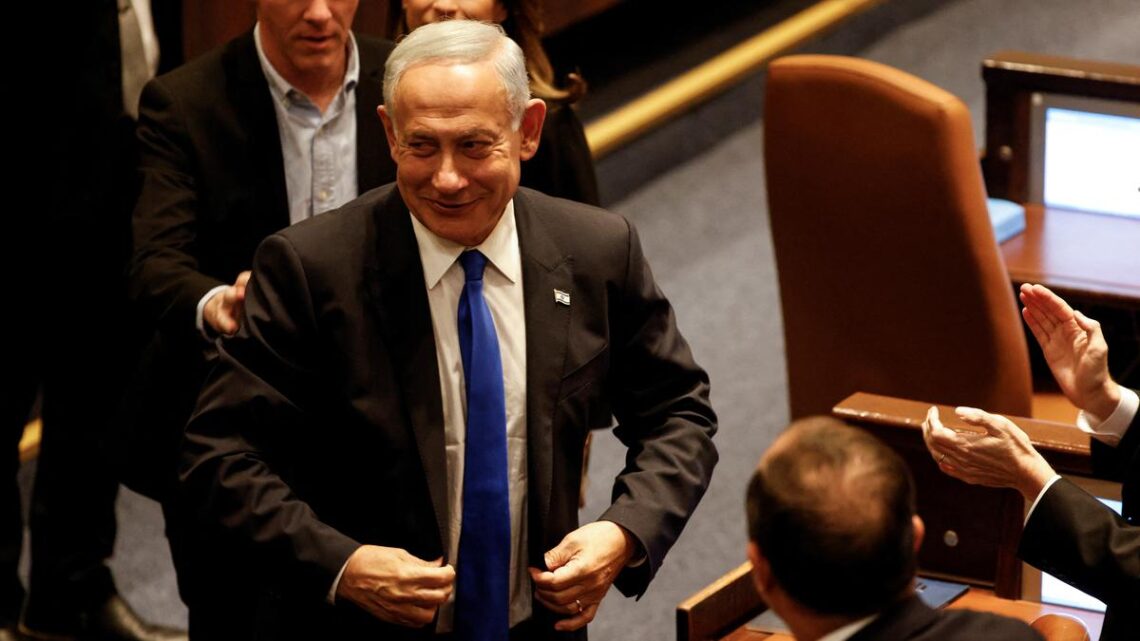 Benjamin Netanyahu was sworn into office Thursday, taking the helm of the most right-wing and religiously conservative government in Israel’s history and vowing to implement policies that could cause domestic and regional turmoil and alienate the country’s closest allies.

Mr. Netanyahu took the oath of office moments after Parliament passed a vote of confidence in his government.

His return marks his sixth term in office, continuing his more than decade-long dominance over Israeli politics.

His new government has pledged to prioritise settlement expansion in the occupied West Bank, extend massive subsidies to his ultra-Orthodox allies and push for sweeping reform of the judicial system that could endanger the country’s democratic institutions.

Mr. Netanyahu is the country’s longest serving Prime Minister, having held office from 2009 until 2021 and a stint in the 1990s.

He was ousted from office last year after four deadlocked elections by a coalition of eight parties solely united in their opposition to his rule while on trial for corruption.

That coalition broke apart in June, and Mr. Netanyahu and his ultranationalist and ultra-Orthodox allies secured a parliamentary majority in November’s election.

“I hear the constant cries of the opposition about the end of the country and democracy,” said Mr. Netanyahu after taking the podium in Parliament ahead of the government’s formal swearing-in on Thursday afternoon. “Opposition members: to lose in elections is not the end of democracy, this is the essence of democracy.”

“Heartiest congratulations @netanyahu for forming the government. Looking forward to working together to strengthen our strategic partnership,” Mr. Modi tweeted.

The two leaders also share a warm personal relationship and have often referred to each other as friend.