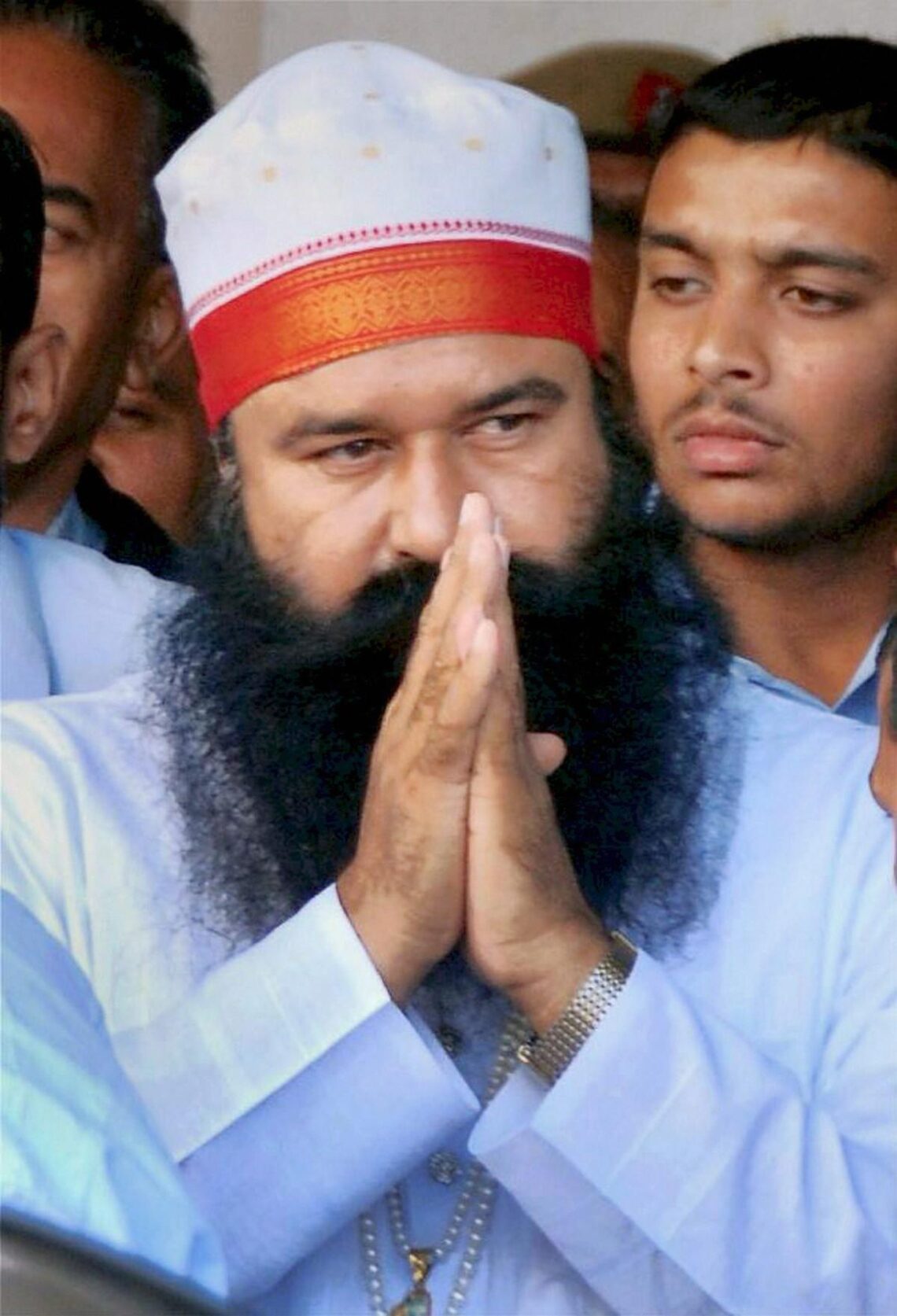 Currently out on parole, Dera Sacha Sauda chief Gurmeet Ram Rahim Singh for the past few days has been holding online discourses, which have been attended by BJP leaders from Haryana.

His parole has once again coincided with some polls in the region, the third such instance in the current year. Haryana will be witnessing panchayat elections and the bypolls to the Adampur Assembly seat next month.

The dera chief, who is serving a 20-year jail for raping his two disciples, had earlier come out of prison on a month-long parole in June, ahead of the elections to 46 municipalities in Haryana.

He was granted three weeks furlough from February 7, barely two weeks before the Punjab Assembly elections.

The Sirsa dera has a large number of followers in Haryana, Punjab, Uttar Pradesh and Rajasthan.

Haryana Deputy Speaker Ranbir Gangwa was present in a big gathering of the sect’s followers in Hisar on Wednesday to listen to an online discourse, during which he talked about his family’s association with the Sirsa dera.

Earlier on Tuesday, Karnal Mayor Renu Bala also joined an online “satsang” along with some other BJP leaders.

After his release on a 40-day parole on October 14, the dera chief went to the Barnawa ashram from Rohtak’s Sunaria jail where he was lodged.

Speaking with him during the online discourse, Mr. Gangwa said he was happy at the blessings given by the dera chief and hoped that one day he will address them face-to-face.

“You should always give your blessings,” said Mr. Gangwa, who referred to several “humanitarian causes” taken up by the dera from time to time.

Renu Bala addressed to the sect chief as “Pitaji” and said his blessings should always be with them.

She said many years back he had come to Karnal and given a message of cleanliness that helped the city.

“In future too, you should come to Karnal and once again give a message of ‘swachhta’ and bless us,” she is heard saying in a video of the event.

When contacted over the phone on Thursday, Mr. Gangwa said he sees nothing wrong in attending to the online discourse of the dera chief. He said since decades he and his family is connected with the dera and it is a matter of personal belief and choices.

“Since my birth, I am connected with this dera. In my village, the dera exists since 1960. Who follows that belief is his choice, why should anyone have an issue with that,” he said.

When asked eyebrows were being raised on the timing of dera chief’s parole, Mr. Gangwa said, “If he has been given parole against jail manual, then one can raise an objection. But granting parole to any prisoner is his legitimate right and rules have been framed for that”.

“He has been given parole even when there were no polls, so I don’t see any issue here,” Mr. Gangwa said.

Mr. Gangwa said several “humanitarian causes” have been taken up by the dera from time to time, including cleanliness drive, holding mega blood donation camps, drives against drug menace, extending help to the poor, which should not be overlooked.

The dera chief was last year also convicted along with four others for hatching a conspiracy to kill Ranjit Singh, a dera manager. The dera chief and three others were convicted in 2019 for the murder of a journalist more than 16 years ago.

9 Flute Solos In Hindi Songs That We Love To Revisit