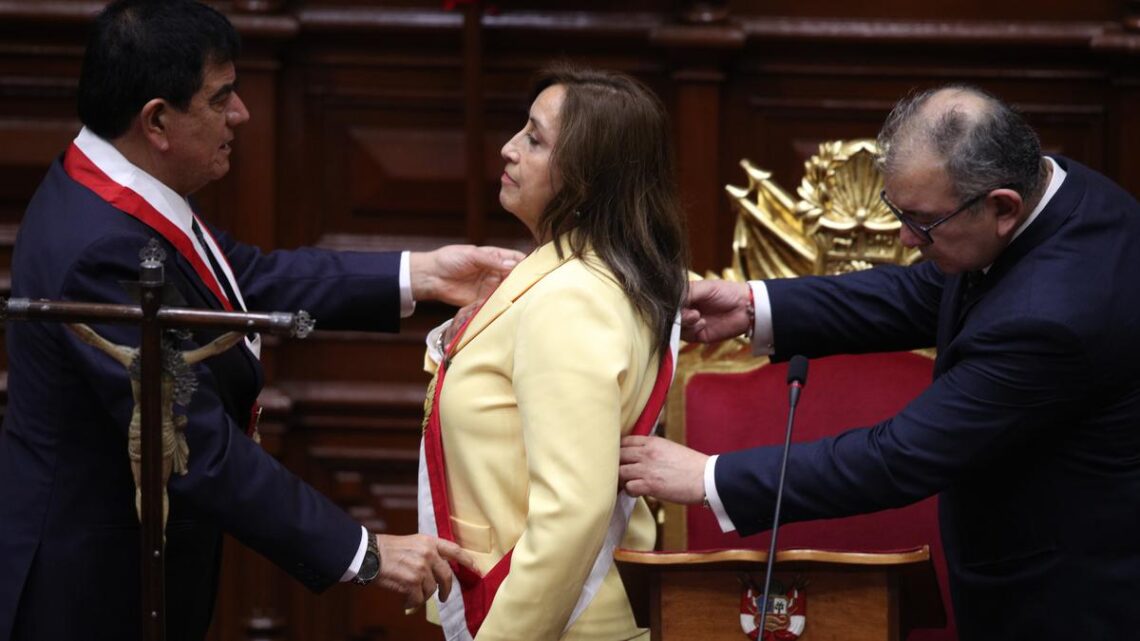 
Former Vice President Dina Boluarte receives the presidential sash as she is sworn-in as the new president at Congress in Lima, Peru.
| Photo Credit: AP

Peru’s new President Dina Boluarte was on Thursday facing pressure to form a government, a day after the country was thrown into political chaos by the dramatic arrest of her predecessor who stands accused of attempting a coup.

The South American country’s first-ever woman leader asked the opposition for a truce as she tried to end the turmoil sparked by Pedro Castillo, who had attempted to dissolve parliament and rule by decree.

Castillo’s efforts were quickly stamped out by lawmakers who voted him out of office in a dizzying day of high drama, by the end of which former vice-president Boluarte had emerged as the country’s new head of state.

She took the oath of office within two hours of the impeachment vote, donning the presidential sash in front of Congress and vowing to serve out the rest of Castillo’s term, until July 2026.

In her first words as president, she called for “national unity” and urged lawmakers to put aside their ideological differences, in a tacit reference to the confrontation between Castillo’s leftist government and the right-wing dominated Congress.

The 60-year-old lawyer must now form her first ministerial cabinet, which will be an early indication of whether she is likely to survive in office.

Her initial appointments will signal the support she can muster for her government. If she is unable to rule, calls will grow for her resignation or the calling of early elections.