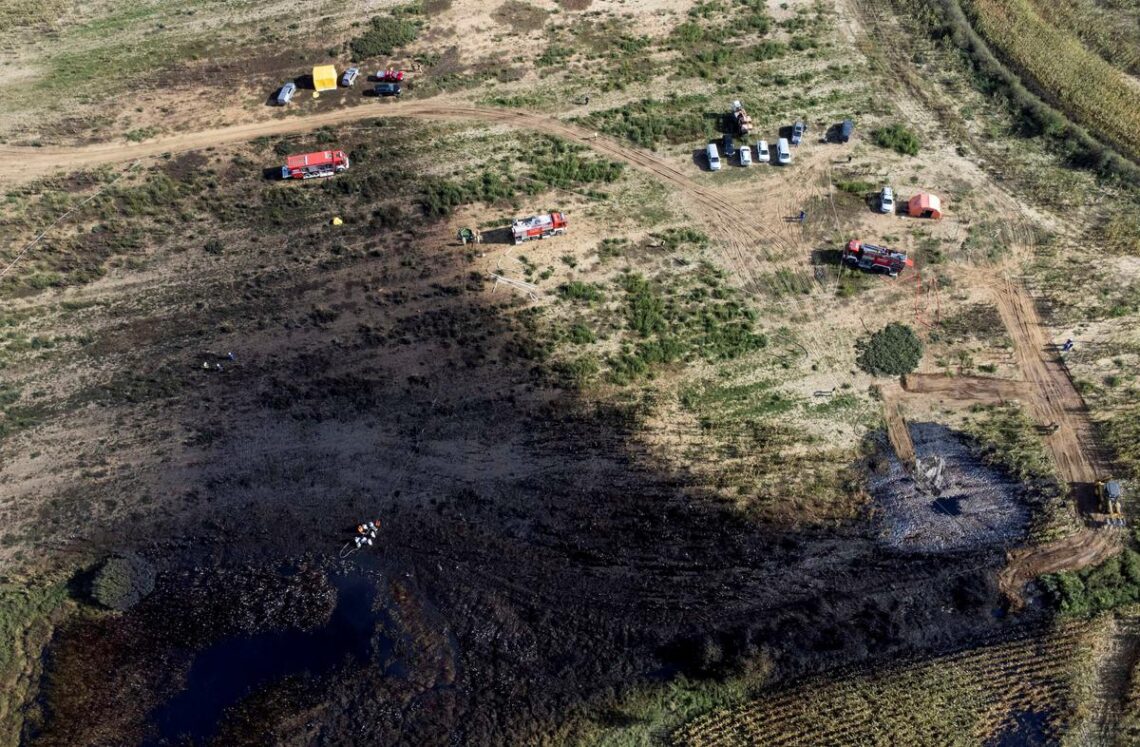 
A leak on a pipeline carrying oil from Russia to Europe added to concerns about energy security on Wednesday, while European Union Ministers worked on proposals to address the fuel crisis facing the continent heading into winter.

Poland said the leak in one of the Druzhba pipelines on the main route for oil to Germany was probably caused by an accident. The Nord Stream gas pipeline that serves Germany is currently out of action after a leak last month that has been blamed on sabotage by both Russia and the West.

Explained | The Nord Stream pipeline leaks: what happened and what is at stake?

E.U. nations have been seeking to reduce their reliance on Russian energy in response to Russia’s invasion of Ukraine in February.

The impact of that policy, plus steep cuts in supplies from Russia, has been felt across the 27-nation bloc, with gas prices almost 90% higher than a year ago and fears of rationing and power cuts over the coming winter.

E.U. Energy Ministers were meeting in Prague on Wednesday to try to agree new measures to tackle the crisis.

Most E.U. countries say they want a gas price cap, but disagree on its design. Some countries, including Germany, Europe’s biggest gas market, remain opposed, arguing it risks choking off supplies.

Germany and the Netherlands put forward their own proposals before Wednesday’s meeting in the Czech capital – suggesting 10 “no-regret” E.U. measures, including a new benchmark price for liquefied natural gas, tougher targets to save gas, and negotiating lower prices with other suppliers, such as Norway.

In neighbouring Poland, pipeline operator PERN said a leak was detected on Tuesday evening in a section of the Druzhba oil pipe around 70 kilometres from the central Polish city of Plock.

The Druzhba pipeline, whose name means “friendship” in Russian, is one of the world’s largest, supplying Russian oil to much of central Europe, including Germany, Poland, Belarus, Hungary, Slovakia, the Czech Republic, and Austria.

“Here we can talk about accidental damage,” Poland’s top official in charge of energy infrastructure Mateusz Berger told Reuters by telephone. He said there were no grounds to believe the leak was caused by sabotage.

Across Europe, analysts have put the gas supply shortfall at almost 15% of average winter demand and said Germany needed to cut energy consumption by around a fifth, with worrying implications for Europe’s biggest economy whose industry has relied on abundant, affordable energy supplies.

The energy crisis has had knock-on effects across the whole of Europe as businesses have passed on extra costs, squeezing household budgets.

Governments are also trying to figure out how to fund emergency measures taken to protect customers and smooth out the distortions caused by the surge in prices.

In Britain, the new government set out plans for a temporary revenue limit on low-carbon electricity generators, which the industry said was a “de-facto windfall tax” on renewable energy producers.

Rocketing gas prices across Europe and Britain have driven up the cost of electricity.

Electricity prices are typically set by gas, so the measure would apply to low-carbon generators that sell their power at those soaring prices but have the advantage that they do not need to buy expensive fuel.