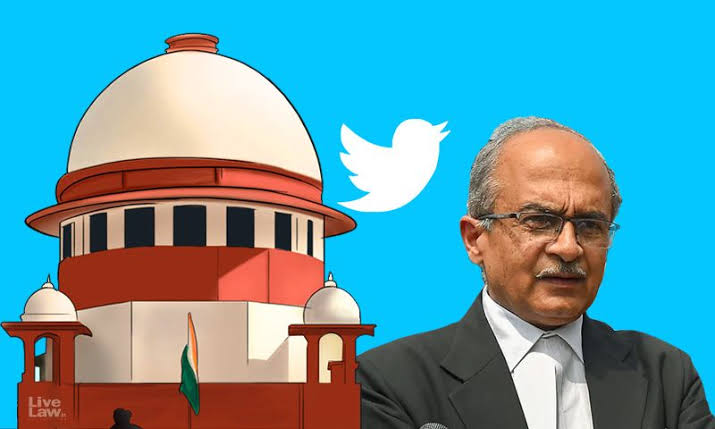 The court says Its authority had been undermined by two tweets the senior lawyer had issued in late June about the performance of the judiciary.

The great alacrity, shown by the apex court in completing the contempt case of senior advocate Prashant Bhushan by taking 24 days only to finish the hearing when many other crucial matters impacting the lives of millions awaited decision – clearly shows a lack of defined methodology in the listing of cases for hearing.

The listing of cases is the prerogative of Chief Justice of India and the Supreme Court’s registry carries out the administrative tasks involved with it. For cases which require an urgent listing, lawyers are expected to mention their request in front of the chief justice or his nominee and it is left to the discretion of the court whether to allow the request.

From the available evidence, it is clear that the apex court has increasingly exercised discretion to prioritise certain cases. As was the case with a petition filed by Republic TV editor Arnab Goswami, seeking protection from FIRs registered against him. His petition was filed after 8 p.m. and listed the very next morning at 10:30 am.

Adding to this is the fate of an 11-year old contempt case against Bhushan, which was last heard in 2012 and now the court has decided to resume its hearing when, in stark contrast, there are other important cases pending before it that have a wide range of ramifications on statehood (Article 370), liberty (Habeas Corpus), citizenship (CAA), and transparency (electoral bonds).

Interestingly, Last year, four senior judges of the apex court questioned the way in which cases were being assigned to certain benches.

Also, a Senior Advocate Dushyant Dave has alleged that cases are being heard out of turn. 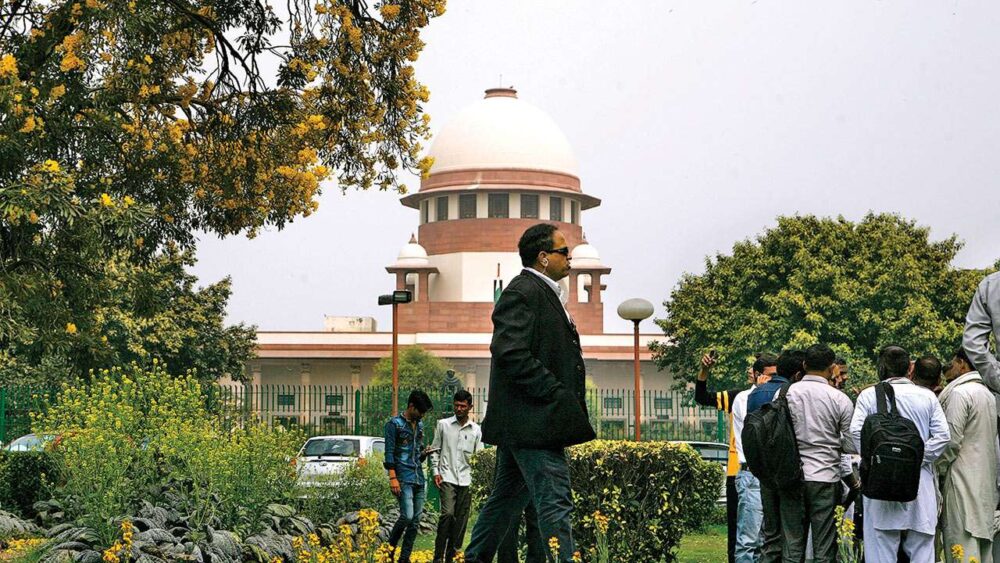 Article 370: A petition by National Conference leaders challenging abrogation of Article 370, filed before the Supreme Court on August 10, 2019, still remains undecided even after 377 days.

The petition was listed on March 2nd and has not been listed since, with no next date reflecting on the court's website, according to a scroll.in article.

Habeas Corpus Petitions: The deliberate delay in a similar petition can be seen in the petition filed by Iltija Mufti, the daughter of Jammu & Kashmir's last democratically elected CM Mehbooba Mufti who despite being more powerful and resourceful than an average Kashmiri could not inspire confidence in the judicial system for challenging the detention of Kashmiris since the abrogation of article 370 on August 5, 2019.

It has been 184 days since Iltija Mufti filed a petition on February 19, 2020, challenging Mehbooba Mufti's detention under Public Security Act (1978).

Mufti'spetition filed and last heard in February remains unheard to this day, according to a Scroll.in report.

CAA: As many as 253 days have passed since the challenge was filed against CAA that triggered wide-spread protests and several arrests followed since.

The Act was challenged before the supreme court on December 12, 2019. Since then, the court is yet to start hearing the challenge. The court just continues to issue notices in related petitions according to a scroll.in report.

Activism in New India is a dirty anti-national word, here…

Electoral Bonds: The challenge to the electoral bond scheme was filed in the supreme court on September 4, 2017. It has been 1082 days, since. The issue still awaits the verdict.

The scheme was introduced in the Finance Bill 2017 and was notified on January 2, 2018.

In the meantime, India has witnessed assembly elections in 16 states and the general election of 2019.  Between March 2018 to January 2020, 12,452 electoral bonds worth Rs 6,210 crores were sold, according to Scroll.in report.

Apart from the issue of preferable listing of cases, Senior lawyer Bhushan's case has brought in further damage to the court's image as the supreme court heard arguments on Thursday about the sentencing on lawyer Prashant Bhushan for contempt of court, Attorney General K.K. Venugopal attempted to make a submission that Bhushan’s comments were not unique and that even Supreme Court judges have said similar things that “democracy had failed in the Supreme Court.” If those judges were not in contempt of court for stating that democracy had failed in the Supreme Court, why is Bhushan?

The attorney general also asked the court not to punish Bhushan, referring to the lawyer’s stellar record in the fight for human rights.

On the other hand, It is also true that Venugopal failed to insist on his right to speak. Because the official written order of the court did not even record what the attorney general said during the Thursday hearing, says a scroll.in report.

When the  Attorney General was stating his opinion, he was abruptly cut short by a leading judge of the bench, Justice Mishra, who said the bench was not inclined to hear him on merits on the day of the hearing, according to an article published by scroll.in.

Although the petition against Bhushan was moved by a lawyer asking the court to initiate contempt proceedings for his tweets, the Supreme Court chooses to initiate a case on its own and not base it on the petition. Thus, the approval of Attorney General KK Venugopal, one of India’s most senior lawyers, was not necessary, according to the court.

Senior lawyer Prashant Bhushan had been convicted on August 14, for criminal contempt. The court says Its authority had been undermined by two tweets the lawyer had issued in late June about the performance of the judiciary and chief justice S A Bobde.

However, the Supreme Court on August 20 did not pass sentence on lawyer Prashant Bhushan. Instead, it said it would give him “two-three days time” to “think over” his statement defending himself for contempt of court to which Prashant Bhushan said, he is unlikelyto consider his statements submitted earlier to court.

"What lowers the dignity of the judicial system is not a tweet, but the facts and the procedure of dealing,"  says former Union minister, journalist, and author Arun Shauri in an interview with The Indian Express.

Chetan Bhagat Opens Up About Bollywood Bullies And Credits Sushant For Career: Interview With Times Now