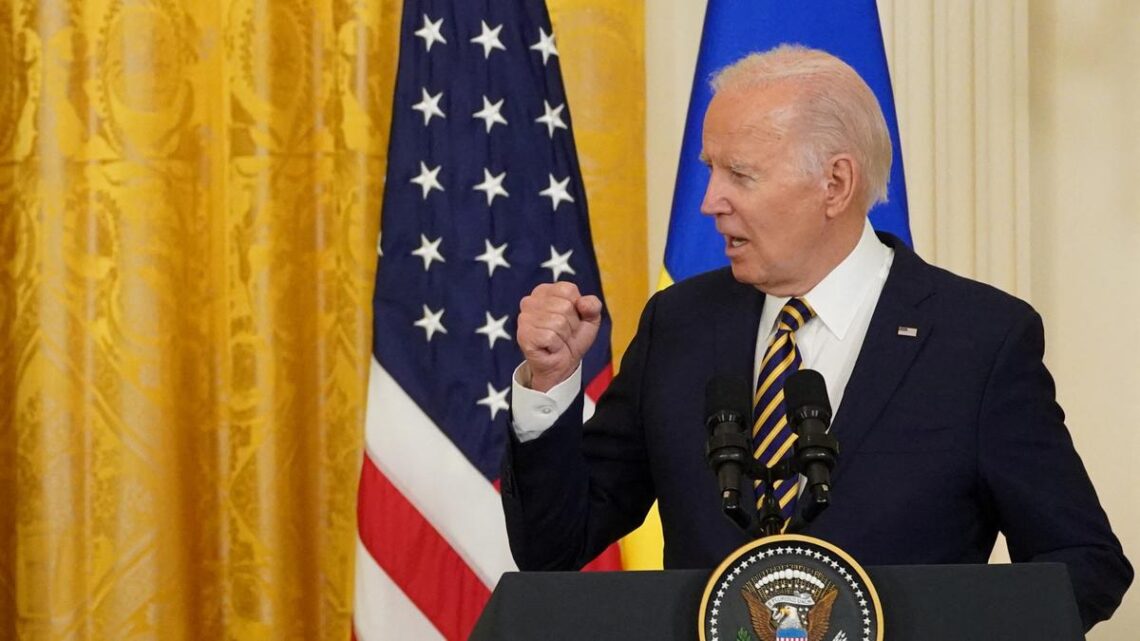 
U.S. President Joe Biden speaks during a joint news conference in the East Room of the White House in Washington, U.S. on December 21, 2022.
| Photo Credit: Reuters

The Biden administration on Wednesday unveiled new curbs on technology exports to Russia’s Wagner military group, in a bid to further choke off supplies to the contractor over its role in the Russian invasion of Ukraine.

The Wagner group, which was added to a trade blacklist in 2017 after Russia annexed Ukraine’s Crimea region, will now be labelled a military end user and face tough new curbs on access to technology made anywhere in the world with U.S. equipment.

“The Wagner Group is one of the most notorious mercenary organizations in the world and is actively committing atrocities and human rights abuses across Ukraine,” said Under Secretary of Commerce for Industry and Security Alan Estevez. “Today we are sending a clear message to non-state actors seeking to pick up the baton of brutality from Putin’s faltering military that the Department of Commerce will not hesitate to act against them.”

The move, first reported by Reuters, is a show of support for Ukrainian President Volodymyr Zelenskiy, who visited the White House on Wednesday and received renewed assurances of U.S. support amid Russia’s continued onslaught on Ukraine.

The United States has backed Kyiv with billions of dollars worth of weapons shipments and tough sanctions on Russia since Moscow invaded Ukraine in February in what it describes as a special operation.

The Wagner group, a private military contractor with close ties to the Kremlin, was founded in 2014 after Russia seized and annexed Ukraine’s Crimea peninsula and sparked a separatist insurgency in Ukraine’s eastern Donbas region.

Its forces are known to be fighting in parts of Ukraine, including during a brutal, long-running battle for the small city of Bakhmut.

The U.S. State Department also designated Wagner in November for operating in the defense sector of the Russian economy, and accused the group of seeking to purchase Iranian drones, likely to support its operations in Ukraine.