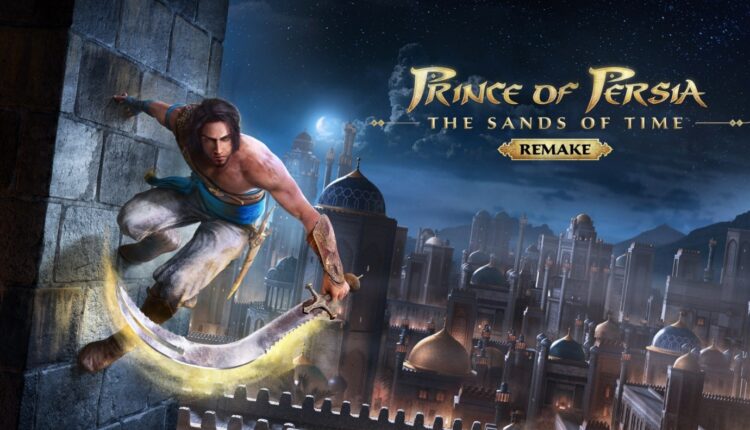 Prince of Persia: The Sands of Time Remake is being developed by an Indian Game Studio

The Persia of Persia: Sands of Time remake has been announced at Ubisoft Forward. The Remake is being made by Ubisoft India Studios with completely new graphics. It is facing development blues due to Covid-19 and backlash from fans regarding graphics.

The leaks and rumours have turned into truth. Ubisoft finally decided to draw the curtains and released an announcement trailer for POP: Sands of Time Remake in their latest event, Ubisoft Forward, which was organized in the lieu of the E3 event in July. Something to rejoice for the Indian fans is that this game is being developed with the combined might of Ubisoft Mumbai and Ubisoft Pune.

The game has been 2 years in the making and is the combined effort of 170 employees of Ubisoft India Studios. This game is being made from the ground up using the AnvilNext 2.0 engine, the same engine used to build Assassin’s Creed: Unity. This is also evident by the game graphics, as Assassin’s Creed: Unity had some of the most detailed and realistic looking characters and buildings, which was praised a lot by fans and virtual photographers. This is true for the remake too, as the buildings look amazing with great lighting. Apart from better graphics, the game also includes new motion capture animations, re-recorded dialogues, new assets, and new gameplay features. However, the remake still has the same story and gameplay as the original.

All that glitters is not gold. The game had seen some development problems due to Covid-19, it affected their release date which was shifted from Late 2020 to Early 2021. To add salt to injury, Ubisoft got backlash from social media regarding the game’s graphics. They had to release an official statement regarding this. The key takeaway from the statements is that the AnvilNext game engine has been designed for open-world games whereas Prince of Persia is a linear game. They also wanted to preserve the artistic style of the original game.

Fret not as the game will definitely be polished, and will look much better at launch. The trailer was captured from an older build and improvements are constantly being made.

In a recent interview to Gadgets360, Jean-Philippe Pieuchot (Managing Director of Ubisoft India Studios) tells that this game is monumental for the AAA game development in India and “With this remake, Ubisoft has pioneered AAA expertise in India.” This game is the result of the years of R&D and collaboration done by Ubisoft in India.

Ubisoft recently opened an R&D unit at IIT Bombay for game automation using machine learning and artificial intelligence through research work. Game Automation means creating games and in-game environment automatically from computers. This is a big research topic, and for Ubisoft to choose India for their research work shows their commitment and interest in India. If the efforts of Ubisoft bears fruit then other companies may also follow their suit and invest in India for game development. This shall be a huge boost to the otherwise dormant video game industry in India.

Prince of Persia is one of the biggest gaming franchises in the world and is very close to the Indian audience. Fans had been requesting for a new title in the Prince of Persia franchise. This may not be what the fans wanted but at least its something.

Ubisoft may also be testing waters with this launch and see the interest of gamers in Prince of Persia and if the reception turns out amazing we may be looking at a new Prince of Persia game in the future. This game will help introduce new players into the POP games and give a new experience to the fans of the game.

The game is available for preorder and will be releasing on January 21st for PC, PS5, PS4, Xbox Series X/S, and Xbox One at $40 (Rs 3000). A switch version is also hinted to be in works though it hasn’t been confirmed yet.

Can we solely blame mental health for instigating suicides?