Indian web series are touching new heights every day. Rudra is the adaptation of the BBC series Luther starring Ajay Devgan and Raashi Khanna in the leading role. The web series is currently available on Hotstar and here is a review from our side to help you decide if the film is worth giving a watch. 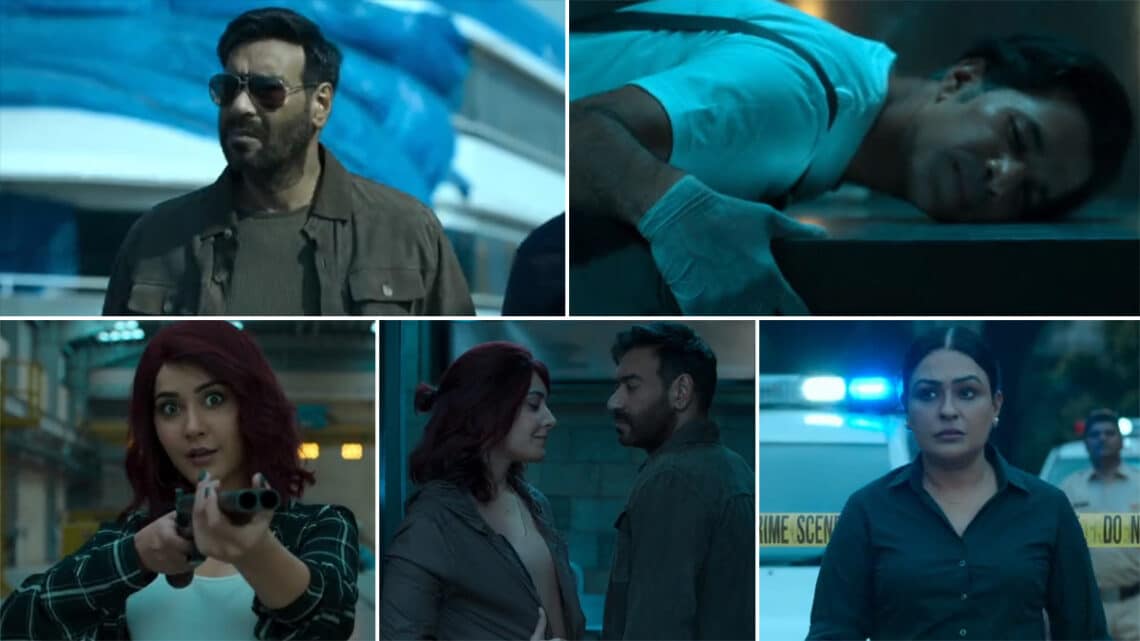 In the long list of web series adapted from the shows of foreign countries joins Rudra, a remake of the psychological thriller Luther.

Disney+ Hotstar’s latest crime thriller appears to deliver something different from the ordinary. Nonetheless, with thousands of series coming on OTT platforms daily, the question is– is it worth watching?

Changing the setting from London to Mumbai is a big task, with the people and environment of the cosmopolitan city changing and none of the characters in the series are seen speaking the local language.

Most of the sights from the series are an exact expression of the 2010 British Drama but the image of a troubled cop is successfully created through the heart of scenes and dialogues.

The series basically focuses on a cop, working in the Special Crimes Unit, investigating dangerous crimes while drifting through the experience of an estranged marriage. The workaholic cop is struggling to accept the reality that his wife left him for another man.

The routine investigations come to a halt and we get the central theme of the series with the murder of Aliyah Choksi’s parents and their dog.

Named as a child prodigy by Rudra’s boss, Aliyah is now a murder suspect in the case. Rudra finds it difficult to uncover Aliyah’s truth in front of the world but he soon develops a strange friendship with her which doesn’t look good considering his revoked suspension.

Ashwini Kalsekar played the role of the commissioner of police who join hands with Rudra to investigate the case and protect him from the jabs of their collaborators.

Now, DCP Rudraveer Singh has to explore the case while being under the radar of the system despite being one of the famous officials in the Mumbai Police.

Ishaan Trivedi, Abbas, and Hussain Dalal lead the way in the scriptwriting, and from the initial three episodes, it is evident that an Indian essence is added to the original series.

The six episodes long series is paced in an impeccable manner and the director Rajesh Mapuskar dive into the series right from the beginning.

The script connects itself to the original series and this is one of the reasons why the plot is effective as well as engaging.

Most of the episodes are concentrated around criminals who are extremely genius and know how to psychologically judge people– making it even more interesting to watch the chase. Nonetheless, the show is not limited to it and also unravels Rudra’s story as the episodes continue.

Ajay Devgan gives an impressive performance with his digital debut. The essence and persona needed for the troubled cop Rudra were met by Devgan. Apart from him, the rest of the cast also play their role remarkably.

The pressure of personal and professional life makes it hard for the police officer to tackle his anger and frustration which is indicated by the impulsive and rough decisions taken by him.

One of the most dramatic police officers in the role of Singham was Ajay Devgan but the law-abiding official is seen with a bunch of his own mistakes and blunders in this series.