Science and Cinema: 5 biopics on the lives of new age scientists

Biopic genre of cinema is always very fascinating but behind every great innovation there is a fascinating story, sometimes told sometimes untold, In this post, TSA has brought you a list of biopic movies based on the lives of new age scientists.

by TSA Desk
in Entertainment, Listicles 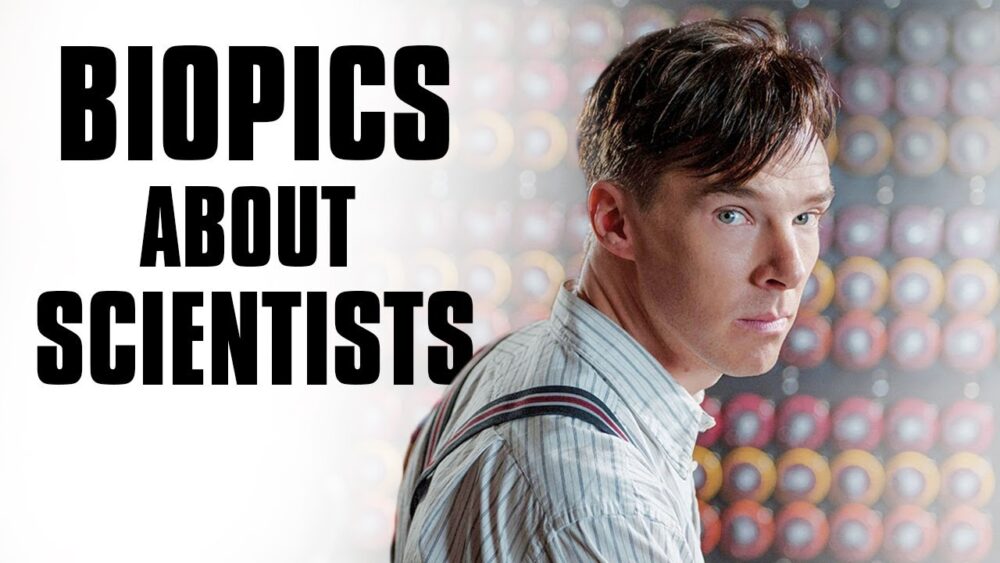 In this mainstream culture of spectacle where easy literature and light movies, which do not exist any longer than the duration of the show, disappearing and leaving space for equally successful and ephemeral movies, exists a genre of biopic movies that not only entertains but also inspires and aspires the audience to be a greater self of themselves through their stories of struggle, zeal, compassion, and despair.The ‘new age’ has been an era of great scientific discoveries and technological advancement and here in this listicle, we will tell you about a few fantastic movies inspired by the true stories of the brilliant minds of our age:

Released in 2001, A Beautiful Mind won 4 Academy Awards including the award for Best Pictures. The movie is based on the life of Nobel laureate John Nash, which is beautifully portrayed by Oscar-winning actor Russell Crowe.

The story revolves around the lifelong struggle and triumph of john Nash from Schizophrenia, a mental illness that develops in his 30’s, while he was on the brink of international acclaim because of his ground-breaking work that changed the understanding of 150 years of knowledge.

In his struggle with the illness, his devoted wife (Academy Award winner Jennifer Connelly) helps and encourages him to regain his passion for mathematics and make a comeback to his academic career despite the medication and treatment hindering his capabilities. John later became the only person to receive the Nobel prize and Abel Prize (directly modelled after the Nobel Prizes for mathematics).

The Theory of Everything, based on the real-life story of the most brilliant and renowned Physicist of the time, Stephen Hawking and his wife Jane Wilde with whom he fell in love during his study in Cambridge in the 1960s. At the age of 21, Hawking was diagnosed with a rare illness leaving him with only two years of life expectancy.

However, with the caring and nurture of his wife, he lives way longer than what was anticipated by the doctors, and over the course being called the next successor of Einstein, also a husband and father to their three children. As Stephen’s body collapsed with time and his academic renown soared.

The journey of Hawking’s life is beautifully depicted in this movie while Eddie Redmayne and Felicity Jones have extraordinarily portrayed the character of Stephen Hawking and Jane Wilde. Redmayne also won the Oscars for best actor for his role.

The Imitation Game is based on the real-life story of British mathematician, logician, cryptologist and computer scientist, considered as the father of theoretical computer science and artificial intelligence Alan Turing portrayed by Benedict Cumberbatch. The movie mostly revolves around the life of Turing while he worked at Bentley Park, Britain’s codebreaking centre during Wold War-II on a highly classified mission to break the German Enigma codes, considered unbreakable during the War.

In his quest to build a machine that could think, he encounters many aspects of human bonds that were alien to him. Turing machine is believed to have led to the victory of allied forces in Europe, shortening the war to nearly two years.

After the war, Turing went on to assist with the development of computers at the University of Manchester but was prosecuted by the UK government in 1952 for homosexual acts which the country deemed illegal. Regardless of these accomplishments, he was never fully recognised during his lifetime due to the dominance of homophobia at the time and because much of his work was covered by the Official Secrets Act. He died at the age of 42 by suicide.

The Current war is based upon the Rivalry that ensued between the two greatest inventors of the Industrial age, Thomas Elva Edison and George Westinghouse because of their difference of opinion about which electric delivery system should be used in the United States. Edison was adamant that Direct Current (DC) is the best possible option, while George Westinghouse believed the Alternating Current (AC) was the only viable choice for common use. In an attempt to win over the consensus, a series of innovations, ideas, smear campaigns, and tragedy befalls both rivals.

This “War“ was the reason for Nikola Tesla’s uprising, inspiring him to design the AC induction motor and the modern electricity supply system. Finally, the movie also lets us know about the scandalous invention that made Edison quit the energy business for good. The character of Thomas Edison is portrayed by the phenomenal actor Benedict Cumberbatch and George Westinghouse by spectacular actor Micheal Shannon, taking us back in time.

The movie is the incredible untold story of Katherine G. Johnson (Taraji P. Henson), Dorothy Vaughan (Octavia Spencer) and Mary Jackson (Janelle Monáe) – three brilliant African-American women working at NASA, acting as the major contributors to the success of the launch of First American, John Glenn into the obit during the peak of Space Race, a stunning achievement that restored the nation’s confidence, turned around the Space Race for America.

This is also the story of resistance and determination of the visionary trio who despite the prevalence of colour discrimination during that period in America, crossed all gender and race lines to inspire generations to dream big. The brilliant performance of the three actresses will knock your socks off.

This post is a combined effort of two TSA writers, Saurav Singh and Neha.

Tags: #Biopics on ScientistsScienceScientific movieTHE THEORY OF EVERYTHING

Price of last rites: Labourer’s body Cremated on Road due to lack of Money