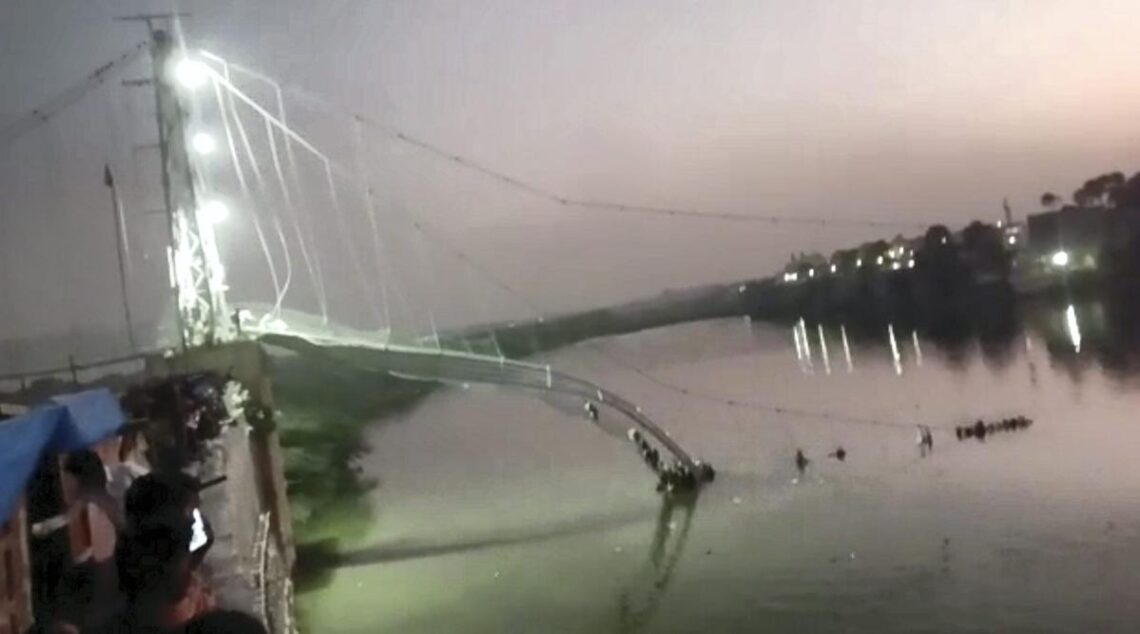 According to Minister Brijesh Merja 40 people have died so far; State government is yet to give any official figure but the Prime Minister has announced an ex-gratia for the dead.

According to Minister Brijesh Merja 40 people have died so far; State government is yet to give any official figure but the Prime Minister has announced an ex-gratia for the dead.

Dozens of people have died after more than 350 people have fallen into the Machchhu river when a cable bridge collapsed in Gujarat’s Morbi town on October 30 evening.

According to Morbi MLA and the State Minister Brijesh Merja 40 people have died so far in the tragedy even as the number is likely to go up significantly.

News agency PTI quoted Superintendent of Morbi civil hospital Dr. Pradip Dudhrajia as saying that at least 32 people had died in the incident as the “hospital has so far received that many bodies”.

As the casualty numbers are rising, Chief Minister Bhupendra Patel and other Ministerial colleagues are rushing to Morbi to oversee rescue works by state agencies.

Authorities have launched a rescue operation amidst chaos at the site after the colonial era bridge was reopened after repair and renovation on October 26.

Prime Minister Narendra Modi, who is in Gujarat for three-day visit, directed the Gujarat Chief Minister to mobilise teams on urgent basis for rescue work. Mr. Patel has informed that the local administration has already launched the rescue operation and the injured persons are being taken to the hospitals.

The Prime Minister has also announced an ex-gratia of ₹2 lakh from PMNRF for the next of kin of each of those who lost their lives. The injured would be given ₹50,000.

The colonial era bridge was originally built by the erstwhile princely state of Morbi and the bridge was considered a marvel of British engineering. Locally, it was called Julto Pool and was one of the tourist attractions of Morbi, a major industrial town with thousands of factories making ceramic tiles and bathroom products and wall clocks.

The State authorities have dispatched emergency rescue teams from neighbouring districts to Morbi to join the rescue efforts hampered by the dark and heavy water into the river.