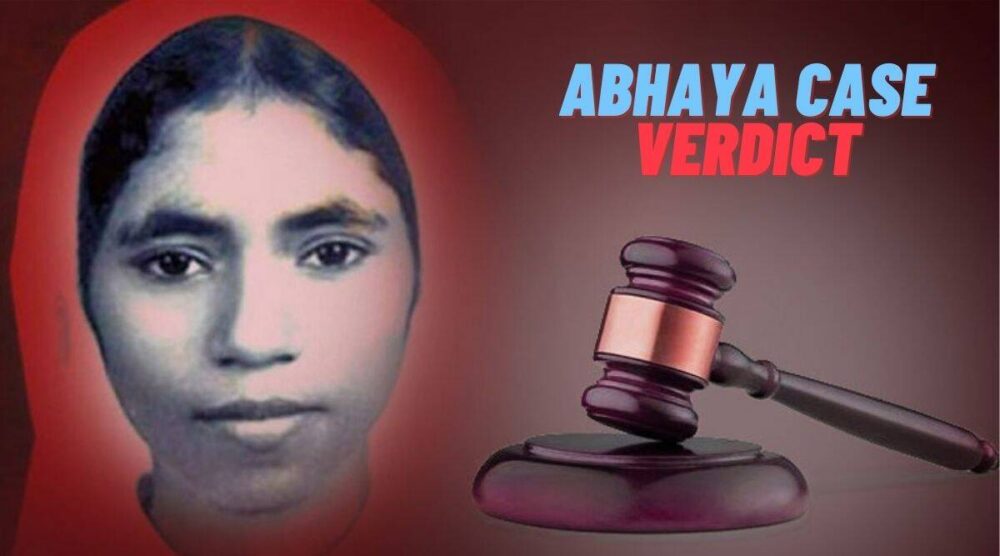 On Wednesday, a special CBI court in Thiruvananthapuram passed the judgment of life imprisonment against Father Thomas M Kottoor and Sister Sephy, a priest and a nun of the Catholic church, for the murder case of Sister Abhaya (1992), almost 28 years old murder case.

Initially, The crime branch and CBI team examined and ceased it by regarding it suicide or murder, whose culprits couldn’t be traced but the court rebuffed their statement and ordered a further inquiry.

As per the CBI charge sheet, Sr Abhaya woke up around 4 am on an ill-fated day and stepped down the stairs to fetch water from the kitchen’s refrigerator, where she witnessed intimacy between the two accused.
Consequently, attacked and murdered by the accused, as she witnessed the forbidden.

The trial was started in the CBI special court in the last week of August 2019.

God’s hand was visible in all the stages of the trials when there were attempts to bury justice, human right activist Jomon Puthen Purackal said.

He has been fighting for justice in the case.

“I am happy that our judicial system is powerful enough to deliver justice against all odds”, he said.

After the verdict, Sr Sephy declined to face the media. while, Fr Kotoor insisted “I am innocent, I have done no wrong. God is with me, I will proceed as per God’s plan” he said.

What Casino Slots Pay the Best and Ways to Win Them