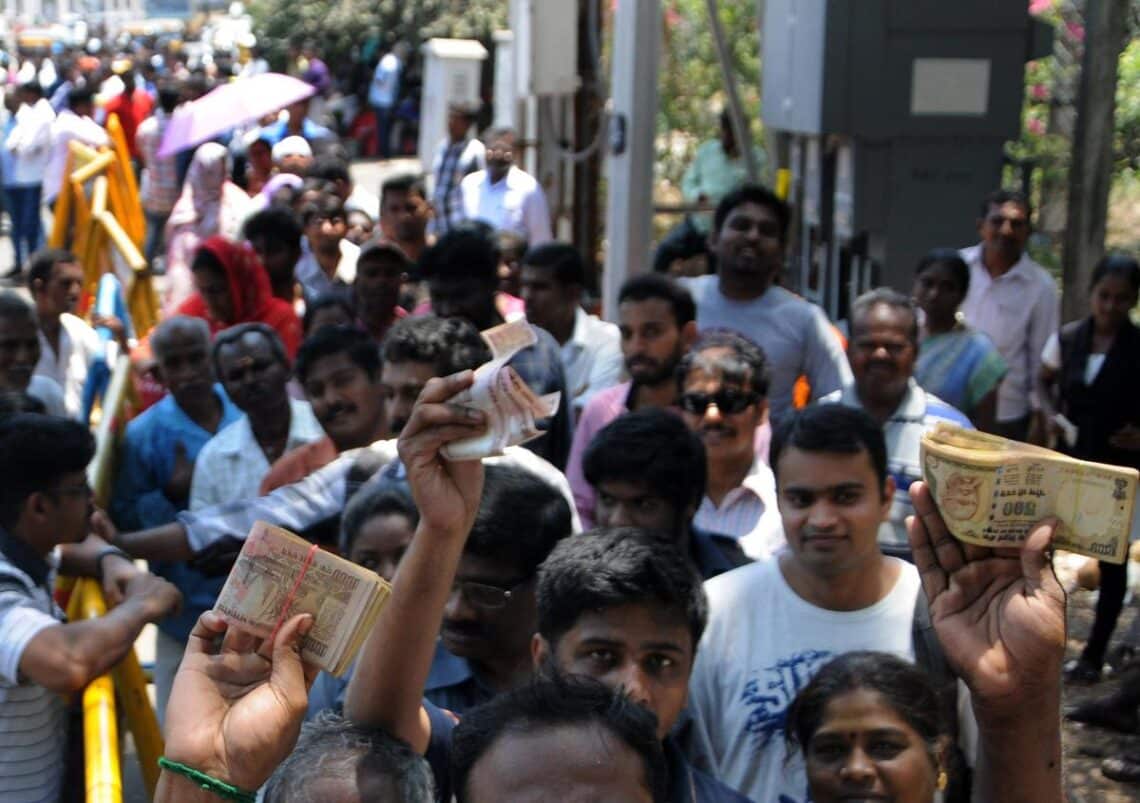 Currency with the public has jumped to a new high of ₹30.88 lakh crore as of October 21, illustrating that cash usage is still robust even six years after the demonetisation move.

At ₹30.88 lakh crore, the currency with the public is 71.84% higher than the level for the fortnight ended November 4, 2016. On November 8, 2016, Prime Minister Narendra Modi had announced the decision to withdraw ₹500 and ₹1,000 denomination notes with the ultimate aim of reducing corruption and black money in the economy.

As per the fortnightly data on money supply released by the RBI on Friday, the currency with the public increased to ₹30.88 lakh crore as on October 21. The central bank data for Reserve Money had put the currency in circulation at ₹17.7 lakh crore on November 4, 2016.

Currency with public refers to notes and coins used by people to transact, settle trades, and for buying goods and services. The figure is arrived at after deducting cash with banks from the currency in circulation.

Cash usage has been steadily rising in the economy, even as newer and far convenient digital alternatives of payments have become popular. The COVID-19 pandemic, which laid an emphasis on contactless transactions, also gave a fillip to such digital modes.

A 2019 RBI study on digital payments had partly addressed the issue.

“Although digital payments have been growing gradually in recent years, both in value and volume terms across countries, data also suggests that during the same time, currency in circulation to GDP ratio has also increased in consonance with the overall economic growth,” it had said.

“… an increase in digital payments to GDP ratio over a period of time does not seem to automatically imply a fall in the currency to GDP ratio of the country,” it had added.

It had said that after demonetisation, India has witnessed a significant increase in digital transactions, although the digital payments to GDP ratio in the country has been traditionally low.

In a recent note, economists at SBI had said the currency in circulation (CIC) declined by ₹7,600 crore in the Diwali week, which was the first such decline in nearly two decades if one were to exclude the 2009 festivities, which saw a marginal dip due to the global financial crisis.