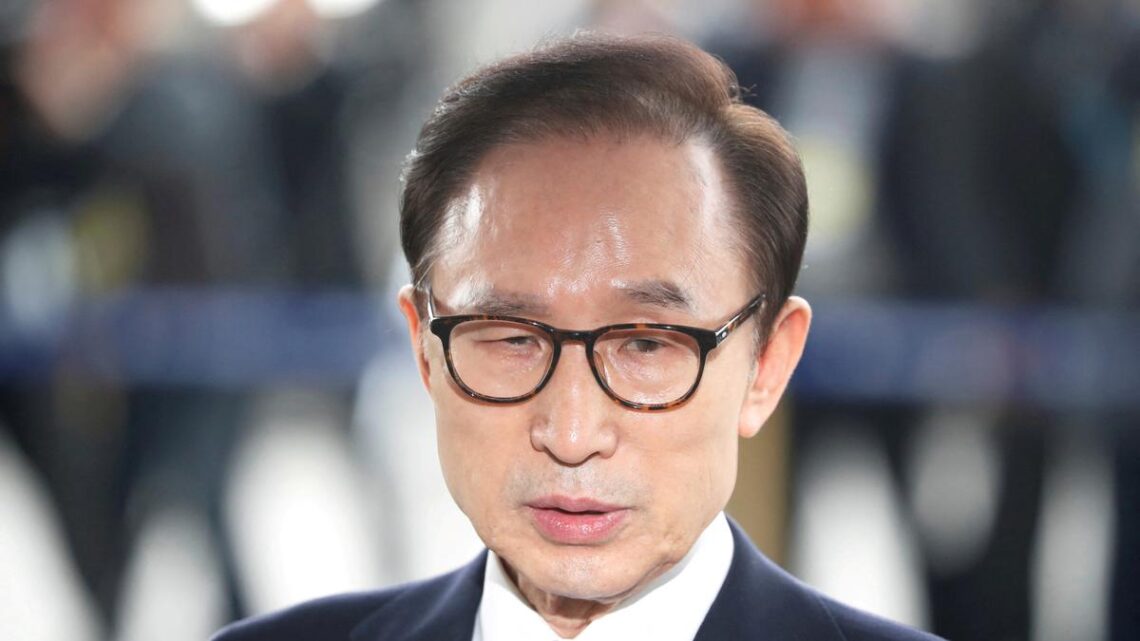 The South Korean government of President Yoon Suk Yeol said Tuesday it will grant a special pardon to ex-President Lee Myung-bak, who was sentenced to a 17-year prison term for a range of corruption crimes.

The Justice Ministry said in a statement that Lee is among 1,373 convicts who will be pardoned Wednesday. It said it has decided to include some politicians, such as Lee, as part of efforts to promote a national unity.

Lee, 81, was released from prison temporarily in June over health concerns.

The CEO-turned-conservative hero had been convicted of taking bribes from big businesses including Samsung, embezzling funds from a company that he owned, and other corruption-related crimes before and during his presidency from 2008 to 2013.

He was South Korea’s first president with a business background and once symbolised the country’s economic rise.

He began his business career with an entry-level job at Hyundai Group’s construction arm in the mid-1960s, before he rose to CEO of 10 companies under Hyundai Group and led the group’s rapid rise at a time when South Korea’s economy grew explosively from the rubble of the 1950-53 Korean War.

Lee’s corruption case erupted after his successor and fellow conservative Park Geun-hye was ousted and sent to jail over a separate 2016-17 corruption scandal. The back-to-back scandals deeply hurt conservatives in South Korea and deepened a national divide.

Park, who was serving a lengthy prison term, was pardoned in December 2021, when South Korea was governed by Yoon’s liberal predecessor, Moon Jae-in.