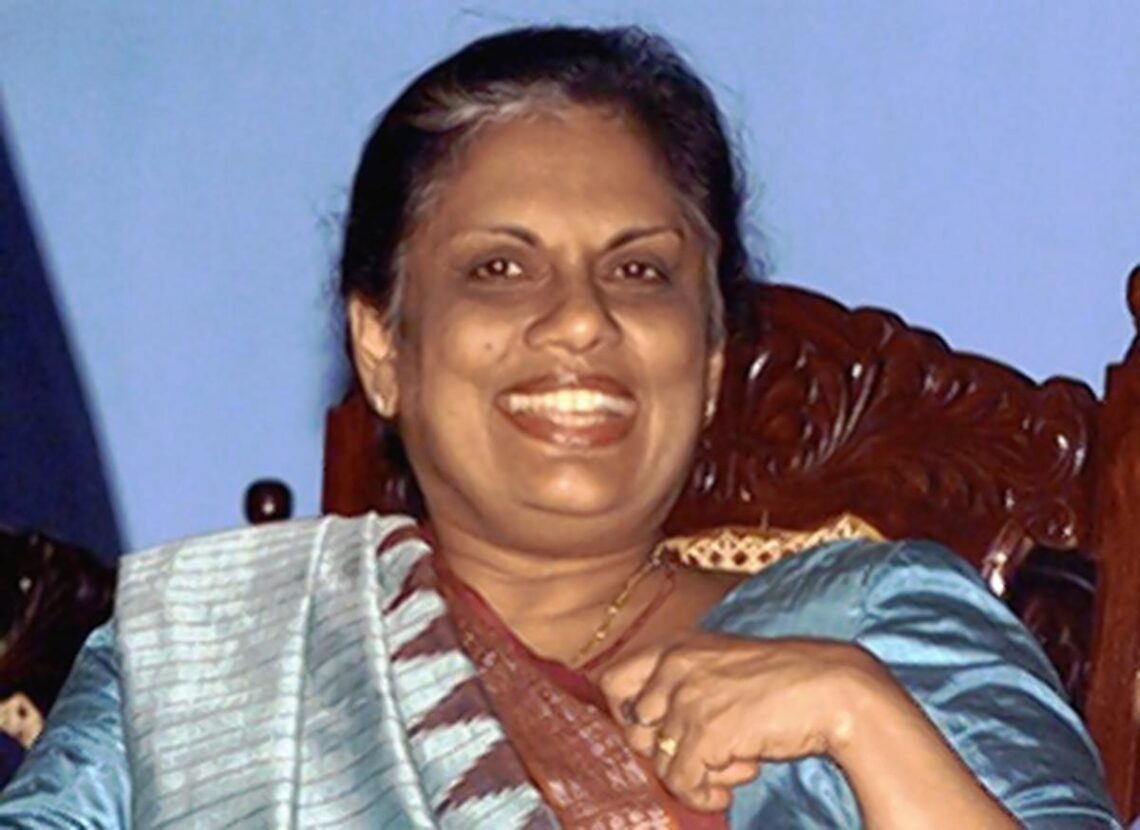 Three Tamil rebels imprisoned for trying to assassinate Sri Lanka’s first woman head of state were pardoned and released on Monday, according to the president’s office.

The trio were serving a 30-year sentence for organising a deadly suicide bombing in the lead-up to the 1999 presidential race, which was during the island’s decades-long ethnic war.

Former President Chandrika Kumaratunga survived the attack at her final rally in the capital, but lost her right eye.

Twenty six others, including journalists, were killed in the blast.

President Ranil Wickremesinghe’s office said Ms. Kumaratunga had agreed to pardon her would-be killers, who had been jailed for 22 years.

“They were released after obtaining her consent,” a statement from Mr. Wickremesinghe’s office said on Monday.

Mr. Wickremesinghe was Kumaratunga’s main challenger in the 1999 race, which she won after appearing on television with her eye in bandages.

Ms. Kumaratunga is also the daughter of the world’s first woman Prime Minister, Sirima Bandaranaike, who won elections in July 1960 nearly a year after her Prime Minister husband Solomon Bandaranaike’s assassination. He was shot dead by a Buddhist monk.

The President’s office said five other former Tamil Tigers would also soon be freed from long sentences under the Prevention of Terrorism Act (PTA).

The controversial legislation, which has been internationally criticised, allows suspects to be detained for long periods without judicial review and convictions based on forced confessions.

After the end of a civil war that claimed over 1,00,000 lives between 1972 and 2009, successive governments have continued to use the PTA to detain political opponents.

More than 75 Tamils arrested under the PTA are thought to still be in prison after serving decades without being formally charged.