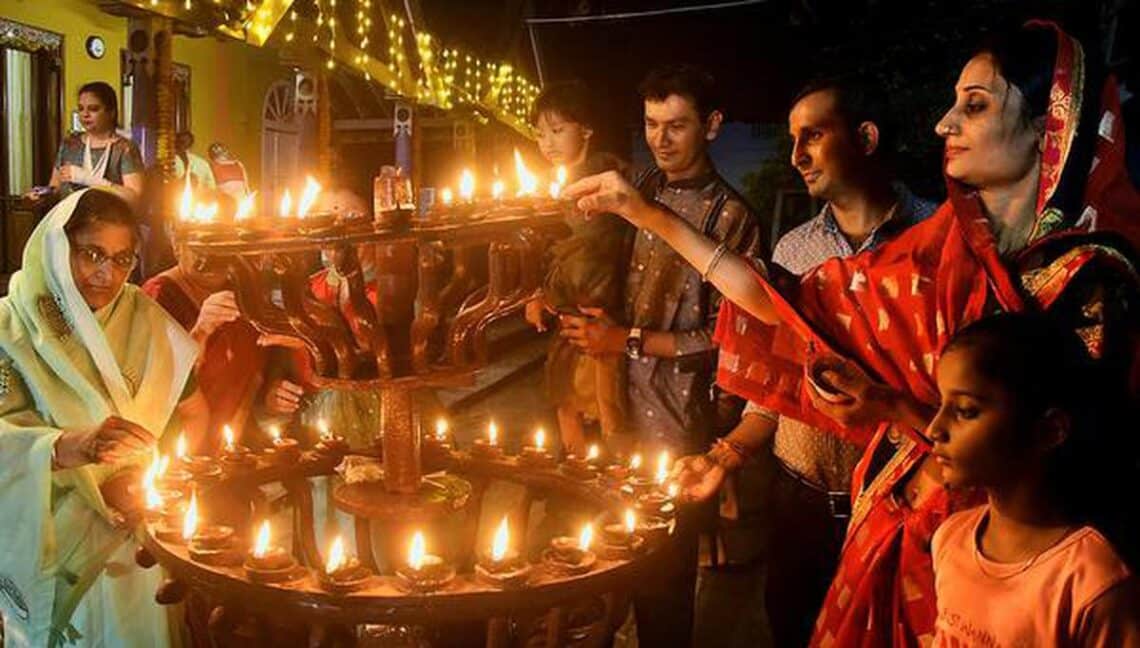 
1. Deepavali is being celebrated across Karnataka, the mid-day of the three-day festival today being the Lakshmi Puja day. After two years of COVID-19, this year’s festival is being celebrated with a renewed fervour, though, with new awareness on sound and air pollution, many are opting out of the tradition of bursting crackers.

2. KPCC president D.K. Shivakumar is holding a press conference today to give an overview of the Bharat Jodo Yatra, led by Rahul Gandhi, that traversed 500 kilometres in Karnataka before moving to Telangana. The Yatra evoked good response in Karnataka.

3. Bengaluru residents will be able to experience the solar eclipse for about 45 minutes on Tuesday. Only 10% of the eclipse will be visible between 5.12 pm to 5.49 pm. Bengaluru-based Indian Institute of Astrophysics (IIA) has come out with short YouTube reels explaining the solar eclipse in local languages, including Kannada, to dispel myths surrounding the phenomenon and inculcate scientific temper. In Mysuru too IIA and Jawaharlal Nehru Planetarium will facilitate solar eclipse viewing at Arivu School to promote scientific temper.

2. There is tension in parts of Shivamogga today following attack on an individual and its communal overtones.

1. Dairy farmers attached to Sahakara Bharathi, an NGO of cooperatives, will launch a post card campaign in Udupi on October 27 demanding a hike in milk procurement price by ₹5 a litre. They will hold a convention in Udupi on that day to launch the campaign seeking the intervention of Chief Minister Basavaraj Bommai.

2. Toll Virodhi Horata Samithi, Surathkal in Mangaluru, will launch an indefinite dharna from October 28 seeking removal of toll gate at Surathkal on the Mangaluru-Udupi National Highway 66. The samithi has been demanding winding up of the toll gate as there is another toll plaza at Hejmady on the same highway within a distance of about 12 km.