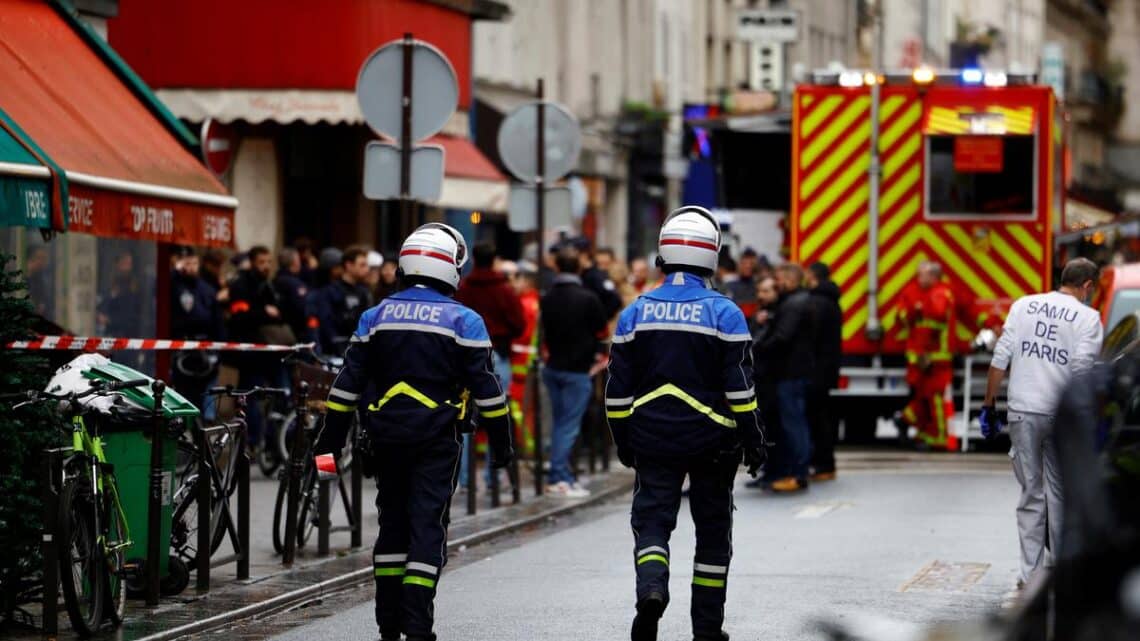 
French police and firefighters secure a street after gunshots were fired killing two people and injuring several in a central district of Paris, on December 23, 2022
| Photo Credit: Reuters

A 69-year-old gunman opened fire at a Kurdish cultural centre and a hairdressing salon in central Paris on Friday, killing three people and injuring three others, witnesses and prosecutors said.

The shots shortly before midday (1100 GMT) caused panic in rue d’Enghien in the trendy 10th district of the capital, a bustling area of shops and restaurants that is home to a large Kurdish population.

Witnesses told AFP that the gunman, described by police as white and known for two previous attempted murders, initially targeted the Kurdish cultural centre before entering a nearby hairdressing salon where he was arrested by police.

“We saw an old white man enter, then start shooting in the Kurdish cultural centre, then he went to the hairdresser’s next door,” Romain, who works in a nearby restaurant, told AFP by telephone.

He said he saw two people on the floor of the salon with leg wounds.

The Kurdish community centre, called Centre Ahmet Kaya, is used by a charity that works to integrate the Kurdish population in the Paris region.

The gunman was described by police sources as “Caucasian”, of French nationality, and known for two previous attempted murders in 2016 and 2021.

His motives remain unclear, but his identity and his target immediately raised suspicions that the shooting could have been racially motivated.

Interior Minister Gerald Darmanin has repeatedly warned about the danger of violent far-right groups in France.

Mathilde Panot, parliamentary head of the hard-left France Unbowed political party, immediately pointed the finger at the far-right, calling it a “racist attack.”

The shooter was injured and “has been taken to hospital,” the mayor of 10th district, Alexandra Cordebard, said at the scene where police have sealed off surrounding roads.

“There are three dead, one person in intensive care and two people with serious injuries, and the suspect, who was arrested, has also been injured, notably to the face,” Paris prosecutor Laure Beccuau told reporters.

Some members of the Kurdish centre could be seen weeping and hugging each other for comfort.

“It’s starting again. You aren’t protecting us. We’re being killed!” one of them cried to nearby police.

Often described as the world’s largest people without a state, the Kurds are a Muslim but non-Arab ethnic group spread across Syria, Iraq and Iran, which has faced persecution and violence.

A shopkeeper in the area told AFP on condition of anonymity that she heard seven or eight shots, saying “it was total panic. We locked ourselves inside.”

The Paris prosecutor’s office said an investigation had been opened and that “a man aged between 60 and 70 has been arrested and is in custody”.

“His identity is in the process of being checked,” it added.

News of the shooting set nerves jangling in a city that has been repeatedly targeted by Islamist terror groups since 2015.