Top 10 Richest People in the World

The list of the richest people in the world changes every year, depending on their most recent net worth and financial performance.

by TSA Desk
in Infotainment
Reading Time: 9 mins read
A A 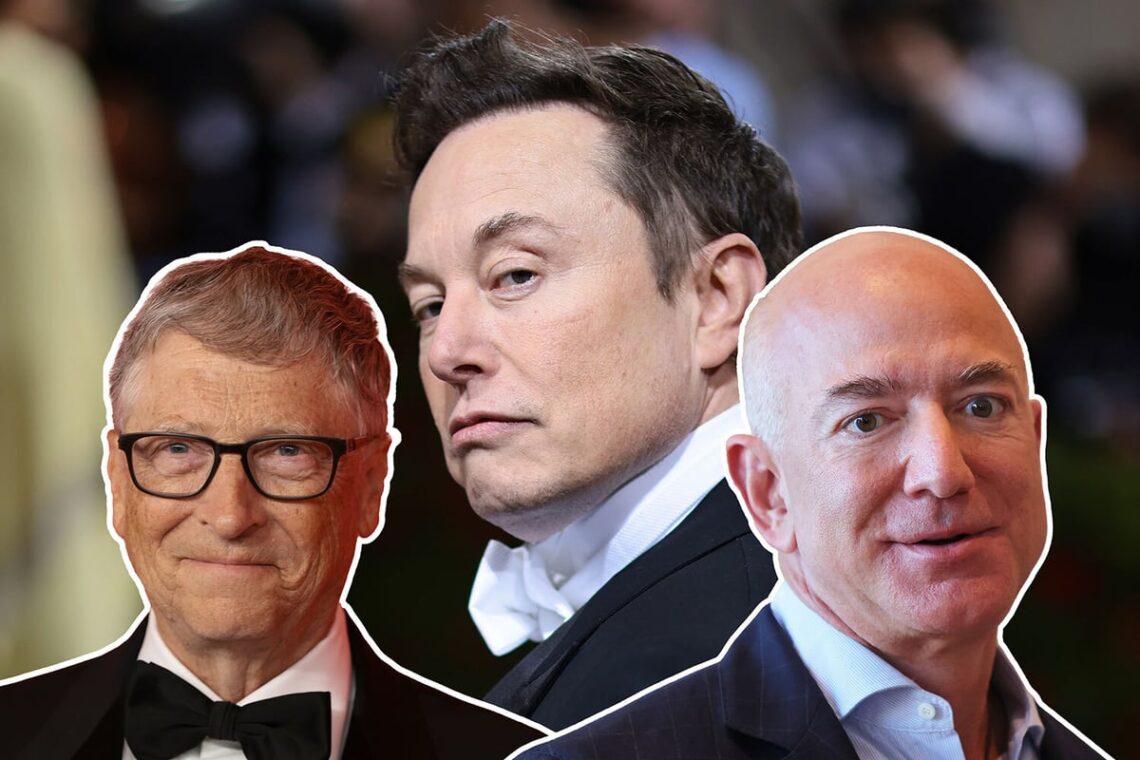 True, the rich are not like the rest of us. Not only do they have more money, but many of them come from diverse backgrounds, with burning passions and strange hobbies. Some have come from extremely low backgrounds, having emigrated from impoverished nations or having grown up in a tenement or orphanage.

Many of the people on this list used their intelligence and imagination to create massive technology empires, invent complex internet tools, turn little firms into global conglomerates, extend a single store into a global retail chain, or turn a small investment into a fortune. Others were given enormous unearned holdings in manufacturing, luxury products, shipping lines, tobacco, chocolates, and cheese production by their birth.

Forbes estimates that the combined fortune of all the billionaires in the world is USD$13.1 trillion. The staggering figure is the result of rising cryptocurrency and stock prices, as well as a slew of initial public offerings.

Who are these ultra-rich people, and what is the source of their wealth? Here’s a look at the Top 12 Richest People in the World and how they made their fortune.

Musk has been involved in a number of businesses throughout the years. Zip2, one of the first internet navigation systems, was founded by Musk. X.com, an online payment system that later became PayPal, was founded with a portion of the earnings from this venture. Despite the fact that both of these technologies were later sold to other firms, Musk remains the CEO and principal designer of his third project, Space Exploration Technologies (SpaceX), which intends to make space exploration more affordable.

Musk became a key financier of Tesla Motors (now Tesla) in 2004, which earned him the title of co-founder and his present role as CEO of the electric vehicle company. Musk launched 2 more companies in 2016, Neuralink and The Boring Company, with the former serving as his CEO.

Jeff Bezos, the founder and CEO of Amazon, has a net worth of $198.1 billion, making him the world’s second-richest person. Even after divorcing his wife MacKenzie in 2019 and surrendering a quarter of his Amazon ownership to her, his position remained unchanged.

With more individuals shopping online as a result of the coronavirus outbreak, the e-commerce giant has enjoyed the benefits. Though Amazon.com began as a book retailer, it has evolved into a one-stop-shop for everything under the sun and is now perhaps the world’s largest retailer. Bezos’ other projects include Blue Origin, an aerospace firm; The Washington Post, which he bought in 2013; and the Long Now, a 10,000-year clock.

Bernard Arnault, a French national, is the chair and CEO of LVMH and the world’s 3rd richest person. His empire of more than 70 brands, including Louis Vuitton, Hennessey, Marc Jacobs, Sephora, and others, has earned him a net worth of $184.1 billion. However, his large stake in Christian Dior SE, the holding firm that owns 41.25 per cent of LVMH, accounts for the majority of his riches.

Arnault, a trained engineer, showed his commercial acumen while working for his father’s construction firm, Ferret-Savinel, which he would take over in 1971. In 1979, he changed Ferret-Savinel to Férinel Inc., a real estate company.

Bill Gates, who established the software behemoth Microsoft, eventually sold most of his shares in the company, keeping only 1% and investing the rest in stocks and other assets. Microsoft develops its own line of personal computers, publishes books through Microsoft Press, provides email services through its Exchange server, and sells video gaming consoles and associated peripheral devices in addition to being the world’s largest software corporation.

Ellison co-founded Software Development Laboratories (SDL), which two years later published Oracle, the first commercial relational database application to use Structured Query Language. SDL changed its name to Oracle Systems Corporation in 1982 after the database programme became so popular. In December 2018, Ellison became a member of Tesla’s board of directors.

Oracle is the world’s second-largest software corporation, offering a wide range of cloud computing services as well as other technologies including Java and Linux, as well as the Oracle Exadata computing platform. Over the last decade, Ellison has spent millions on luxury real estate, mostly in California. Over the years, he has donated millions of dollars to charitable causes, particularly medical research.

The co-founder, CEO, and chairman of Facebook, the social media platform that has grown to become a go-to communication platform with over 2.8 billion monthly active users as of Q1 2021. Facebook is the world’s most popular social media platform, allowing users to establish personal profiles, interact with friends and family, join or create groups, and much more. Because the website is free to use, advertising accounts for the majority of the company’s revenue.

Facebook also owns the photo-sharing app Instagram, which it bought in 2012; WhatsApp, a cross-platform mobile messaging service; and Oculus, a virtual-reality headset maker, which it bought in 2014; Workplace, an enterprise-connectivity platform; Portal, a line of video-calling devices; and Novi, a digital wallet for the Diem payment system.

Larry Page is a business magnate, computer scientist, and Internet entrepreneur from the United States. He is well renowned for being one of Google’s co-founders. Google is one of the world’s most popular Internet search engines, accounting for more than 70% of all global online search requests. Google (the firm) grew in 2006 by acquiring YouTube, the most popular platform for user-submitted videos.

Then, in 2008, the first mobile phone using the Android operating system was released, which was developed by Android Inc. prior to Google’s acquisition of the firm in 2005. Google is now a division of Alphabet, the holding firm for which Page was CEO from 2015 to 2019. Page is also a founding investor of Planetary Resources, a space exploration and asteroid-mining company.

Sergey Brin’s involvement with Google is similar to that of Larry Page. Brin served as co-president with Page when the two formed the company in 1998 until Eric Schmidt took over as CEO in 2001. Similarly, after creating Alphabet in 2015, Brin served as the company’s president before stepping down in 2019 and being succeeded by Sundar Pichai as CEO.

Warren Buffet, often known as the Oracle of Omaha, is widely regarded as one of the world’s most successful investors. Buffett earned the majority of his wealth by investing in firms with straightforward business processes. Buffett has dedicated most of his riches to charity initiatives in addition to investment.

In 1962, he began investing in Berkshire Hathaway, a textile company, and by 1965, he had become the dominant stakeholder. In 1967, he expanded the company to include insurance and other ventures. Berkshire Hathaway is now worth a half-trillion dollars. Buffett has also bought a long list of businesses outright throughout the years, including Dairy Queen, Duracell, GEICO, and Kraft Heinz.

Mukesh Ambani of Reliance Industries, India’s wealthiest individual, is ranked tenth among the world’s richest people. Mukesh Ambani is a billionaire with a net worth of $102 billion. Much of Mukesh’s wealth comes from his father Dhirubhai Ambani’s petrochemicals and oil and gas enterprises, but Mukesh is shifting his focus to more consumer-facing businesses like telecom and retail.

Under Mukesh’s leadership, Reliance Industries has built several highly successful companies, notably Reliance Retail and the telecommunications company Jio. He is also a member of the World Economic Forum’s Foundation Board, an elected Foreign Member of the United States National Academy of Engineering, a member of Bank of America’s Global Advisory Council, and a member of The Brookings Institution’s International Advisory Council.

Steve Ballmer is a businessman and investor from the United States who served as the CEO of Microsoft from 2000 until 2014. Ballmer was in charge of Microsoft following the first dot-com disaster, as well as efforts to catch up to Google in search and Apple in mobile phones. He is the current owner of the National Basketball Association’s Los Angeles Clippers.

Ballmer did take Microsoft into the new ground by establishing the Xbox business and popularising Skype. He bought the NBA’s Los Angeles Clippers for $2 billion the same year he left Microsoft. Since 2014, he has increased his charity, donating nearly $2 billion to a donor-advised fund focused on helping Americans out of poverty. He put $59 million into Social Solutions, a company that produces software for organisations and government agencies, in 2018.

Françoise Bettencourt Meyers is the world’s richest woman and a French billionaire heiress. She has been a member of the L’Oreal board of directors since 1997 and is also the chairwoman of the family holding business. When her mother Liliane Bettencourt, the world’s richest woman at the time, died in 2017 at the age of 94, she became France’s reigning L’Oreal heiress. She is also the president of her family’s philanthropic foundation, which promotes scientific and artistic growth in France.

Bettencourt Meyers is best recognised for her spiritual aspect, with works on Greek mythology and Jewish-Christian ties. She’s also written on Judaism and Catholicism, Israel’s Tribes, and Adam and Eve’s family tree. Bettencourt Meyers maintains a busy academic career in addition to being the heiress of the world’s largest cosmetic firm. 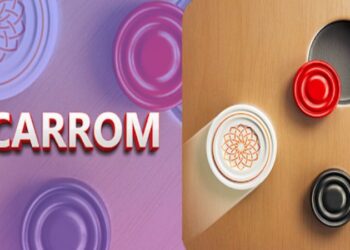 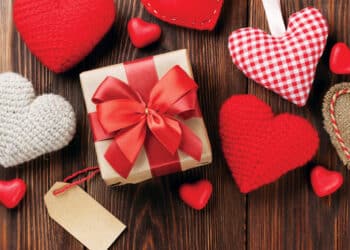 Ideal Gifts for Your Partner in 2023: Anniversaries, Birthdays and Special Occasions Covered

Did you screw up in 2022? Have you been in the doghouse due to some careless comment or perhaps because...

Where is the PM CARES FUND’s Rs.100 crore promised to vaccine developers?