Trump to make ‘big announcement’ on November 15 in Florida 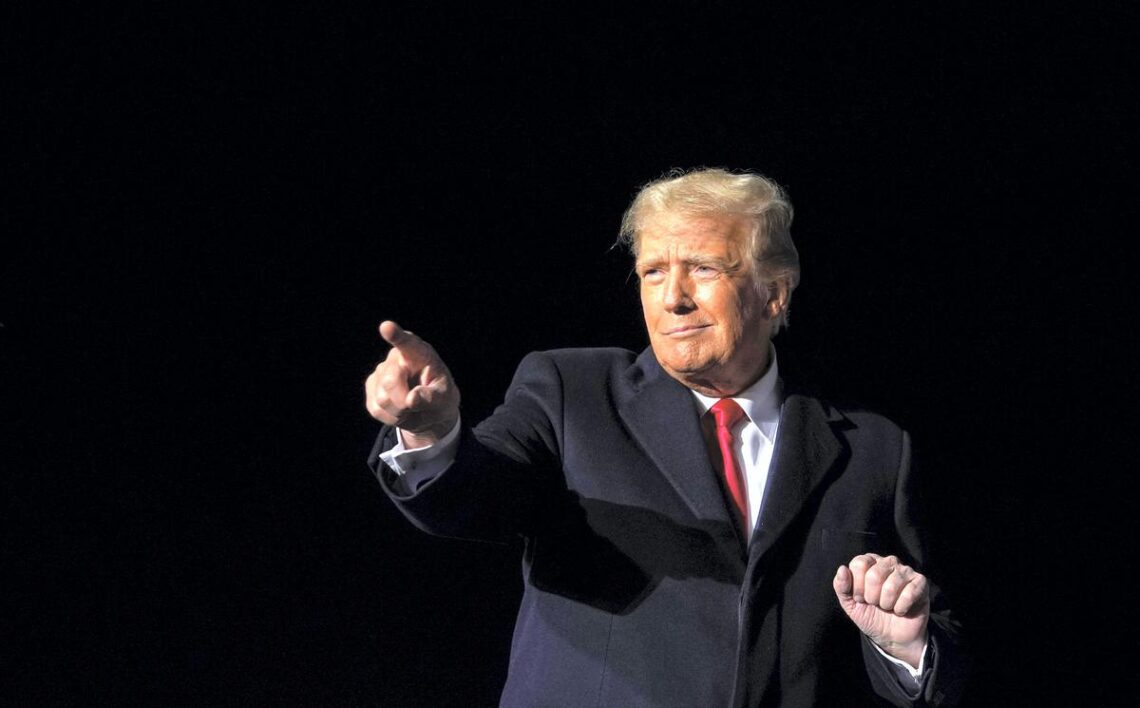 On the eve of the U.S. midterm elections, former President Donald Trump said he would make a “big announcement” next week. This comes after he recently said that he would “very, very, very probably” run for President again

On the eve of the U.S. midterm elections, former President Donald Trump said he would make a “big announcement” next week. This comes after he recently said that he would “very, very, very probably” run for President again

Former U. S. President Donald Trump said Monday he will be making a “big announcement” next week as he teased a third presidential run while campaigning on the eve of the final day of voting in this year’s midterm elections.

“I’m going to be making a very big announcement on Tuesday, November 15 at Mar-a-Lago,” Mr. Trump said before a cheering crowd in Vandalia, Ohio, Monday night, where he was holding his final rally of the midterm season to bolster Senate candidate J. D. Vance.

Mr. Trump explained that he wanted “nothing to detract from the importance of tomorrow,” even after he had sparked a frantic effort to hold him off after he had told people he was considering officially launching his next campaign Monday night at the rally.

Mr. Trump has been increasingly explicit about his plans to seek another term, saying in recent days that he would “very, very, very probably” run again and would be formalizing his intentions “very, very soon.”

“I will probably have to do it again but stay tuned,” he said Sunday night in Miami. “Stay tuned to tomorrow night in the great state of Ohio.”

Urged to hold announcement until after the midterms

Republican officials and some people in Mr. Trump’s orbit had been urging him for months to wait until after the midterms were over to launch, in part to avoid turning the election into a referendum on him and to shield him from potential blame should Republicans not do as well as the party hopes on Tuesday.

But Mr. Trump has been eager to move forward, hoping to piggyback off expected Republican wins after endorsing nearly 300 candidates, as well as to stave off potential challengers like Florida Governor Ron DeSantis and others who have indicated they will run. Indeed, the date of Mr. Trump’s announcement — November 15 — is the same day former Vice President Mike Pence will be releasing a book that is seen as part of his own potential campaign rollout.

Mr. Trump’s announcement comes as he confronts a series of escalating legal challenges, including several investigations that could lead to indictments. They include the probe into hundreds of documents with classified markings that were seized by the FBI from his Mar-a-Lago club in Florida, as well as ongoing state and federal inquiries into his efforts to overturn the results of the 2020 presidential election.

The House committee investigating the January 6, 2021, attack on the U. S. Capitol has also subpoenaed Mr. Trump and last month issued a letter to his lawyers saying he must testify, either at the Capitol or by videoconference, “beginning on or about” November 14 and continuing for multiple days if necessary.

Mr. Trump won Ohio, once considered a bellwether, by 8 points in both 2016 and 2020. The state also proved an early test of his endorsement power when his decision to back Mr. Vance in the state’s hyper-competitive Senate primary vaulted the political newcomer to victory in a crowded Republican field.

Mr. Vance, an author, venture capitalist and onetime Trump critic, is part of a new generation of Republican leaders who have embraced Trump’s “American First” positions, including his isolationist foreign policy and focus on immigration.