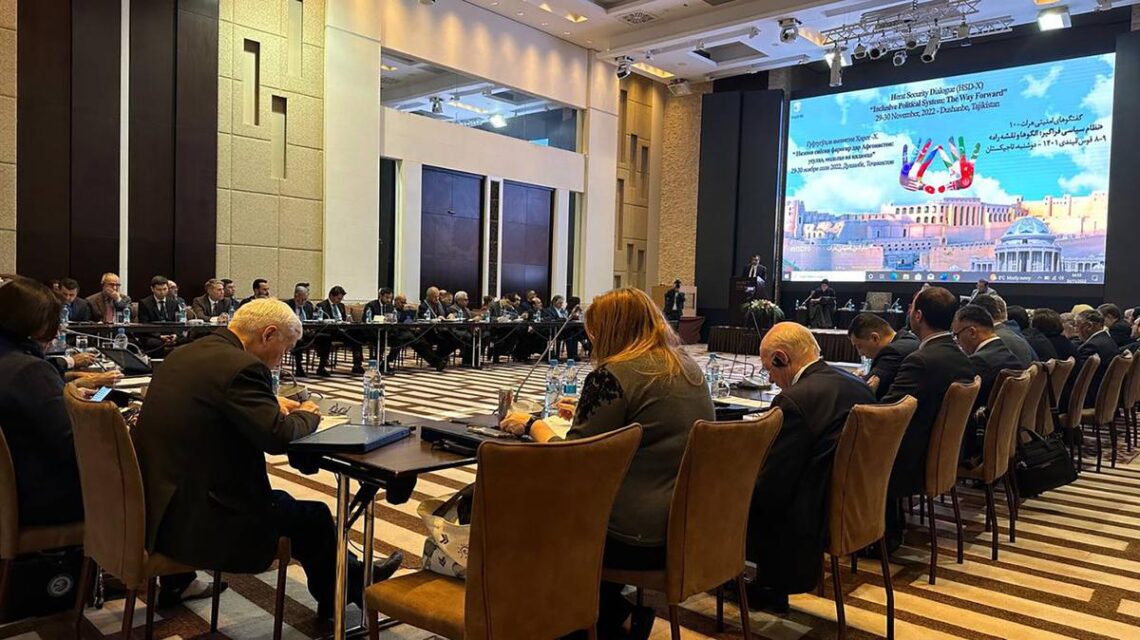 Days after U.S. and EU representatives met with former Afghan leaders at an anti-Taliban conference in Dushanbe, two senior Western diplomats will travel to Delhi this week to meet and brief Indian officials on the latest steps in Afghanistan. On Monday, U.S. Special Representative for Afghanistan, Thomas West, is expected to meet with senior officials in the Ministry of External Affairs, including the point person for Afghanistan and Pakistan, J.P. Singh, and Deputy National Security Advisor, Vikram Misri, during a stopover in Delhi. Mr. West, who met with counterparts in Tokyo on Friday, will head to Abu Dhabi after his meetings in India, where he will meet officials and Afghans in exile. On Thursday, the U.K. Prime Minister’s Special Representative for Afghanistan and Pakistan, Nigel Casey, will meet with the officials as well.

“Special Representative West will consult with partners and Afghans regarding the humanitarian and economic crises in Afghanistan, protection of Afghans’ rights, and shared security concerns,” the U.S. State Department said announcing the visit last week, and added that Mr. West will engage with the “Afghan diaspora, including human rights, business, political, and media leaders on how to address these challenges”.

A large number of former Afghan officials, including former President Ashraf Ghani, live in Abu Dhabi at present, after he fled last August. Last week, more than 100 former officials and Afghan leaders, many of whom had fled Afghanistan after the Taliban takeover of Kabul in August 2021, met for the first time at the ‘Herat Security Dialogue’ in Tajikistan, along with the European Union’s Special Representative, Tomas Niklasson, and the U.S. Charge d’Affaires for the Embassy to Afghanistan that has relocated to Doha, Karen Decker.

Meanwhile, in an unprecedented move, the Taliban regime finally allowed former President Hamid Karzai, one of the few Afghan leaders who decided to stay on in Kabul after the Ghani government fell, to leave the country for the first time. Mr. Karzai, who had earlier planned to visit India in June, and was also invited to other countries, had been stopped from leaving by the Taliban regime. On Saturday, his former Finance Minister, Omar Zakhiwal, announced that they had both left Kabul, posting a picture on social media, and added that they would both return to Afghanistan “soon”.

Mr. Karzai is expected to go to Germany via the U.A.E., and also visit other European countries on his first trip out, where he will undergo health check-ups, meet his son who is at school in Germany, and meet with both Western officials and Afghan diaspora members there.

“After months of being under de facto house arrest, it is significant that [former] President Karzai will be travelling to Europe,” Afghanistan’s former Foreign Minister Rangin Dafdar Spanta told The Hindu. “The visit of an integrative figure like the former President…will give hope for the people of Afghanistan at this time,” he added.

The visits of envoys to Delhi and Mr. Karzai’s visit abroad comes at a time the U.S. and EU are believed to be stepping up efforts to push the Taliban’s “interim government” towards talks for a more inclusive government in Kabul. However, the Taliban has thus far not shown any inclination to keep promises made in the Doha Agreement, and to Western officials, that it will accept sharing power with other leaders, allow secondary education for girls, or lift new decrees restricting women’s employment and movement in the country. Of particular concern has been a severe “downslide” in the human rights situation in Afghanistan, including the public flogging of 14 men and women by the Taliban in Logar province, reminiscent of Taliban atrocities during its previous rule from 1996-2001.