Vijay Raaz’s Characters In Films Are Frequently Encountered In Unusual Circumstances: Do You Have A Similar Opinion?

Here's a rundown of all those hilarious Vijay Raaz on-screen incidents, from accidentally eating a crow to preaching about National Geographic while fighting gangs. 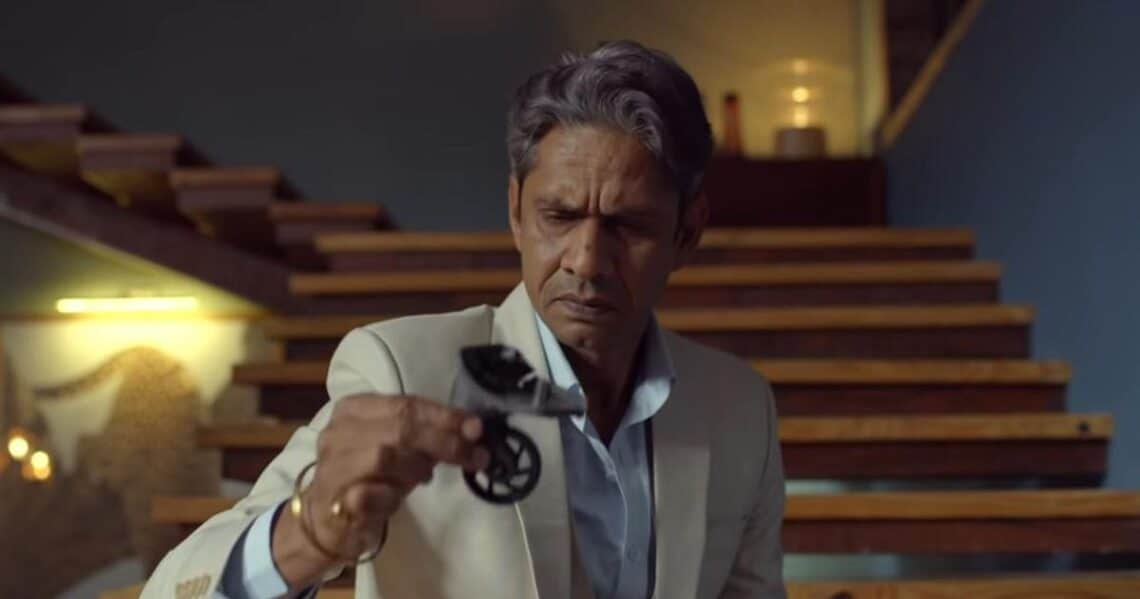 It’s impossible to put into words Vijay Raaz’s role and progress in Bollywood, or even to categorize him in a sentence full of adjectives. He was the humorous addition that several films loved to have when I was a kid.

Raaz had always been able to hold his own in those flicks, regardless of how they turned out. Even if it was only for a few minutes, his genuine and vain-free slapstick managed to briefly smooth out the narrative seams.

From a philosophizing and easy-going air traffic controller to a formidable but cartoonish criminal, Raaz has a wide range of characters. And each of his characters had a problem, whether it was with the bowels or with love.

Raaz meticulously places a scarlet cloth on his table in his opening scene to give the diamonds he is about to extract from a container an honorable foundation. Instead, a wreath of crap is adorning his blood-red clothing.

It’s difficult to believe that a man’s bowels are the source of a local gangster’s problems. It’s even harder to believe that the ensuing ‘shitshow’ in one of India’s most delightfully irreverent flicks will be sparked by that.

2. No Problem – The suicidal cynic

Raaz’s character in the film offers an intriguing viewpoint on the trolley issue. Rather than saving anyone who is going to be run over by a train, it is preferable to join them and die — why not? Raaz is a helpless victim of his own unwillingness to kill himself while alleging that his family was slain in Afghanistan, Iraq, and the Gaza Strip on numerous occasions.

He’s known as a “maut ka farishta” because every time he tries to commit himself, he injures someone else. His pessimism isn’t just hilariously sarcastic; it’s downright messed up, especially when you learn he’s a hack.

Dhamaal was one of my first trips to the theatre as a kid to see a Bollywood film. And I vividly recall two sequences from it: one in which the four characters are tethered to a tree, and another in which an airplane nearly passes over Vijay Raaz’s crotch. I’d believe it if someone told me Raaz’s character, an air traffic controller was supposed to be as tall as a kite.

His calm demeanor and mellowly slow voice are only a few signs of this. On top of that, he is unable to demonstrate how to land a plane to the father-son combination who is piloting it without training. This insane sequence is without a doubt what makes Dhamaal so memorable.

Raaz, his thugs, Naseer, and Warsi’s standoff scenario reminded me of a much longer and funnier version of the Reservoir Dogs standoff. Their gun-swishing standoff, which lasts all night until someone needs to go to the bathroom, is hilariously comical and amusing.

Raaz’s desperate attempt to imitate a nobleman to seduce Madhuri Dixit’s Begum adds to the mix. He’s always abrasive and caustic, making for a humorous contrast to the Shayari-spouting Nawabs.

Until this film, I had never seen a Raaz character as eccentric as this one. He loses gems in Delhi Belly and a luggage full of crores of rupees here. His DB intro was fantastic, but this one wins by a hair. Raaz, a Don, uses a National Geographic movie of a crocodile calmly attacking a deer to convey the nature of his risky profession to his soldiers.

He also calls his adversary a ‘lumbricus Terrestris.’ It’s not every day that you stumble across a pistol-wielding mobster with the scholarly brains of a naturalist; his quirky knowledge here is unconventional but hilarious.

Welcome may be one of the few Bollywood hits in which Raaz’s sequences aren’t as well-remembered as the film itself. After all, it had Anil Kapoor, Nana Patekar, and Akshay Kumar, all of whom contributed to the comedy.

At this moment, Raaz is directing a film starring Uday Shetty, who plays Patekar. Shetty loses his calm after failing to teach him how to ride a horse properly, only to get thrashed by Kapoor’s Majnu Bhai. It’s a weird, short-lived affair.

This picture may not be as well-known, but Raaz, as the story’s laughingstock, deserves to be remembered. After following his friend to Delhi, Ganesh (Raaz) finds himself impoverished after being deceived several times.

This is a programmed Ayushmann starrer with a slight bit of humor thrown in for good measure. Raaz as the bad cop who prioritized poetry over police work was the sole energizing presence in the picture for me. In addition, dialing a call center designed to satisfy a man’s horniness was far more crucial to him.

His unsatisfied-loner-policeman performance is a strange but amusing caricature — he’s the only character in the movie who can make you shudder with laughter.