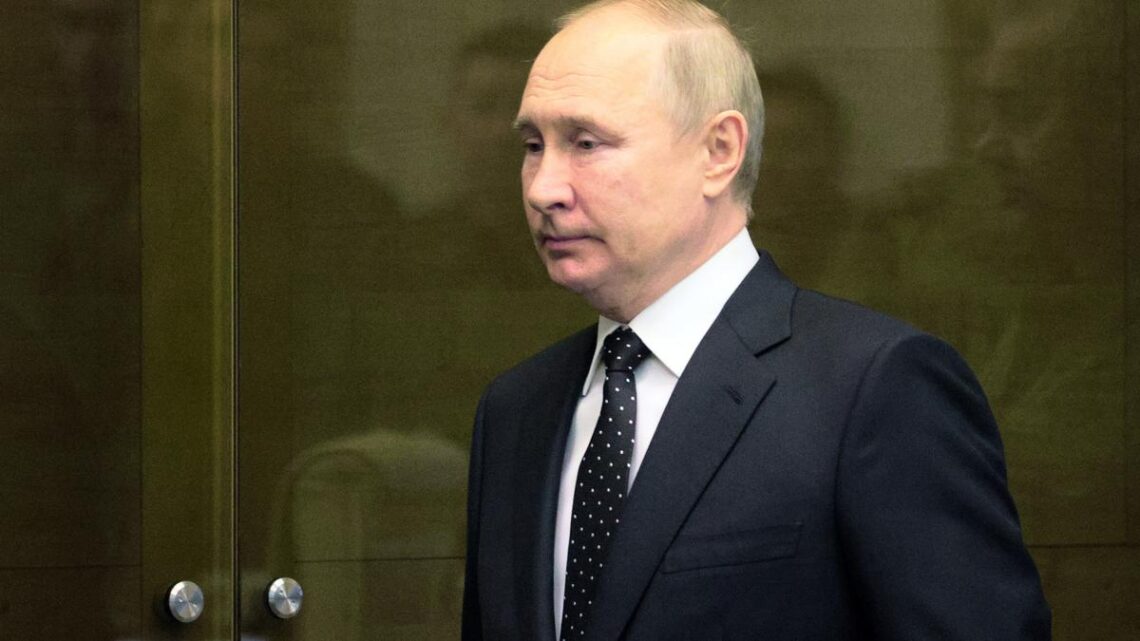 Kremlin leader Vladimir Putin flies to Belarus on Monday amid fear in Kyiv that he intends to pressure the former Soviet ally to join a new ground offensive against Ukraine and reopen a new front.

Mr. Putin, whose invading troops have been buffeted and forced into retreats in Ukraine’s north, northeast and south, is taking a more public role in the war and visited his operation’s HQ to sound out military commanders on Friday about their next steps.

Mr. Putin’s visit for talks with Belarusian leader Alexander Lukashenko will be his first to Minsk since 2019 – before the pandemic and a wave of Belarusian protests in 2020 that Lukashenko crushed with strong support from the Kremlin.

“During (these talks) questions will be worked out for further aggression against Ukraine and the broader involvement of the Belarusian armed forces in the operation against Ukraine, in particular, in our opinion, also on the ground,” Ukrainian joint forces commander Serhiy Nayev said.

Ukraine’s top General Valery Zaluzhniy told The Economist last week that Russia was preparing 200,000 fresh troops for a major offensive that could come from the east, south or even from Belarus as early as January, but more likely in spring.

There has been constant Russian and Belarusian military activity for months in Belarus, a close Kremlin ally that Moscow’s troops used as a launch pad for their abortive attack on Kyiv in February.

Moscow and Minsk have since set up a joint regional unit of forces in Belarus and held numerous military exercises. Three Russian warplanes and an airborne early warning and control aircraft were deployed to Belarus last week.

Foreign diplomats say Mr. Lukashenko, a pariah in the West who relies heavily on Russian support, understands it would be a deeply unpopular step at home for him to commit troops to Ukraine. But he has already supported Russia’s war extensively.

Some military analysts see the manoeuvring as a ploy to make Ukraine commit forces to its north so it is more exposed to Russian assaults elsewhere. But there has been a flurry of political activity, too.

Mr. Putin’s visit was announced on Friday after a surprise Dec. 3 trip to Belarus by Russian Defence Minister Sergei Shoigu, who signed an agreement with the Belarusian defence minister, the details of which have not been disclosed.

Adding to the ominous mood music, Belarusian Foreign Minister Vladimir Makei, one of the few officials in Lukashenko’s government with any rapport with the West, died suddenly late last month. No official cause of death was announced.

Mr. Lukashenko said he and Mr. Putin will hold talks on a long-running effort to integrate their countries into a supranational union State. The talks have gone on for years and are seen by the Belarus opposition as a Trojan horse for a stealth annexation of their country by Russia.

At a government meeting after the talks with Mr. Putin were announced, Mr. Lukashenko unexpectedly said that any talk of Belarus losing sovereignty would amount to a betrayal of the interests of the Belarusian people.

“Particularly after these large-scale negotiations, everyone will say: ‘That’s it, there are no longer any authorities in Belarus, the Russians are already walking around and running the country’,” Mr. Lukashenko said.

“I want to again underline this in particular: No one other than us runs Belarus,” he said, adding he would discuss economic cooperation, energy supplies, defence and security.

Ahead of the talks, Kremlin spokesman Dmitry Peskov told journalists the two leaders would discuss integration, bilateral issues and regional and international problems.

Outdoor Adventures by Night: How to Make Them Worth Your Efforts?