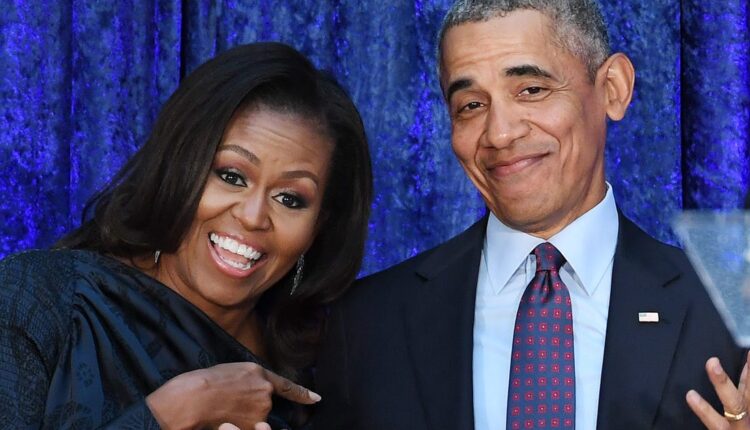 Former US President Barack Obama and first lady Michelle Obama have become the most admired man and woman according to the 2020 YouGov poll.

The much-adored couple, former US President Barack Obama and first lady Michelle Obama have been the most admired man and woman according to the 2020 YouGov poll. Obamas are very famous across the world, and America takes immense pride, having a president like him.

According to the London-based data collection site which has been running the coveted census yearly since 2014 other notable leaders and public figures in the list includes; Bill Gates, Elon Musk, Angelina Jolie, Oprah Winfrey, Beyoncé, and President Donald Trump.
The census was done by over 45,000 people in 42 countries and territories.

The respondents were asked to question whether they admire the figure at all and whether they are the figure they admire the most. The list for men contains people from political, business, and sporting backgrounds while celebrities dominate the list for women.
Barack Obama is one of the most popular President of America, and so is the former first lady Michelle Obama. She is not only known for being the wife of the President but also for her individuality as a lawyer, author, and social worker. The couple, despite serving two terms, is still the loving parents and devoted spouses.

They both have experienced the pinnacle of power, fame gradually the pain that comes along. The journey of their companionship started from tragic loss to continuing making the right choices is the sheer representation of grace, dignity, and respect for each other. Both are the epitome of humbleness and humanity. Despite significant political differences, Obama extended support to Trump over his infection from COVID-19.

The much in love couple also celebrated their 28th wedding anniversary and shared heartwarming messages for each other. They also requested Americans to vote and help others to vote. To be noted, America will have the presidential election on November 3.

In December 2018 the Obamas bagged Gallup’s respective annual polls ranking the most admired men and women alive. Recently the former President also announced the publication date of the first half of his memoirs. The 768 page memoir will be issued in 25 languages. The 44th president of the US has also written three books previously, including Dream From My Father, The Audacity Of Hope, and Children’s Book of Thee I Sing.

The former lady had already released her book “Becoming” which was the highest-selling at that moment. Within five months of publication, the book had sold more than 10 million copies.

Money Heist: Netflix India makes a cross over with regard to the Professor’s personality!

In a gesture to promote Hindu-Muslim brotherhood, Rohit Srivastava donates Rs 21000 for the construction of Ayodhya Mosque