Walking their way to political power 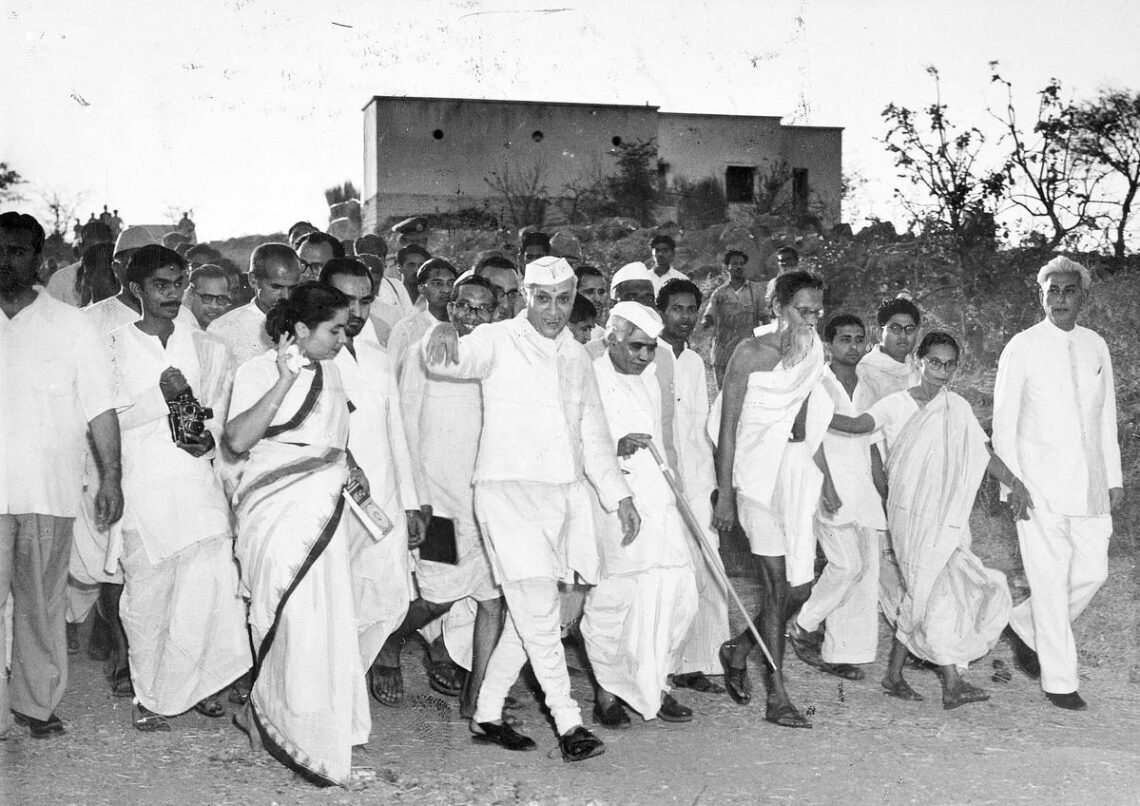 On April 18, 1951, Vinoba Bhave performed a miracle while walking back from Shivarampally near Hyderabad to his ashram in Pavner, Maharashtra. Bhave who espoused Gandhian ideals and led a spartan life, wanted to tour the areas affected by Communist insurgency and halted at Pochampally village in Nalgonda district. Nalgonda and Warangal were two of the districts where armed insurgency against large landholders was an ongoing threat to the newly-freed nation. Within hours of Bhave moving about in the village, a landlord named Ram Chandra Reddy said he would donate 100 acres to landless farmers. This non-violent distribution of land inspired by Vinoba Bhave triggered the Bhoodan Movement that provided an alternative model to forceful redistribution of land.

Hyderabad and Telangana are no strangers to political movements where social and political change are inspired by leaders walking or travelling on vehicles through the land. As Rahul Gandhi’s Bharat Jodo Yatra enters the State in a few days, its inspiration from earlier avatars of political marches is hard to miss.

While Bhave’s march was for social awareness and transformation, former cinestar Nandamuri Taraka Rama Rao deployed it as a political tool. In 1982, Mr. Rama Rao rode atop a green Chevrolet van ABR 7776 with the moniker ‘Chaitanya Ratham’ (vehicle of awakening) and covered over 75,000 kilometres in Andhra Pradesh. Within a year, he took charge of the State as the first non-Congress Chief Minister winning 202 out of the 294 Assembly seats.

A decade later, Bharatiya Janata Party leader L.K. Advani used a converted Toyota truck as a vehicle for his Rath Yatra from Somnath to Ayodhya. It was scheduled to reach Hyderabad on October 30, 1990. Advani’s yatra did not reach Hyderabad as the BJP leader was stopped in Samastipur, Bihar, by Lalu Prasad Yadav. But its ripples were felt in the city. It triggered months of blood-letting with people pulled out of trains and a series of stabbing incidents leading to spells of curfew in most parts of Hyderabad.

One of the seminal events in the landscape of Telugu-speaking States was the epoch 1470-kilometre march by Y.S. Rajasekhara Reddy from drought-prone Chevella in Rangareddy district to storm-prone Ichchapuram in Srikakulam district. Beginning in April 2003, it catapulted the Congress Legislative Party leader from Cuddapah to the centre stage of Andhra Pradesh politics. A decade later in 2012, Telugu Desam Party leader N. Chandrababu Naidu walked nearly 2,800 kilometres in Andhra Pradesh and grabbed power in 2014.

In the 10 districts of erstwhile Andhra Pradesh, it was a padayatra for a different purpose. The Telangana Rashtra Samiti conducted Telangana Sadhana Padayatras in November 2011. Within three years the new state of Telangana was born.

Y.S. Jagan Mohan Reddy adopted a similar march of 3,648 kilometres in 2019 to unseat N. Chandrababu Naidu in Andhra Pradesh. BJP leader in Telangana Bandi Sanjay Kumar conducted a Praja Sangrama Yatra which began in August 2021 and has completed four stages of the march.