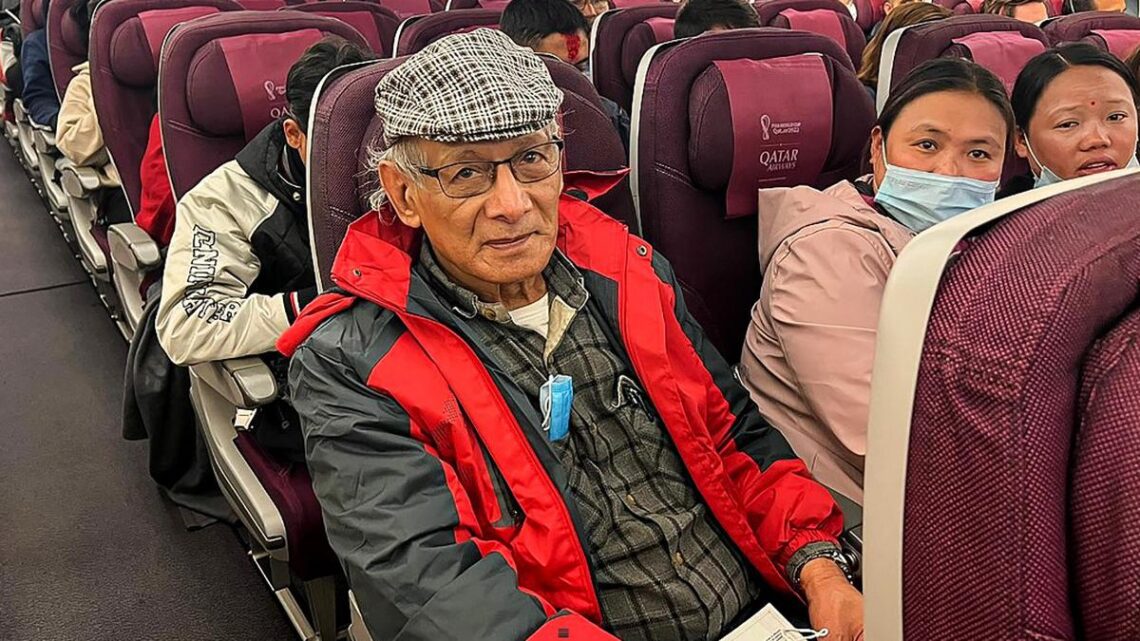 Here is an image of 78-year-old Charles Sobhraj, flying back to France from Nepal, a free man. Charles Sobhraj is a convicted killer who police believe murdered more than 20 western backpackers on the “hippie trail” through Asia in the 1970s and 1980s

Nicknamed “the Bikini Killer” and “the Serpent”, Sobhraj is a Frenchman of Indian and Vietnamese parentage. He was serving a life-term in a Kathmandu jail since 2003. He was slapped with a life sentence, for the murder of American woman Connie Jo Bronzich in 1975 in Nepal, after a trial. A life-term in Nepal means 20 years in jail.

Sobhraj was spotted in a Kathmandu casino in August 2003 and arrested. He had also been linked to multiple killings of backpackers. In 2014, he was convicted of killing Laurent Carriere, a Canadian backpacker, and given a second life sentence.

The court, however, ordered Sobhraj to be released on health grounds after serving more than three-quarters of his sentence. He was deported to France on December 23, 2022. Sobhraj first flew to Doha and then to Paris on Qatar Airways flight QR647. He will be barred from entering Nepal for the next ten years.

In 2021, the BBC and Netflix had also produced a drama series called ‘The Serpent’, based on the story of Sobhraj’s alleged killings.