With no consensus yet, COP27 extended by a day 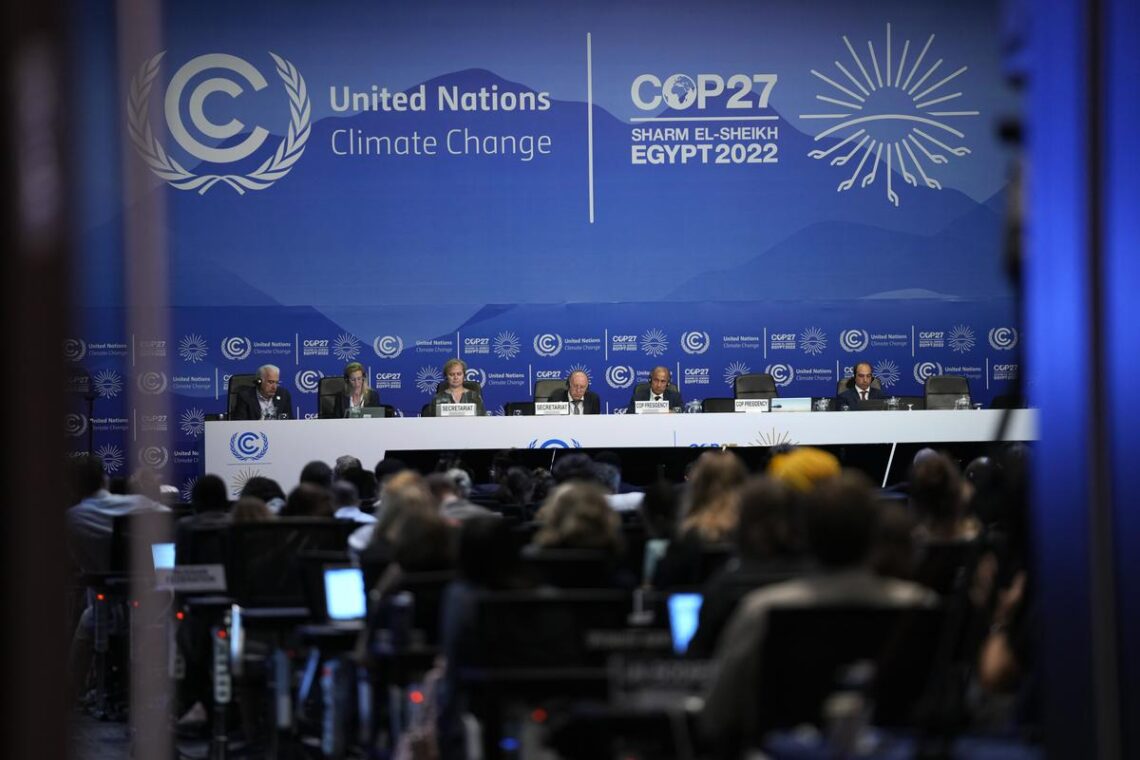 With countries unable to arrive at a consensus, the 27 th edition of the United Nations Conference of Parties (COP) in Sharm el-Sheikh, which was scheduled to end on Friday, has been extended by a day.

“The COP was supposed to wrap up its work today but has been extended by a day to attempt to take the ongoing negotiations to a logical end. Consensus is key on several issues and the extension is an attempt towards achieving it,” Union Environment Minister Bhupender Yadav said in a blog late Friday. It isn’t unusual for COP meetings to be extended by a day or more.

As of Friday evening India time, three and a half hours ahead of Sharm el-Sheikh, Egypt, members were still deliberating on a draft agreement that was uploaded to the official COP27 website on Friday afternoon (IST).

The 10-page document reaffirmed a commitment to the Paris Agreement of 2015, to ensure that the rise in temperatures does not exceed 2 degree Celsius, and as far as possible, stayed within a 1.5 degree Celsius increase. Achieving this, the document said, required “immediate, deep and sustained reductions in global greenhouse gas emissions” as well as “accelerated financial support for developing countries from developed countries.”

Also Read | COP27 | No climate crisis would exist if world’s per capita emissions were at India’s level: Bhupender Yadav

The draft text calls on countries to accelerate clean energy transitions, phase down “unabated” coal use, and phase out “inefficient fuel subsidies.” In 2021, India fought to ensure that the text adopted at the last COP in Glasgow altered ‘phase out’ to ‘phase down’ with regard to the use of coal.

At the beginning of the conference earlier this month, the President of  COP27, Sameh Shoukry, had said that this COP would be an “implementation COP”, striving to put into action a host of previous commitments, such as getting developed countries to finalise a pathway to deliver on climate finance as well as set up a facility to pay for ‘loss and damage’.

The draft “welcomes” a loss & damage fund that was added as an agenda item but doesn’t mention a deal. This facility would involve paying reparations to small island states as well as developing countries for natural disasters already underway due to climate change from historical emissions. The European Union on Friday morning had reportedly agreed to such a fund, but in return, demanded deeper emission cuts and donors to contribute to such a fund, including the world’s second-largest emitter. China has objected to this on the grounds that it is still classified as a developing country under the United Nations climate charter and therefore should actually be a recipient of such funds.

The draft also calls for a “roadmap” to double adaptation finance by 2025 to $40 billion. This refers to money made available to developing countries and those most vulnerable to climate vagaries to build defences against future climate threats.

A major ask from India and other developing countries is for the developed countries to make good on a 2009 commitment to allot $100 billion in climate finance every year from 2020. Costs have now increased and so developed countries must come up with a “New Collective Quantified Goal” by 2025, Indian officials have stated.

“A lot of issues including mitigation work program, the global goal on adaptation, loss and damage and climate finance are being negotiated as they remain contentious,” said Mr. Yadav.

Oxfam, a British charity organisation, has estimated that climate assistance provided to developing countries ($21-24.5 billion) so far was only one-third of the estimates provided by the intergovernmental finance group Organisation for Economic Co-operation and Development (OECD) on the money contributed by rich countries. The discrepancy is due to a lack of clarity on the definition of climate finance, which currently includes commercial loans. COP27 was expected to clear this sticking point.

The draft documents also expressed “serious concern” that despite all the nationally determined contributions by countries – that lays out steps to curb emissions in the years ahead – net emissions are expected to be only 0.3% below the 2019 levels, which was “not in line” with the need to keeping global temperature rise within 1.5 to 2°C.

Girls being forced into prostitution in Rajasthan: National Commission for Women