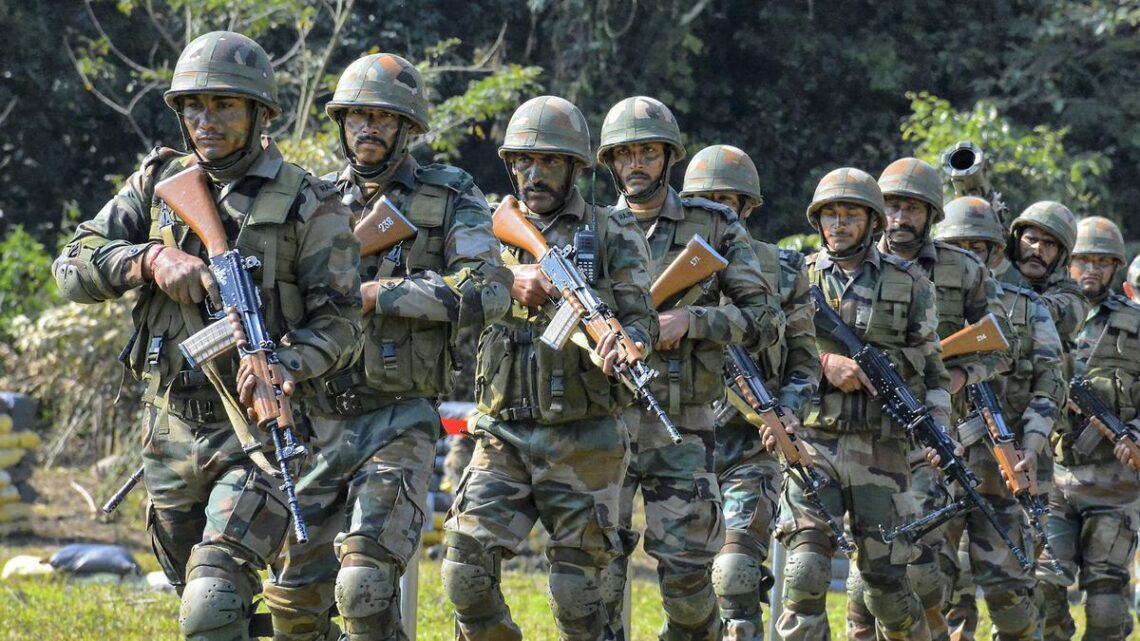 
A file photo shows the Indian Army personnel carrying out drills near the Line of Actual Control in Arunachal Pradesh.
| Photo Credit: PTI

The Chinese military on Tuesday defended its actions in the Yangtse area of Tawang sector in Arunachal Pradesh and blamed India for triggering the December 9 clash by “illegally crossing” the Line of Actual Control (LAC).

People’s Liberation Army (PLA) Senior Colonel Long Shaohua, spokesperson for the Western Theatre Command, in a statement said the Chinese military was conducting “a regular patrol in the Dongzhang area” on “the Chinese side of the LAC” when the troops were “blocked by the Indian Army illegally crossing” the line.

“We ask the Indian side to strictly control and restrain frontline forces and work with the Chinese side to maintain peace and tranquillity on the border,” he said. “Our troops’ response is professional, firm and standard, which has helped to stabilise the situation. Both sides have been under disengagement since then.”

In a separate comment, Chinese Foreign Ministry spokesperson Wang Wenbin at a daily briefing said the “current border situation between China and India is generally stable” and “both sides have maintained unimpeded communication on border-related issues through diplomatic and military channels”.

The December 9 clash along the LAC followed an attempted transgression by as many as 600 Chinese troops in the area, that were pushed back by the Indian Army. It has underlined the growing risks of “strategic miscalculation” along the border, a former senior Indian official said on Tuesday, with China’s increasingly aggressive posture wrongly discounting India’s willingness to respond.

The PLA’s recent LAC transgressions – including at multiple areas starting in April 2020 in the Western sector in Ladakh – reflected an aggressive posture, seen since 2013, as well as raised the question “whether there is a potential for strategic miscalculation by China after the military stand-off in Ladakh”, former Foreign Secretary and Ambassador to China Vijay Gokhale wrote in a new paper published on Tuesday by Carnegie India on China’s India policy.

“First, the ambiguity that prevailed in India’s decision-making and strategic circles as to whether China is a partner or a rival has been replaced by strategic clarity. China’s behaviour is now perceived as adversarial and few are willing to give it the benefit of the doubt….Second, the idea of strategic restraint has been redefined. This has involved a change in risk-taking appetite among the political class, as a result of which the Snow Leopard counter-operation at Rezang La/Rechin La was carried out in August 2022,” he said, referring to India’s countermoves in the south of Pangong Lake which pushed China to subsequently disengage on the north bank.

“This was an intentional escalation by India that was not anticipated by China,” he noted. “Thus the Chinese assumption that there will be no immediate backlash to low-level coercion on the LAC because India is risk-averse may no longer be valid.”

He said Chinese scholars “also need to revisit the idea that an Indian response to future military coercion will remain indefinitely low” as India “is now more willing and committed to enhancing military capacity in preparation for the situation of armed coexistence that it expects to prevail along the LAC.”

With growing tensions along the border – first in the Western sector and now in the East – there was a urgent need for better risk management, Mr. Gokhale argued.

“The Galwan incident has shown that, contrary to Indian hopes, preventive measures and the pursuit of peace and tranquillity may not be sufficient to deter a China that believes it has military advantage along the LAC,” he cautioned. “Thus, given that there is likely to be a military imbalance there in the short term, India should prioritise the pursuit of higher-level risk management. This is qualitatively different than seeking peace and tranquillity—risk management shifts the focus from the ground-tactical level to the politico-strategic level. Dialogue at this level would reduce the risk of escalation to an undesirable threshold. Thus, the resumption of political dialogue, which has been suspended since November 2019, is essential. It is untenable that two major Asian countries that are also neighbours as well as nuclear weapon states refrain from conversations about the state of their relationship.”