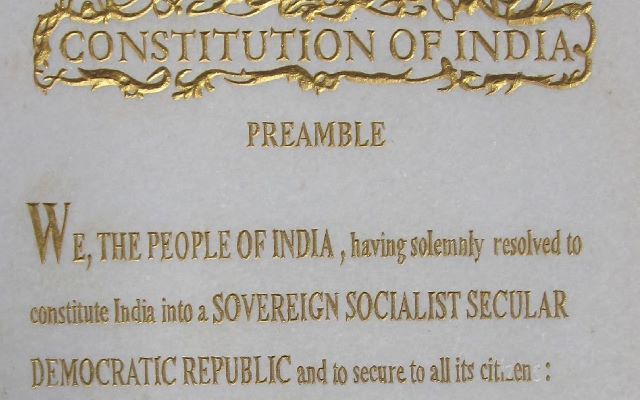 As India completes 73 years of Independence, we can only think of the developments and advancements that were witnessed over these years. In our ‘tryst with destiny,’ as it was called by our first Prime Minister Jawaharlal Nehru, India has achieved so many goals and desires of our freedom fighters. Our economic and market system was changed completely, agriculture achieved new heights largely owing to the ‘Green Revolution’, our education sector saw thorough development and even attracts foreigners now, people from different countries even come to our country for cheap medical treatment, and most importantly the developments in Science, our country has several firsts in various fields, Indians have there mark everywhere, be it space or Mars,  India designed and developed Asia’s first nuclear reactor ‘Apsara’ in August 1956, and has palpably achieved a lot in the same field since then; we have witnessed numerous space missions and related missions and whatnot. As a nation we have come so far, facing arduously all the challenges that came in our way. Though some challenges continue to resurface periodically, defying all the efforts to eradicate them.

A PIL was made in SC to remove ‘Socialist’ and‘Secular’ from the Preamble of the Constitution stating the 1976 amendment to be ‘‘antithetical to the constitutional tenets as well as the historical and cultural theme of India recently. We all know, India was made to be a Secular State and no religion was declared to be the official religion of India. Secularism was and continues to be one of the most basic and crucial features of our constitution and a principle that defines our country at large. It has its roots in the freedom struggle of India and was one of the main guiding propositions of major leaders like Mahatma Gandhi, Tipu Sultan, and Jawaharlal Nehru to name a few. The word secular, however, came with its own challenges for our country to face during the initial years of Independence. How was the term ‘secularism’ to be interpreted? How would it impact people’s life as a whole? How was ‘secularism’ to be practised?

When we talk of ‘secularism’ in India the main centre of focus remains on the relationship between the Hindu and the Muslim communities as they comprise the majority of the population of our country together. And the irony of this issue is, that even after 73 years of independence secularism remains to be one of the most controversial, consequential, and ambiguous subjects in India, even more so after the recent Citizenship Amendment Act 2019. The related violence and the resultant events brought back tragic and unforgettable memories of the past.

The origin of this disturbance in the relationship of the people of these two communities basically arises from the partition of India in 1947 and the horrendous events that followed. Mass-killings and the tragic events that unveiled as a consequence of the partition is a memory still not too distant in the hearts of the people. Though it would have been unquestionably difficult for the people of both these communities who witnessed the tragedies and atrocities of the partition analogously to follow the secular model and co-exist peacefully with the feeling of fraternity and togetherness, they managed to do so. Ignoring a few exceptions, India has been an exemplary Secular state ever since and any move to change the same should not at any cost be entertained.

Though India has not been able to achieve completely, the paradigmatic image of a nation that our constitution advocates; but keeping facts straight it’s not out-rightly even possible in a nation where basic obstacles like poverty, discrimination of several kinds, illiteracy, etc. continue to prevail at a huge scale, that we achieve the exemplary image our freedom fighters wanted us to. There remain a plethora of challenges in our way; the most immediate being the novel Coronavirus which too, however irrational it may seem, has been the cause of differences between the two communities for many instances. It’s high time, and the least we can do today is to let bygones remain bygones and eliminate the stereotypes and prejudices relating to caste, gender, etc. leaving no way for exclusion, hatred, or violence of any kind. And strive to develop and grow as a strong and united nation which was and always will be the Prototype of Unity in Diversity exhibiting the strength of togetherness.

73 years, but differences between people; the seeds of which were sown by the British still continue to torment our nation in multifarious ways. Incidents like the recent ‘Bengaluru Riots’  lead to upheaval in the dynamics of our country. Such hatred and violence posed by people on others by both communities alike, hamper the spirit of our constitution. However, we should not forget where it is evil, there is good as well. Where we see people resorting to violence, we also see others who work to protect the people.

Humanity is not dead we just need to embrace it and listen to our hearts. There are around 4,300 religions in the world, and none supports violence or hatred of any kind, but only love and compassion for everyone and everything created by the almighty.

Therefore, let’s enter the 74th year of our country’ s Independence focusing on the good and eliminating the evil within ourselves and the society; nurturing the nation with love, and strive for freedom once again, now against hate, violence, and differences.

Now let’s check some unknown facts about our country’s independence.