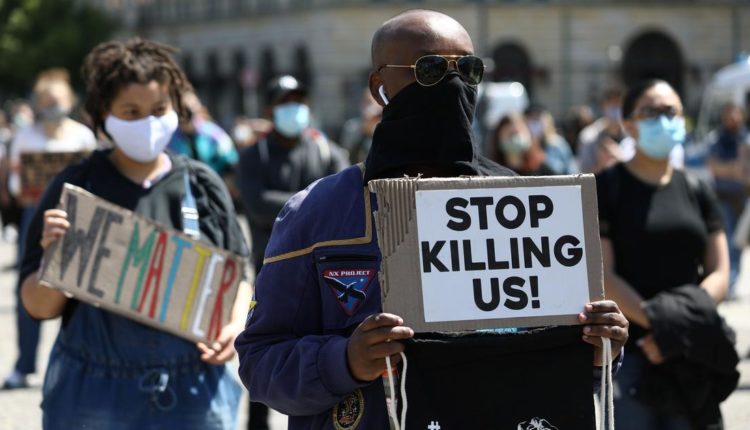 Can the US put an end to police brutality?

The extra-judicial killing of George Floyd is a reminder of just how little has changed. Racial profiling and extra-judicial killings have been around for a while now and unfortunately, the lawmakers haven’t done enough to curb them. The nation-wide unrest following Floyd’s death is clearly more intense in recent history.

Data suggests African-Americans are three times more likely to be killed in police shootings than white people; almost 42 per million were killed in such shootings. Among those killed, 17.3% of African-American victims were unarmed. They were also most at risk of being killed by an off-duty police officer.

The racial profiling of African-Americans dates back to as early as the 1700s in South Carolina in the form of slave patrolling. The members of the slave patrol focused on enforcing discipline and policing of slaves. They located escaped slaves and returned them, terrorized rebellions, and broke up slave meetings. These groups were disbarred from functioning after the end of the civil war. The end of the civil war brought industrialization in the United States, which later gave rise to organized labor movements. The then oligarchs and economic elites termed these strikes as riots and influenced police forces to dismantle them. These were done with the use of excessive force and mass arrests.

Shortly after the civil war, several racist laws were brought in by the government which dictated terms where can African-Americans live or work, how much they would be paid and where they could travel. These are dubbed as ‘Black Codes’ which were enforced for three years before they were termed illegal in 1868. They were replaced with Jim Crow Laws that mandated separate public places for whites and blacks. Schools, parks, neighborhoods, restaurants, and other public places had racial segregation and police forces were supposed to enforce them. This era saw a rise in lynchings and murders from mobs, with the authorities not punishing those responsible.

In the present times, years of police brutality have started numerous protests and have constantly raised calls for reforms. 99% of police killings between 2013 and 2019 have resulted in police personnel not being charged or convicted. So one has to ask – is there a way to end police brutality?

Various reforms have been suggested over the course of time to combat police bias and killings. One such reform is the introduction of body cameras. Roughly two-thirds of all U.S Police departments now film regularly via these cameras that are clipped to the shirt pocket or shoulder strap. The results of the use of these ‘body cams’ were rather unexpected. As per a study conducted by the Police Department of Washington, DC showed that having police officers wear the cameras did not have any major impact on officers’ use of force.

Some protestors have advocated hiring of minority police personnel to reduce police violence among people of color. However, studies show that hiring minority officers have not resulted in declining police brutality.

One significant issue is the militarization of police forces. The military has transferred over $5bn worth of equipment to local police since the 1990s under a special accusation program with the US Department of Defense. Many argue that as a result police function more like domestic soldiers rather than peacekeepers. The Obama administration had put restrictions on this program that could be used only to be overturned by President Trump a few years later.

Meanwhile, there have been certain reforms that have shown positive outcomes. When tighter restrictions on when and how police can use force were implemented, there was a decline in police brutality. For example, the San Francisco Police Department saw a 30% decline in the use of force by 2019 when these reforms were implemented 3 years ago. Police officers who are better equipped to handle mental health illness have also shown some promising results. Although these reforms have shown a reduction of police bias, they aren’t as widespread as they should be.

Health Minister of Delhi, Satyendar Jain admitted to the hospital on account of high fever and breathing issues.

Turkey begins Court Trial in the death of Jamal Khashoggi