The fire took the lives of four Egyptian labourers and engulfed houses and wildlife with it. 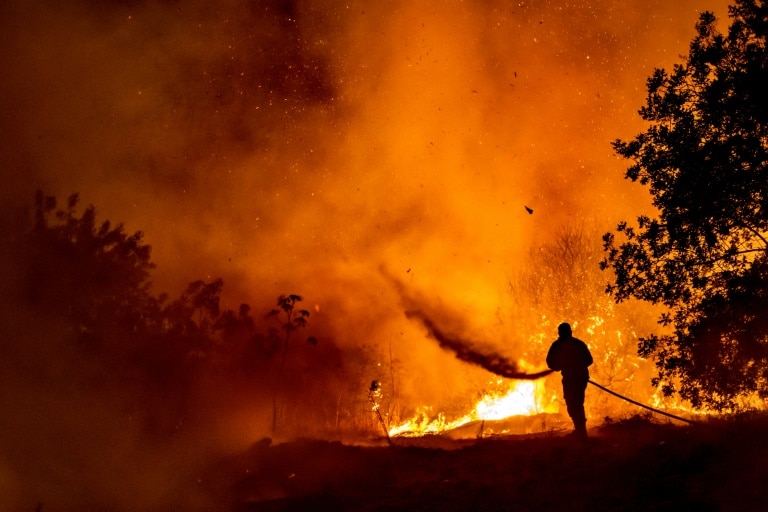 Cyprus has controlled one of the worst large-scale forests to occur in decades in the country. Though the fire has left the island nation in the eastern Mediterranean in ruins.

The fire was intensified by the strong winds and the heatwave extending the blaze to the  Troodos mountain range, destroying scores of houses, wildlife and killing four Egyptian labourers.

The cause of the fire which started on Saturday is yet to be known. Cyprus is known to have a high-temperature range and in recent times has been crossing more than 40 degrees Celsius (104 Fahrenheit).

However, the police are in the process of questioning a 67-year-old person on suspicion of igniting the fire.

According to the Independent, the fire took the lives of four Egyptian labourers. Around  34 square miles of forest and farmland were destroyed by the fire, an area larger than Glasgow or Exeter and equivalent to around 16,500 football fields.

The burnt-out vehicle of the four labourers and their bodies were found at a distance of 600 metres.

A policeman said that they may have tried to flee from the scene, got out from the vehicle but ran exactly in the direction where the fire was coming howling with the wind.

It appeared their last trial at attempting to survive. The Egyptian government confirmed that the four farm workers were from the North African country. Moreover, President Nicos Anastasiades also extended his solidarity and pledged to “stand by the victims”.

The fire was put down because of the immediate water release by the Israeli and Greek aeroplanes. President Anastasiades expressed his gratitude to the forces sent for help.

He wrote in a tweet, “Conveyed today our deep gratitude to @IsraeliPM  & @primeministergr for their immediate response in helping us control the devastating wildfire in #Cyprus.

Our excellent cooperation has proved once again to be catalytic in overcoming a truly life-threatening situation.”

With the help of more than 600 people, the fire was put off. British forces at two military bases in Cyprus gave their full effort along with the outside help that came from fire-fighting aircraft from Canada, Greece and Italy and Cyprus’s fire department and National Guard.

According to the Guardian, The CNA news agency reported of President Anastasiades visiting a crisis management centre in the village of Vavatsinia, near the fire centre. His opinion was that the fire has been contained but could resurge again.

Janez Lenarčič, the European commissioner for crisis management said that the EU’s “aerial firefighting capacity” has been put in motion and Italy and Greece have also sent their aircraft for help.

The EU’s emergency Copernicus satellite was also set in motion to provide damage assessment maps of the affected areas, the Commission said in a statement.

Forestries Department Director Charalambos Alexandrou told Cyprus’s Omega TV “It is the worst forest fire in the history of Cyprus.”

Spokeswoman Niovi Parisinou said, “The fire and forestry services inspected the affected communities and now consider them safe. The effort continues as complacency is not allowed until the final extinguishing of all fires.”

“Instructions have already been given for people to return where homes are deemed safe,” she added. Work on restoring electricity is continuing as well.

Investigating teams would start estimating the lost and damaged homes engulfed by the fire and other properties immediately, asserted Parisinou.